Four questions facing the Flames coming out of their pause 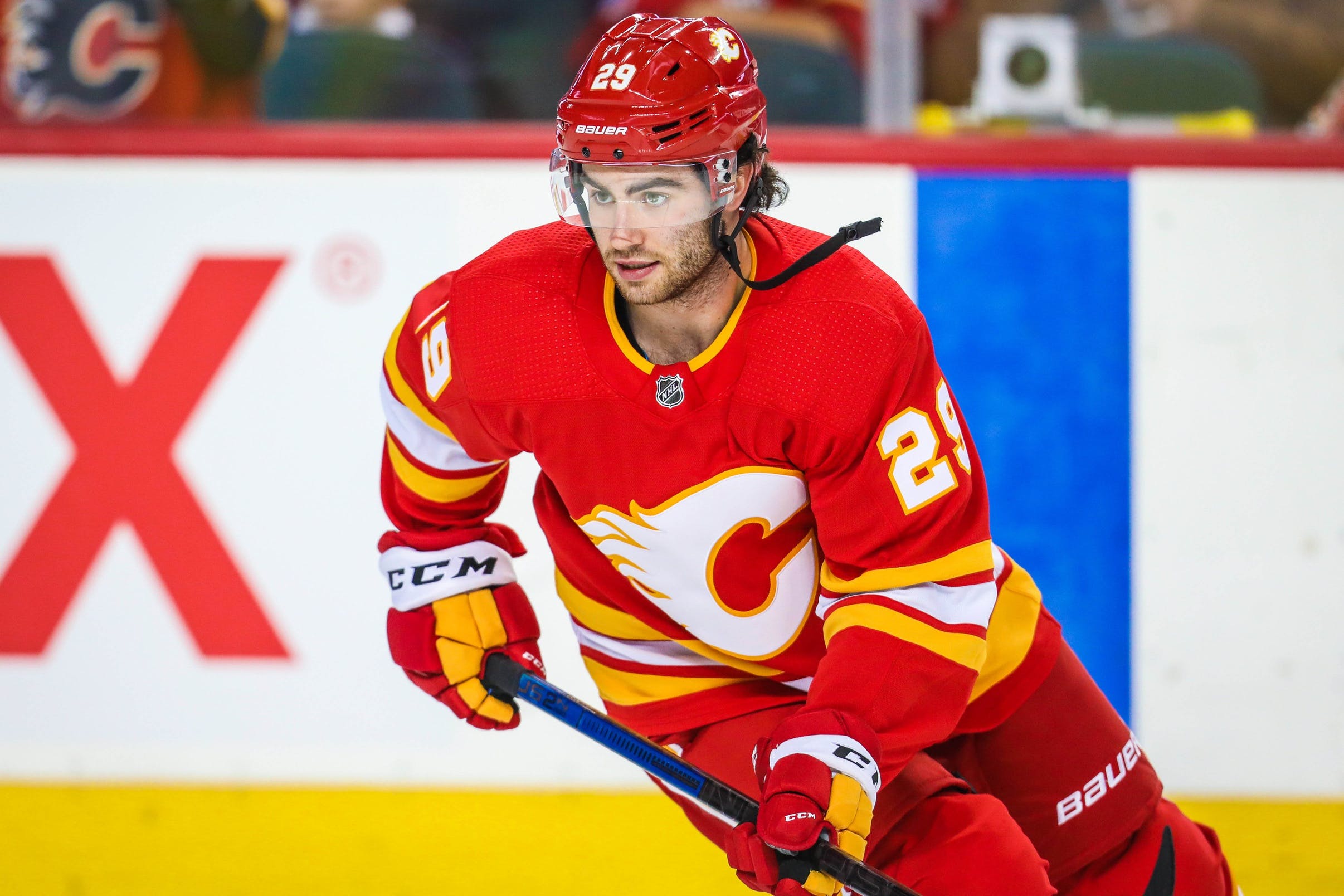 By Pat Steinberg
1 year ago
The Flames are finally back. After four days of practice, Calgary is set to return to action Thursday in Seattle. A lot has happened since their last game on Dec. 11, but here’s a refresher. The Flames have lost four straight. They’ve missed six games with a seventh coming up. And Calgary no longer sits on top of the Pacific, although they still own the division’s best points percentage.
On and off the ice, here are four questions staring the Flames in the face as they resume their schedule Thursday night.

Can Dillon Dube stick at centre?

Gaudreau-Lindholm-Tkachuk
Lucic-Backlund-Coleman
Mangiapane-Dube-Ritchie
Richardson-Monahan-Lewis
Calgary has rolled those forward lines throughout this week of practice, so it’s a good bet that’s how they’ll start Thursday vs. the Kraken. Dube’s move to the middle is the most significant change from the last time we saw the Flames play. It’s not the first time Dube has spent time at centre this season, but he hasn’t stayed there the prior two occasions.
With three goals and ten points in 28 games, Dube is one of the players Calgary is hoping for a little more from offensively. That said, I haven’t minded Dube playing down the middle this year. He brings speed to centre ice, which is an element the Flames don’t have a ton of at the position. Dube also has a nice connection with Mangiapane, so I’m curious how long this stint at centre lasts.

When will they play their next home game?

Due to attendance restrictions in this country, the NHL postponed nine Canadian home games on Tuesday. Calgary’s only affected contest was New Year’s Eve against Winnipeg, at least for now. With attendance limited to at most half-capacity in Canada, the league is kicking the can down the road in an attempt to reschedule games if/when restrictions are lifted later on.
As of now, the next scheduled home game for the Flames is Jan. 11 against the Islanders. However, if restrictions remain in place, don’t be surprised if that and other January home games are postponed in place of road games south of the border. Completely jacking up a schedule isn’t an ideal situation, but for revenue purposes, you can see what the NHL is attempting to do.

What can Brett Ritchie bring to the lineup?

Ritchie hasn’t played a game since sustaining a lower body injury in a fight with Nashville’s Mark Borowiecki on Nov. 2. He hadn’t skated with the team until their Boxing Day return, but he’s been practicing on a line with Dube and Mangiapane ever since. Additionally, Calgary has assigned Byron Froese to their taxi squad, which opens a roster spot for Ritchie’s return.
I know Ritchie is a divisive player amongst Flames fans going back to last season. But I’ll give the guy credit: Ritchie was just fine in the nine games he played prior to his injury. Ritchie won’t wow you offensively, but Calgary has outshot and out-chanced the opposition at five-on-five with him on the ice. Head coach Darryl Sutter likes Ritchie’s size and physicality, so now that he’s healthy, you can expect him to get a good run in the lineup.

How rusty will they be?

It’ll be 19 days between games if/when the Flames drop the puck in Seattle on Thursday night. That is a significant chunk of unscheduled time away, which leads to inevitable uncertainty about what they’ll look like upon their return. But there are a few reasons for positivity.
With Ritchie and Tyler Pitlick back practicing, Calgary is the healthiest they’ve been all season. Because so many players hit the COVID list at the same time, they won’t have to play severely shorthanded like so many other teams had to do. And, the Flames are getting a good chunk of practice time to find their legs, instead of being thrown right back into game action. This shutdown was anything but ideal, but it does have its silver linings.
For frame of reference, the last team to come out of a COVID break this long hit the ground running pretty well. The Vancouver Canucks were off from Mar. 24 to Apr. 18 of last season and returned to action with wins in three of four games. They also lost the next six games after that. It’s not an apples to apples comparison, but it’s the most recent example.