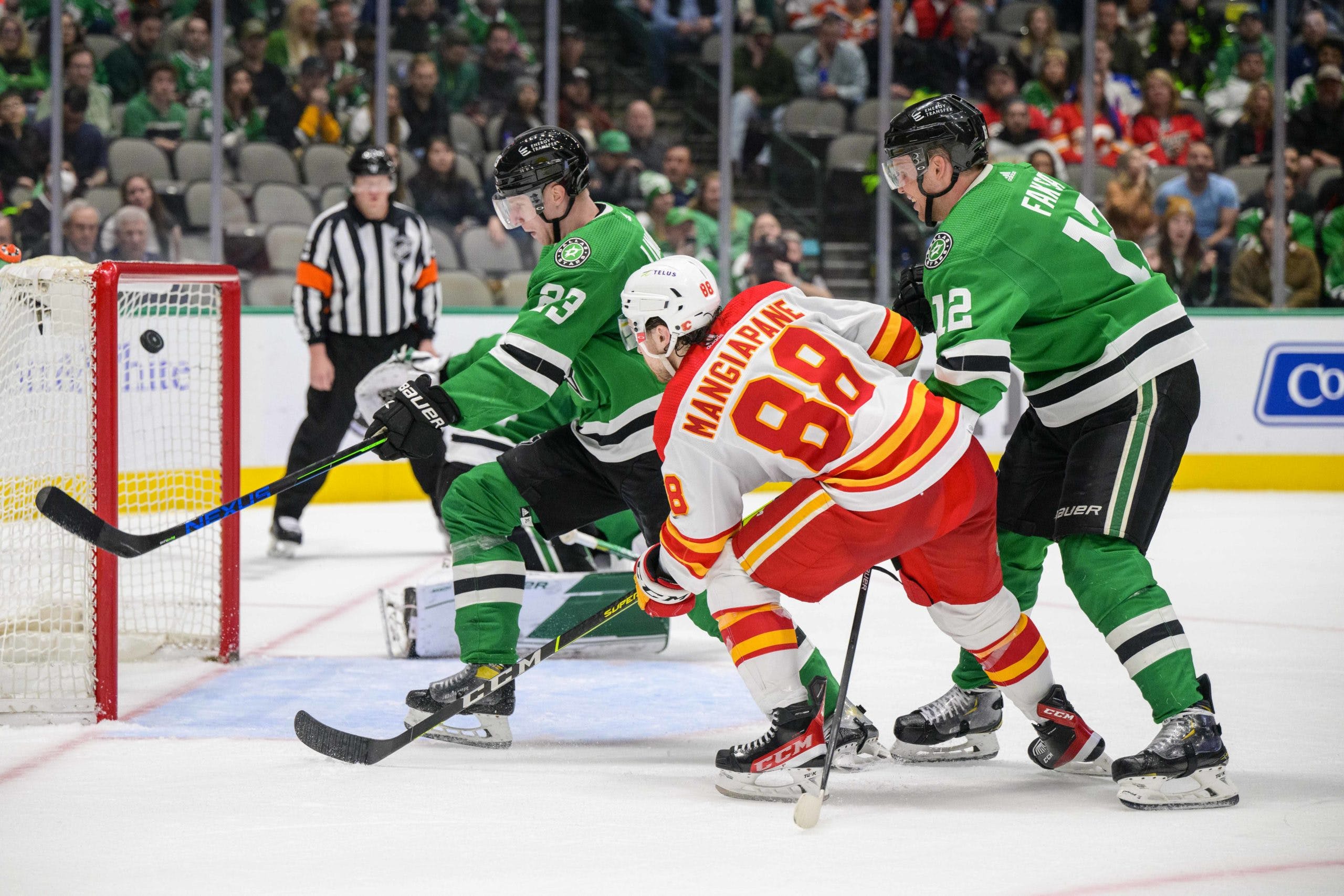 By Ryan Pike
9 months ago
The Calgary Flames now have an opponent set for the first round of the 2022 Stanley Cup playoffs. For the second time in three seasons, the Flames will face the Dallas Stars in a best-of-seven Western Conference quarterfinal series.
The Flames’ first round date with Dallas was cemented on a wild Friday night in the NHL.
The Flames won two out of three meetings with Dallas in the regular season, with a 4-3 overtime loss followed by 4-3 and 4-2 regulation wins.
The Flames finished first in the Pacific Division with a 50-21-11 record and 111 points. The Stars finished fourth in the Central Division (and in the first wildcard position in the Western Conference) with a 46-30-6 record and 98 points.
Here’s the schedule, via the NHL:
The Flames have never beaten the Stars franchise in the post-season. They lost to the Minnesota North Stars in six games in the third round of the 1981 playoffs, and most recently lost to the Stars in six games in the first round of the 2020 playoffs.
This will be the fourth consecutive post-season series for the Flames featuring a team that also relocated, following Colorado in 2019 (relocated from Quebec), Winnipeg in the 2020 qualifying round (relocated from Atlanta) and Dallas in the 2020 first round (relocated from Minnesota).
We’ll update with the first round schedule when it’s announced by the NHL.