Flames 7, Senators 3: They won! Also, something else happened… 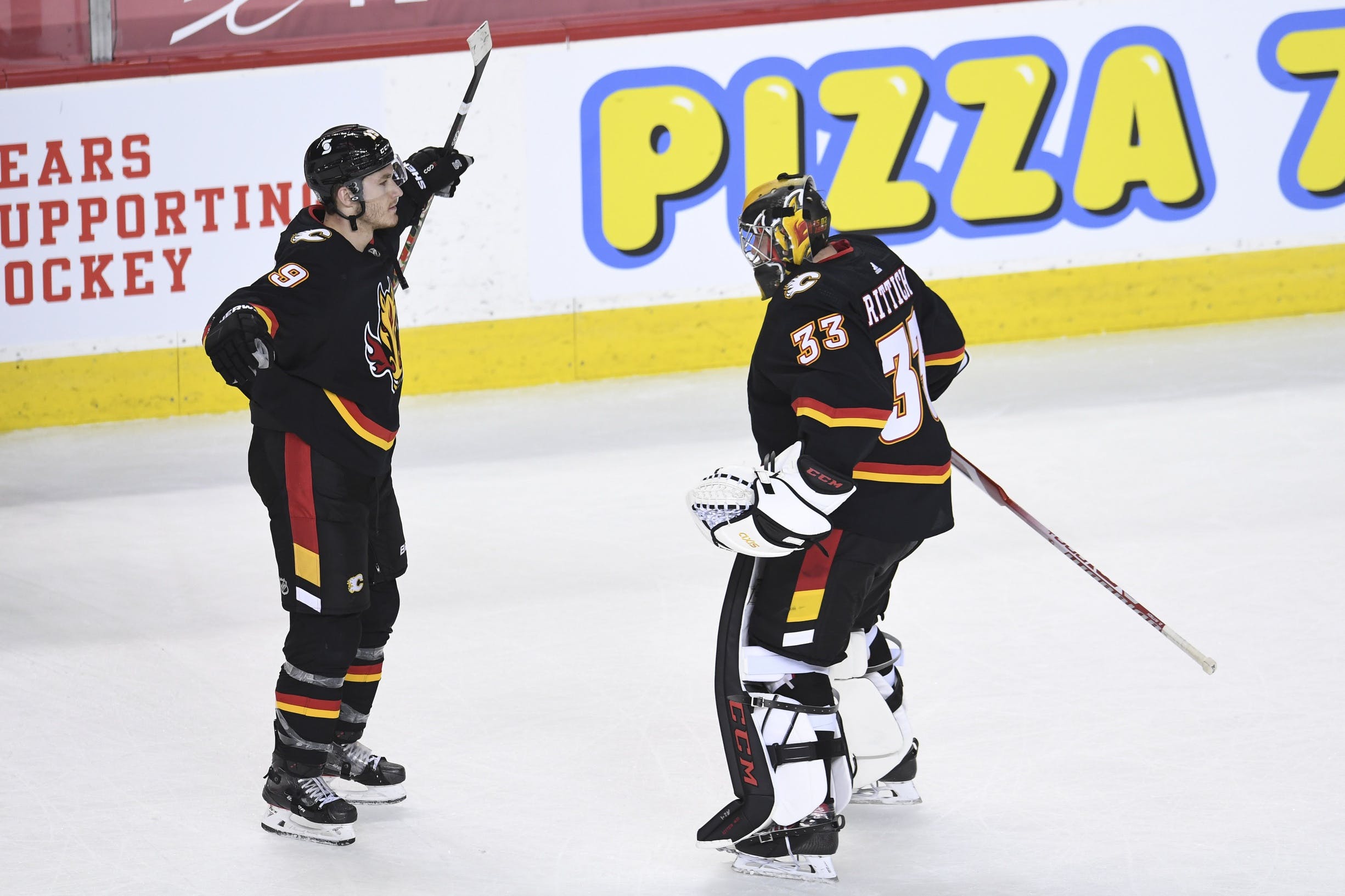 By Mike Gould
1 year ago
Was there a hockey game last night?
I mean, who knows? If two teams play a hockey game but nobody on the post-game radio call-in show talks about it, did it really happen?
The Calgary Flames allegedly dispatched the Ottawa Senators on Thursday by a 7-3 score. All substantiation of this “outcome” has been largely forgotten and supplanted by the white-hot discourse which began to resonate in Calgarian social circles mere minutes before the city’s clocks sounded 11 evening chimes.
Darryl Sutter is now the head coach of the Flames. He was not behind the Flames’ bench during their victory over Ottawa last night; instead, the team opted to announce the firing of previous bench boss Geoff Ward roughly an hour after his final win.
That sound you heard as you were heading to bed last night? That was the sound of thousands of Calgarians simultaneously screaming “…what!?” at maximum decibel output.
Yes, the coach who led the Flames to within one goal of the Stanley Cup in 2004 has returned. Sutter has two Stanley Cup championship rings in his possession as souvenirs from his six-year tenure as coach of the Los Angeles Kings.
Sutter only coached two full seasons (plus half the 2002-03 campaign) in Calgary before transitioning to the team’s general manager position full-time before 2006-07. He made his mark quickly as the team’s bench boss and led the Flames to a Northwest Division title in 2006.
In 2018, Sutter announced his retirement from coaching. The following year, he joined the Anaheim Ducks as an advisor to its coaching staff. Now, his comeback is complete. The Athletic‘s Pierre LeBrun reported Thursday that Sutter has signed a three-year deal to coach the Flames once again.
Under Ward, the Flames played bland, predictable hockey with rapidly diminishing underlying results. Some of Sutter’s past teams were able to take over games using physicality and puck possession. If he can bring that brand of hockey to Calgary, this team could be in good shape. Only time will tell.

Let’s be realistic: a move of this magnitude was likely in the offing for quite some time. The choice was announced shortly after the Flames’ 7-3 win over Ottawa but, with all the moving parts at play, the decision to make a change probably occurred well before Thursday’s opening face-off.
Sutter’s contract, alone, almost certainly took some time to put together. These types of negotiations are often complex and ever-changing.
That being said, despite its score ending up in Calgary’s favour, Thursday’s game still showed some evidence of the Flames’ recent struggles. The Senators outshot the home side 32-29 and controlled 54.44% of the expected goals at even strength.
The Flames opened the scoring very early in the first period on Thursday and built themselves a sizable cushion with which they could afford to play a more relaxed and less detail-focused game. The second and third periods were far less energetic for Calgary compared to their four-goal opening frame, although they only surrendered one high-danger chance at even strength in each of the final two frames.
Somehow, this play did not register as a high-danger chance for Ottawa:
Goaltender David Rittich was sharp for the Flames on Thursday, making 29 saves on 32 shots while making his sixth consecutive start. (In Sutter/2004 terms, is Rittich the Roman Turek to Jacob Markstrom’s Kiprusoff? Only time will tell…).

In other news: a player scored three goals in one game

Dillon Dube recorded his first NHL hat trick and it’s barely a top-three Flames news story right now! What a world we live in.
Dube’s three-goal performance was very refreshing; he led all Flames in the game by generating 0.34 individual expected goals. The defensive play of his line remained somewhat suspect—in just 8:58 at 5v5, Tkachuk/Lindholm/Dube surrendered 0.67 expected goals’ worth of chances—but all three players looked confident and prepared to play in the offensive zone.
Matthew Tkachuk recorded primary assists on all three of Dube’s goals and now has 19 points in 24 games. Dube is up to six goals on the year and has accumulated four assists in 21 contests.

Those pads are just incredible. It’s as simple as that.

It’s a play on my last name, see.
These “Gould Stars” will be used to recognize players who were noticeable—for reasons both good and bad—in the game being discussed. This is not a list of the three best players.
The Flames’ second Darryl Sutter era will begin on Saturday when the Edmonton Oilers come to town for a Hockey Night in Canada match-up. The game will start at 8:00 p.m. MT and will be televised nationally on Sportsnet and CBC.
Uncategorized
Recent articles from Mike Gould