Flames’ depth shines through in win over Golden Knights 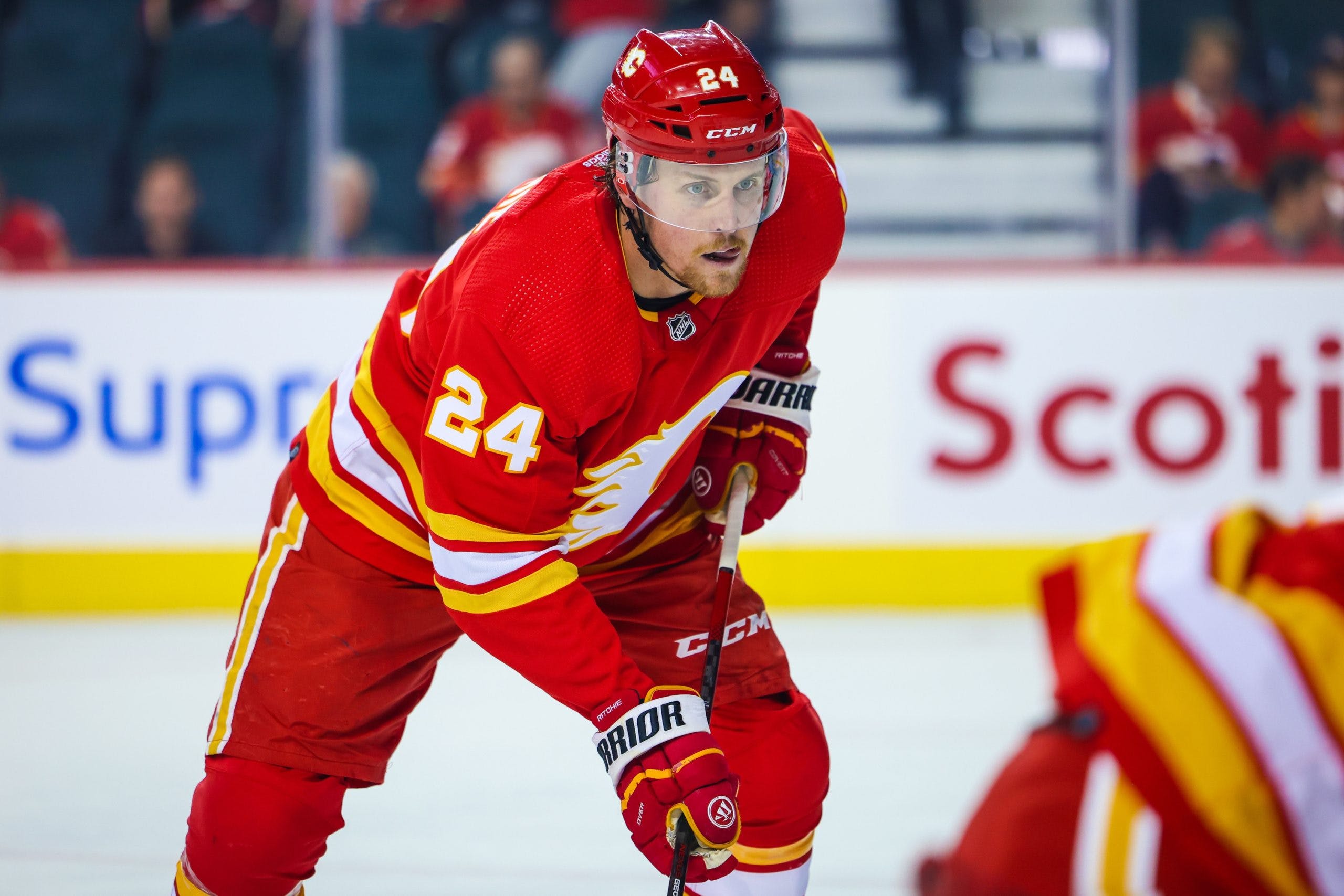 By Ryan Pike
1 month ago
In a game featuring as many big-name players on both sides as Tuesday night’s did at the Saddledome, it’s rare that the talk after the game revolves around how strong a depth line was. But that was the case in the Calgary Flames’ 3-2 victory over the Vegas Golden Knights.
The story of the game was the line of Brett Ritchie, Milan Lucic and Kevin Rooney. None of them registered a single point, but that trio was absolutely crucial to the Flames picking up the win.
The game swung on a very good second period from the Flames. But the thing that swung the period was that Vegas simply could not stop themselves from taking penalties.
(We cannot recall a player drawing three consecutive penalties in the same period before like Ritchie did.)
The efforts of the Flames, particularly their depth players, in the second period resulted in two goals (plus a disallowed goal after a coach’s challenge) in 9:48 of power play time. (Several of their power play personnel spent less than two minutes on the ice at even strength in the second period.) The Flames generated 11 shots on their power plays and four shots in their even strength time in the second period.
Post-game, head coach Darryl Sutter was appreciative for the depth players’ efforts – he later referred to some of the depth players as “champions,” and noted how important they were to the win.
“They should have assists on power play goals,” said Sutter. “They should announce them guys’ assists because they carried those guys that are on the power play for the first half of the game.”
Flames alternate captain Jonathan Huberdeau echoed his coach’s sentiments.
“I think Looch, Roons, Ritchie was really going, Lewis, those guys work really hard,” said Huberdeau. “I think they created so many opportunities, they put us on the power play three, four times in a row in the second. It creates momentum for us and that’s how we came back in the game.”
The Flames are back in action on Thursday night when they host the Buffalo Sabres.
News
Recent articles from Ryan Pike