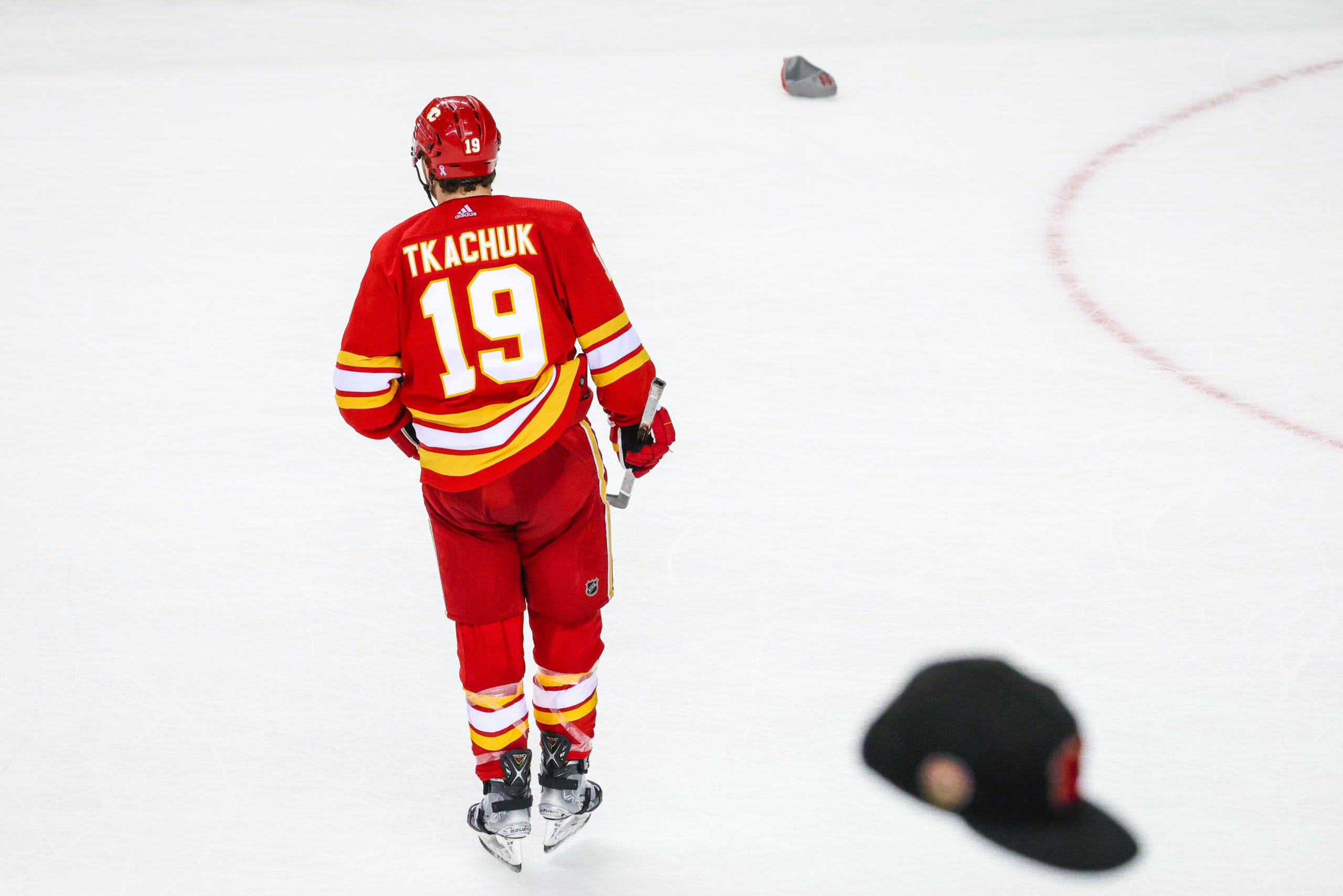 By Ryan Pike
6 months ago
There’s been a development in the Calgary Flames’ negotiations with restricted free agent Matthew Tkachuk. Per the club, they’ve filed for club-elected salary arbitration with Tkachuk.
Prior to the Flames filing for arbitration, Tkachuk had the option of accepting his one-year, $9 million qualifying offer prior to Friday at 3 p.m. MT, or signing an offer sheet with another club, or working out a long-term deal with the Flames. (Or simply waiting in an effort to get the Flames to up their offer.) The cards were all at Tkachuk’s disposal.
The Flames’ filing for salary arbitration slams shut the first two options: he can no longer accept his qualifying offer, nor can he sign an offer sheet with another club. He also can’t wait the Flames out, as the negotiation now has a clock on it. The Flames have drastically narrowed Tkachuk’s ability to manoeuvre.
Per the CBA, the Flames’ one-year offer to Tkachuk in arbitration will have to be at least $9 million. But the arbitration hearings run between July 27 and Aug. 11, which give the Flames more time to negotiate with Tkachuk, while running the risk to both parties that the arbiter might impose a deal neither of them like.
Based on our records, this is the first time the Flames have filed for club-elected salary arbitration.
It’s a fascinating gambit as the Flames try to lock down their best player to a long-term deal… or failing that, try to find a way to get some value for him in the trade market.