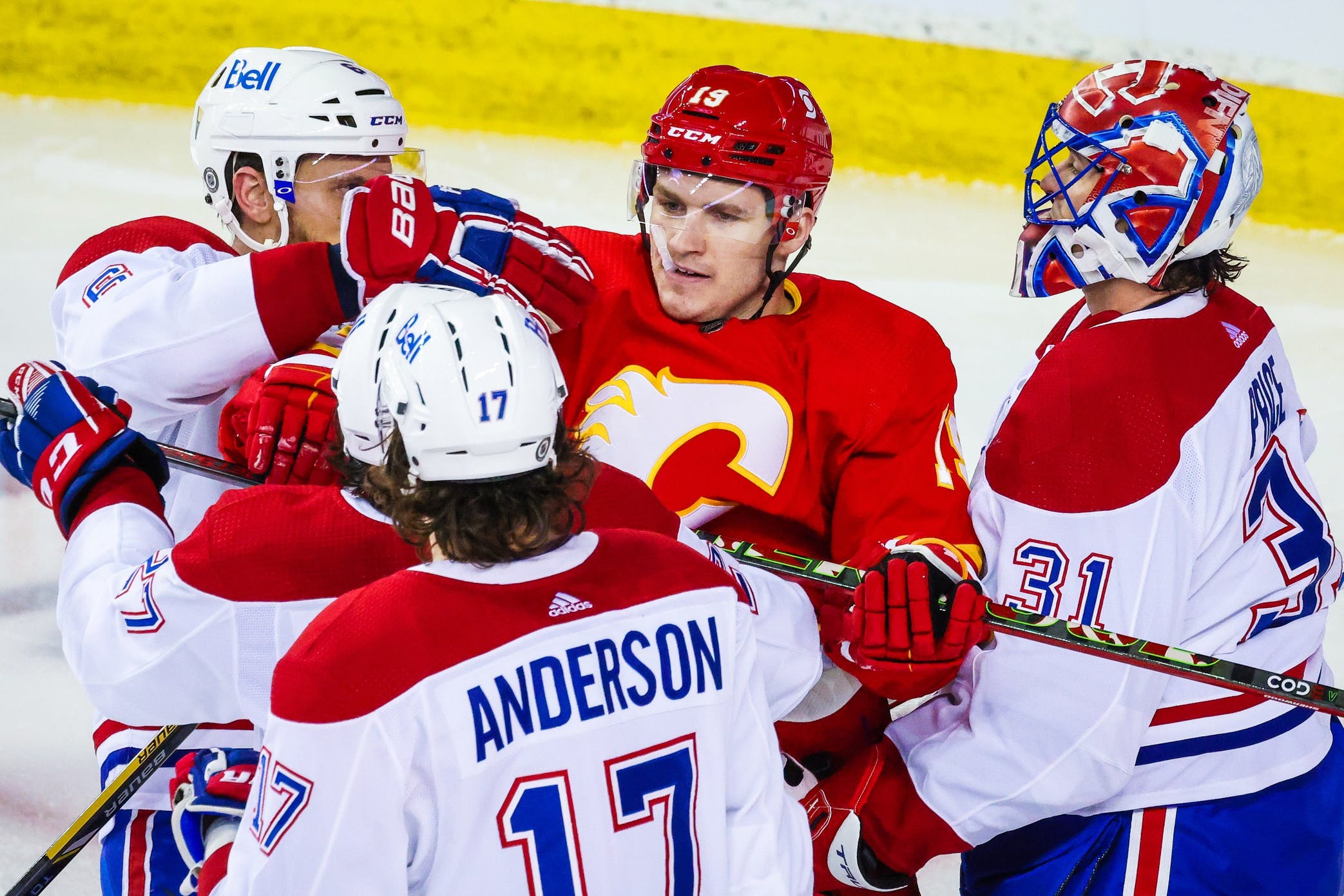 By Ryan Pike
1 year ago
The Calgary Flames have completed 35 games of their 56 game 2020-21 regular season schedule. They’re 5/8s through through their schedule, and it appears that they’re taking on quite a bit of water.
Underlying numbers via Natural Stat Trick.

(Percentage stats in this table are 5v5.)
Based on their underlyings, the Flames would’ve been expected to win twice in the past seven games. They won twice. And their underlying performances basically eroded across the board, with a pretty hefty drop in expected goals and high danger scoring chances.
In other words: the Flames got what they deserved.

Here’s how the Flames compare within the (Scotia NHL) North Division through 35 games:
In the previous segment, the Flames made some improvements almost across the board.
In this segment, it went almost universally in the other direction: the Flames got worse at almost everything. They’re below the median in their division at everything except their PK and their xGA/60… which is to say, they defend well. Everything else is clunky as heck.

First, the forwards (all situations, ordered by ice time). Last segment’s values in brackets.
Game scores: Positive values indicate positive impact, negative values reflect negative impact.
The five most common Flames forward lines were (in descending order):
Compared to last segment, we saw a lot more usage of Bennett, Lucic, Ryan and Rinaldo, and a fair bit less of Lindholm, Gaudreau, Mangiapane, Tkachuk, Dube and Nordstrom.
From an xGF% perspective, Tkachuk was a little better, Dube was about the same, and basically every other regular forward was noticeably worse. From a game score perspective, Lucic was better and basically every other regular forward was noticeably worse.
Now, the defence (all situations, ordered by ice time):
The three most common defensive pairings were (in descending order):
These haven’t changed all season.
From an xGF% perspective, everybody was worse across the board. From a game score perspective, Nesterov was a little bit better but everyone else was worse across the board.
And finally, goalies (all situations):
Rittich played once and was good. Markstrom played six games and struggled, though his numbers are partially a product of the guys in front of him. But he didn’t steal any games this segment, and the team really, really needed someone to steal them a game. Or two. Or three.
In summation: the Flames struggled this segment both as a collective whole, and as a collection of individual performers.
Uncategorized
Recent articles from Ryan Pike