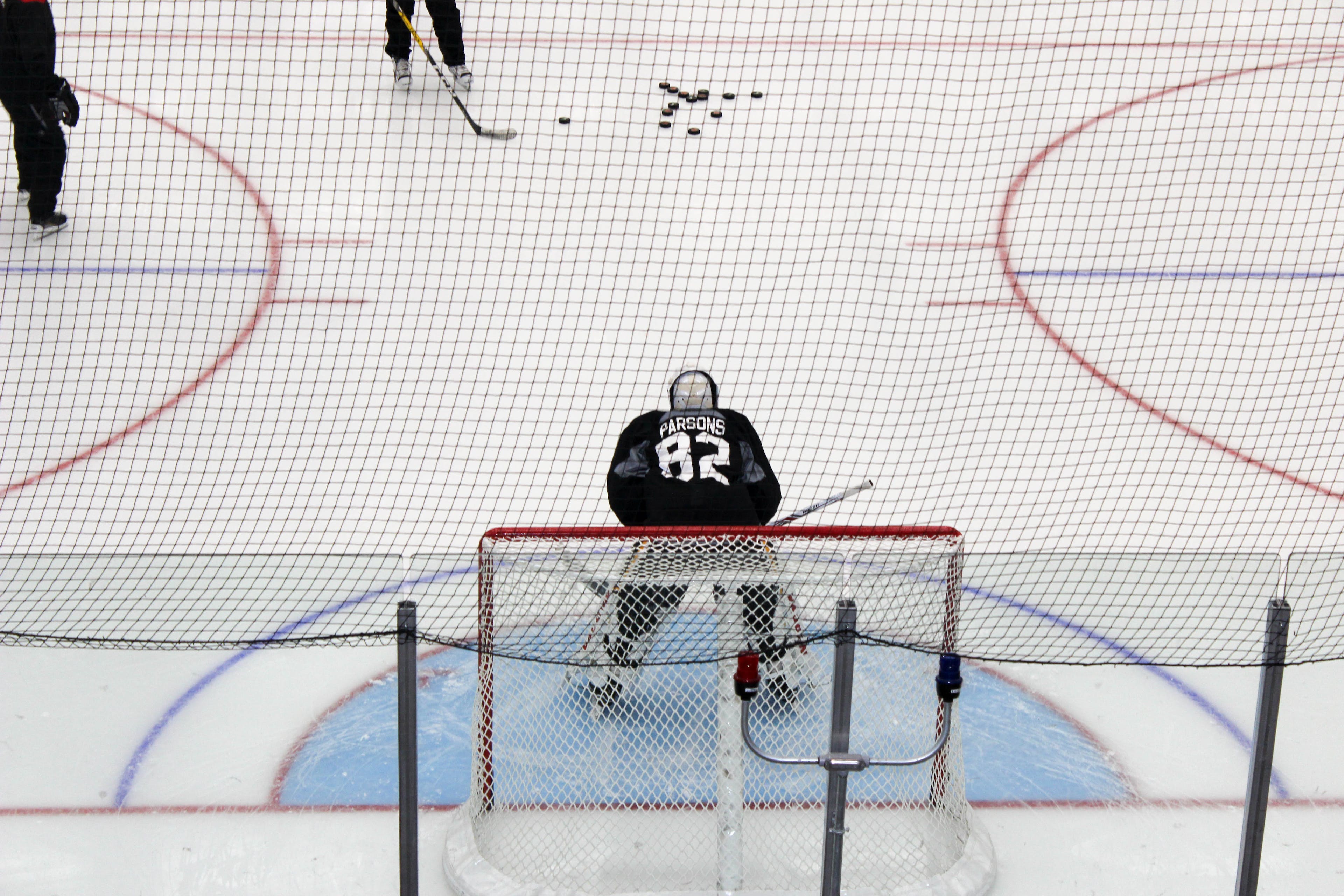 By Paige Siewert
4 months ago
The Calgary Flames and Kansas City Mavericks have had an affiliation agreement since the 2017-18 season. That officially came to an end on July 28, when the Mavericks announced on a Facebook Live press conference that they will be switching directions for their affiliation and will be with the Seattle Kraken in a multi-year agreement starting the 2022-23 season.
Being an ECHL team, the Mavericks did not see a whole lot of highly rated Flames prospects, but at their peak, they were part of goaltending development for the long list of prospects the Flames had in their system back 4-5 years ago.
At the time of their initial affiliation agreement, Flames’ top prospect, Tyler Parsons was coming off a World Junior gold medal and headed into his first professional season. With the likes of David Rittich, Jon Gillies, Eddie Lack, Mason McDonald and Nick Schneider looking to get playing time at any level.
McDonald and Schneider had their share of playing time in Kansas City while being in the Flames organization. Mason McDonald played 63 games with a 34-24-4 record over two seasons. He was a streaky goaltender but showed signs of grounded talent. If you dig deep enough into YouTube archives and fan videos, you can also see an incident of a goalie fight that was very memorable for anyone in attendance.
Schneider also provided some consistency and was not given much of a chance to move up. He played 60 games with a 20-31-6 record. He travelled with the Flames for their pre-season China trip in 2018, but did not end up getting any games in. He reflected on that experience as a standout moment in his hockey career in a post-game interview.
Since the rise of Flames goalie prospects like Dustin Wolf, the goalie chain in Kansas City has run a little short. The only goaltending prospect they’ve had down there in recent years was Daniil Chechelev. He got a few games in with Stockton last season but was primarily the go-to goaltender for the Mavericks last year.
Other notable players that went through the Kansas City pipeline through the years included Mike McMurtry, Koletrane Wilson, and Hunter Smith among others outside of the goaltending situation, though most that headed to the Mavericks were on AHL contracts.
This scenario feels like right place, right time for both sides. With the Flames moving their AHL team up to Calgary and the Kansas City Mavericks agreement only being extended on a year-to-year basis, a change like this does not seem detrimental. The Kansas City Mavericks replace the Allen Americans as the Kraken’s ECHL team and they will go into next season with the AHL’s expansion Coachella Valley Firebirds.
The Flames will be on the hunt for a new ECHL team this off-season and even their rivals to the north are in the same boat. They just beat them to the punch. The Oilers ended their affiliation with the Wichita Thunder on July 27. Wichita was just a three-hour drive away from Kansas City and their rivalry games felt the Battle of Alberta atmosphere.
At this point, the available teams for the Flames will be the Allen Americans, the Greenville Swamp Rabbits, and the Wichita Thunder. However, there could be other team announcements like this coming in the next few days that would clear up other affiliations as well. None of these teams is particularly close to Calgary so proximity is likely not a large topic of conversation.
There will be big AHL and ECHL announcements to come from the Flames organization this summer. Further affiliation news to come.