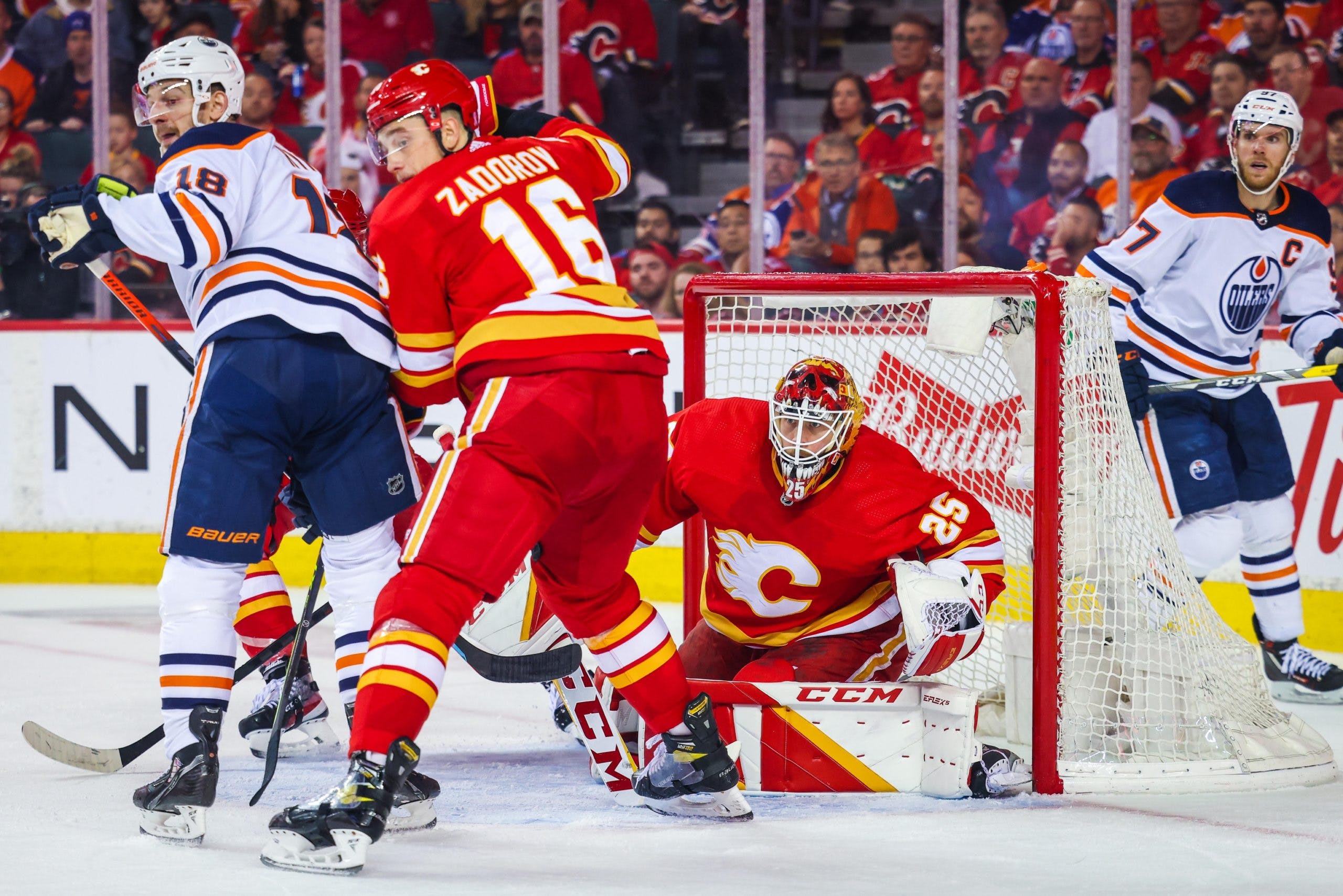 By Ryan Pike
8 months ago
Two days after playing not particularly well in a 4-1 loss, the Calgary Flames (5-5; 1st place, Pacific Division) look to bounce back in Game 4 of their second round series against the Edmonton Oilers (6-4; 2nd place, Pacific Division). The Flames were on their heels for much of the first half of Game 3, and didn’t really get themselves going until they were down 4-0 in the game. Can the Flames bounce back and play, to be blunt, closer to how they looked throughout the regular season?
The festivities begin at 7:30 p.m. MT. You can catch the game on CBC and Sportnet’s national feed in Canada (with Chris Cuthbert and Craig Simpson), ESPN2 in the United States (with Bob Wischusen and Brian Boucher), and over the airwaves on Sportsnet 960 The Fan (with Derek Wills and Peter Loubardias)!
For a look from the other side, check out OilersNation!

Projected lines via Daily Faceoff:
@Johnny Gaudreau – @Elias Lindholm – @Matthew Tkachuk
@Andrew Mangiapane – @Mikael Backlund – @Blake Coleman
@Dillon Dube – @Calle Jarnkrok – @Tyler Toffoli
@Milan Lucic – @Trevor Lewis – rotating
@Noah Hanifin – @Rasmus Andersson
@Oliver Kylington – @Chris Tanev
@Nikita Zadorov – @Erik Gudbranson
@Michael Stone
@Jacob Markstrom [5-5, 2.65 GAA, .912 SV%] starts in net, backed up by @Daniel Vladar. The scratches are expected to be goalie @Adam Werner, blueliners @Connor Mackey and @Juuso Valimaki, and forwards @Ryan Carpenter and @Adam Ruzicka.
Update: Tanev is in. Stone is staying in, with @Brett Ritchie bumped to the sidelines as the Flames go with 11 forwards and 7 defenders.
The Flames scored nine times in Game 1, but they combined for just four goals across Games 2 and 3. They allowed nine goals in Games 2 and 3. That is to say: they need to be better defensively and more opportunistic offensively. If you look back at the many goals they’ve given up in this series, sure, many have been Connor McDavid being a goddamn hockey wizard. But a lot of that has been helped by the Flames making key mistakes at key times.
Simply put: the Flames just need to stick to the process, stick to their systems and structure, and try not to give McDavid and his friends too many odd-man rush opportunities. Already down 2-1 in this series, it’s far past time for the real Flames – the one that played with pace, structure and intelligence – to make their presence known in the series.

Projected lines via Daily Faceoff:
@Evander Kane – @Connor McDavid – @Leon Draisaitl
@Zach Hyman – @Ryan Nugent-Hopkins – @Jesse Puljujarvi
@Warren Foegele – @Ryan McLeod – @Kailer Yamamoto
@Josh Archibald – @Derek Ryan – @Zach Kassian
@Darnell Nurse – @Cody Ceci
@Duncan Keith – @Evan Bouchard
@Brett Kulak – @Tyson Barrie
@Mike Smith [6-3, 2.55 GAA, .933 SV%] starts for the Oilers, backed up by @Mikko Koskinen. The projected extras are @Kris Russell, @Devin Shore, @Derick Brassard, along with many, many black aces. The Oilers have won two games in a row, so don’t expect any lineup changes given that recent success.
From an Oilers perspective, it’s hard to imagine they’re not pleased with their series thus far. They were down in Game 1, but managed to battle back before losing 9-6. They battled back in Game 2 and won 5-3. They were the better team in Game 3, winning 4-1. Sure, the bulk of their offense has come from McDavid, Evander Kane and Leon Draisaitl, but they’ve had some nice performances from Zach Hyman and Ryan Nugent-Hopkins, too.

These teams split their four regular season meetings evenly, with the home team winning every time, while the Oilers have won two of their three playoff meetings so far. 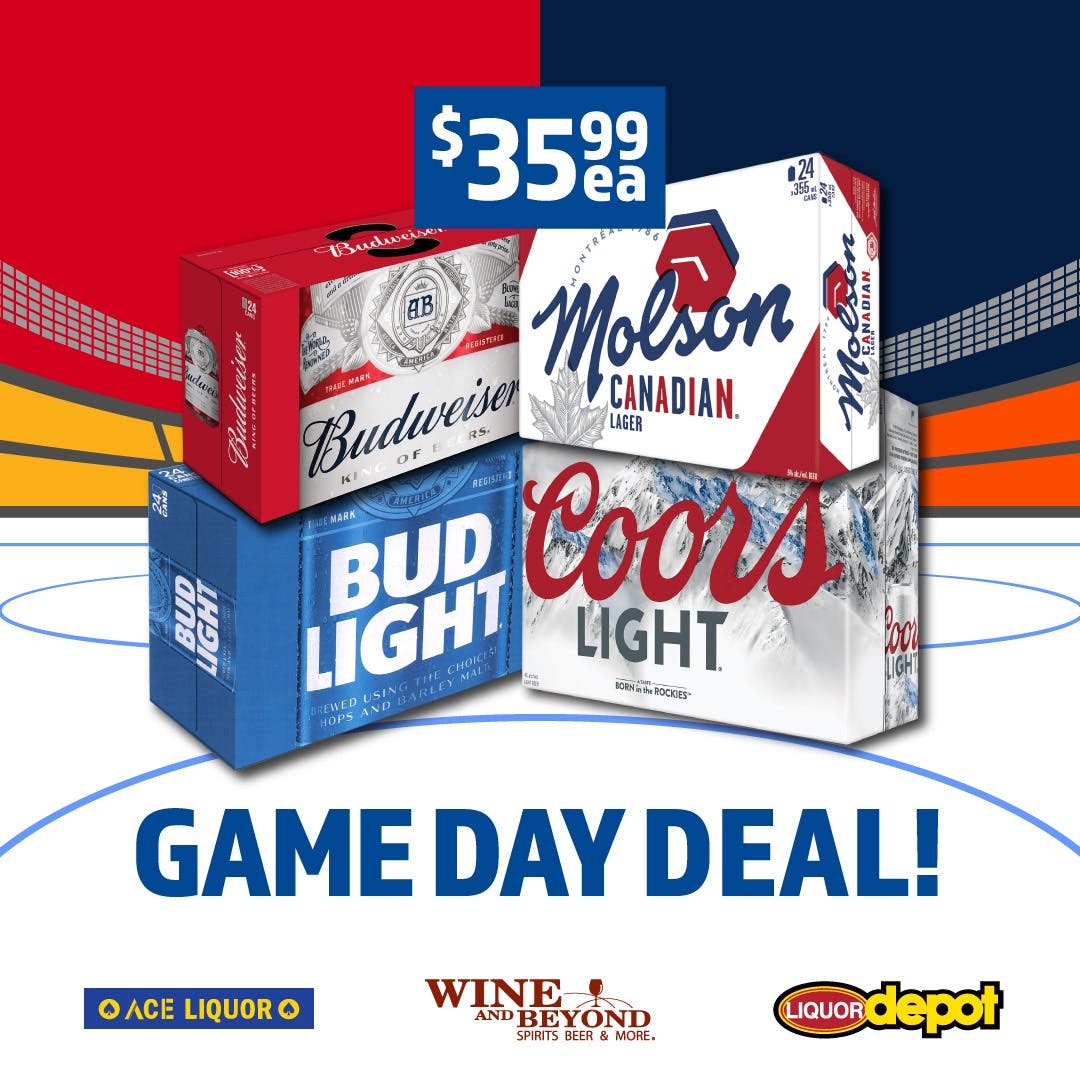