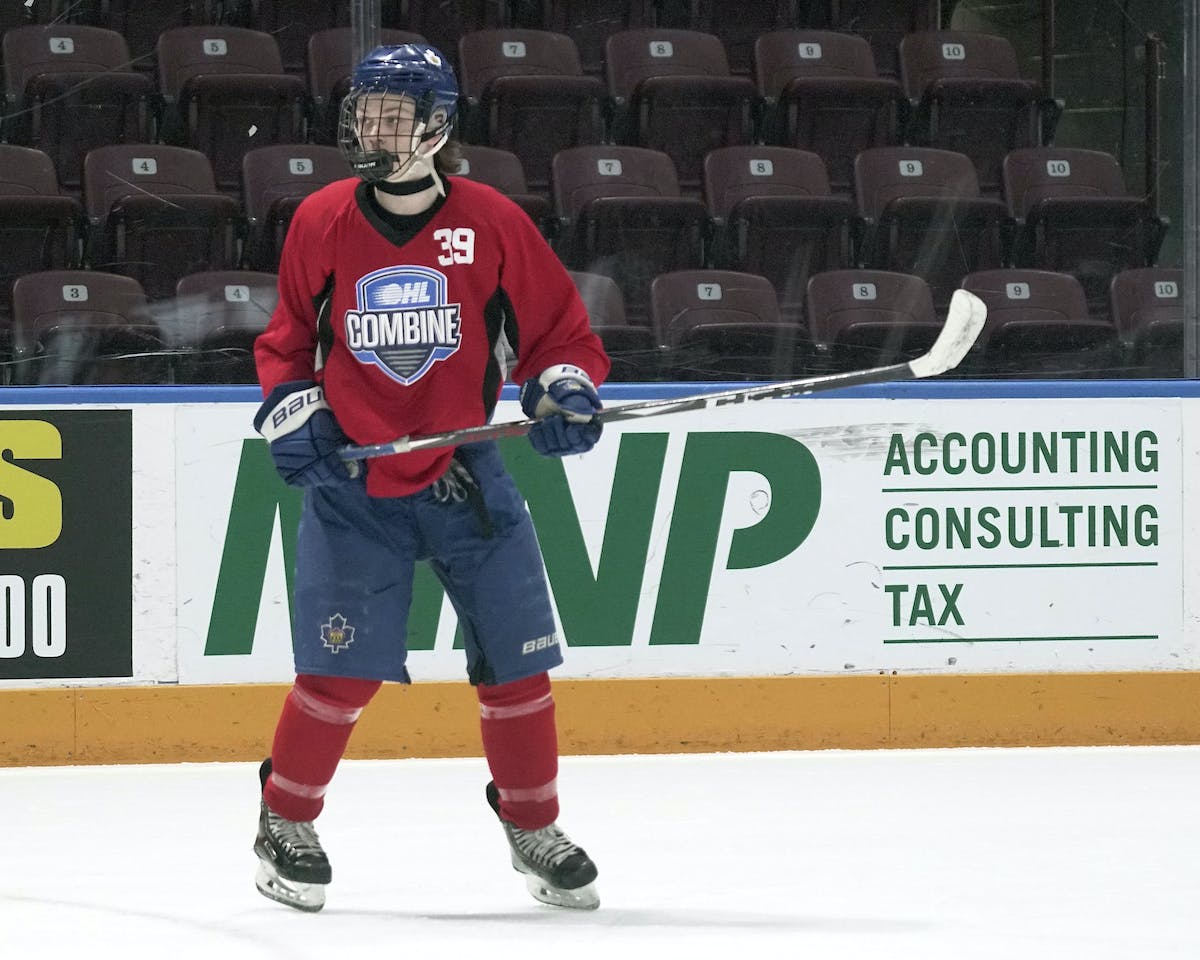 By Ryan Pike
9 months ago
Friends, hockey players get injuries from time to time: they’re large, athletic human beings that crash into each other at high speeds on the regular, after all. But Calgary Flames prospect Jack Beck suffered a doozy of an injury earlier this season. Over at The Athletic, Scott Wheeler delved into Beck’s injury and road back to game action. (It’s paywalled, but it’s a great read.)

It happened on one of two hits on the same shift in a Nov. 7 game between his Ottawa 67’s and the North Bay Battalion. The first was delivered to him by Battalion defenceman Ty Nelson as he skated the puck up the left wing. The second was delivered by him on Nelson moments later in the middle of the ice, knocking both of them to the ice.
They hurt, as any two big collisions would. Beck skated gingerly to the bench, but he finished the game.
It wasn’t until two days later, after he’d already participated in practice the following day, that he knew something was wrong.

Check out Wheeler’s full article at The Athletic, which illustrates Beck suffering a kidney contusion and his lengthy recovery. (Google “kidney contusion” and then imagine doing high-level anything just a few months after that happened to you.)
Beck returned to game action for the Ottawa 67’s on Feb. 13 after being out for just over three months. Despite missing time, he’s second on the 67’s in goals and third in points, all while playing roughly 30 fewer games than most of his teammates. A sixth-round selection by the Flames in the 2021 NHL Draft, Beck looks like a really good pick-up so far.