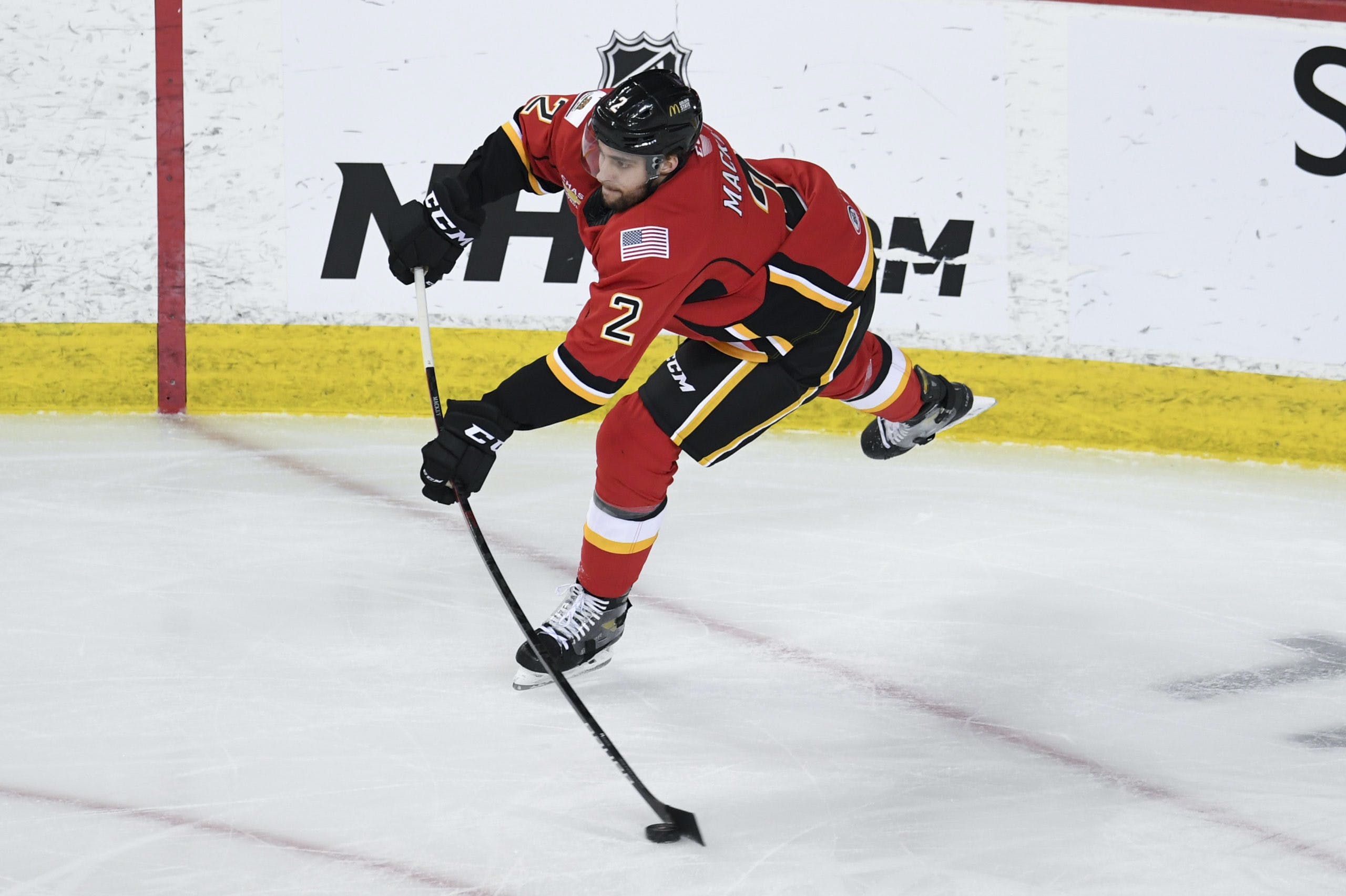 By Ryan Pike
8 months ago
In advance of Sunday’s game in Denver against the Colorado Avalanche, the Calgary Flames have made a pair of connected roster moves. The club has recalled defender Connor Mackey from the American Hockey League’s Stockton Heat and reassigned forward Adam Ruzicka to the Stockton Heat.
Oliver Kylington was unavailable on Saturday due to a lower body injury, so seventh defender Michael Stone slotted in and performed quite well. With a road game in a back-to-back situation, bringing up Mackey gives the Flames an extra defender in case anybody tweaks something during warm-up.
Ruzicka is the only waiver exempt player on the roster, so he’s the natural player to swap down to the farm short-term. He was a likely candidate to be a healthy scratch against Colorado anyway. This move guarantees one of Brett Ritchie or Brad Richardson rotates into the lineup for Sunday’s game.
With the move, the Flames still have a 23-man active roster: two goalies, eight defenders (including the unavailable Kylington) and 13 forwards.