Flames set the template with win over Capitals 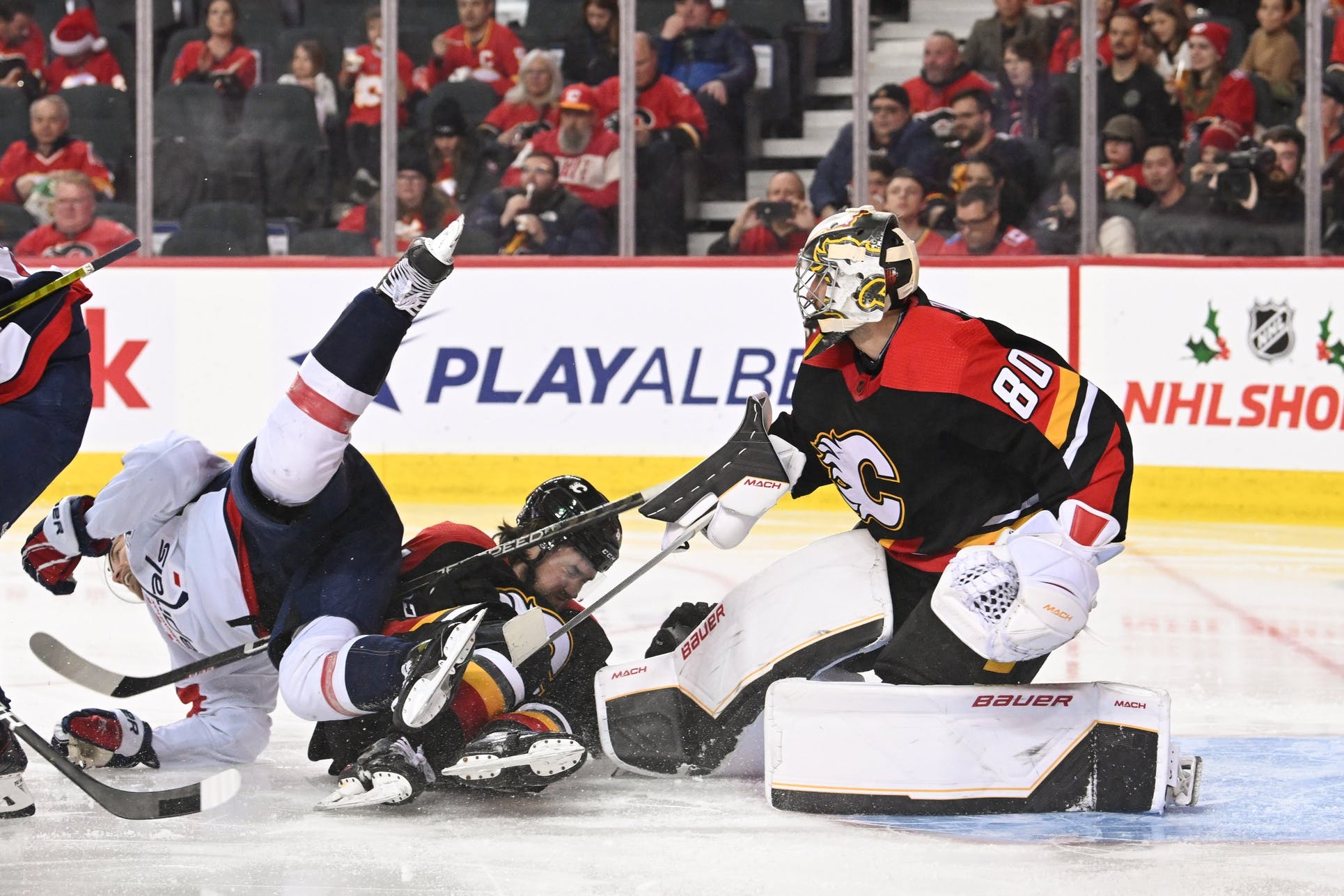 By Ryan Pike
1 month ago
There’s the old joke that a good plane landing is any that you can walk away from. By the same credo, any hockey game where your club wins is a good one, right? Well, in a season where the Calgary Flames have cobbled together quite a few imperfect wins, Saturday night’s 5-2 triumph over the Washington Capitals may set the template for how the team needs to play going forward.
So what worked?
Well, Dan Vladar was rock-solid in net. He didn’t need to be amazing, but he was called upon for a few key saves at key times, especially early in the game. He made 27 saves and didn’t allow any goals at five-on-five – Conor Sheary’s goal was on the power play and John Carlson’s was at four-on-four.
The Flames were quite good at five-on-five. Bolstered by a really strong performance from Adam Ruzicka, Mikael Backlund and Blake Coleman’s trio – who combined for seven points and 75% expected goals for – the Flames out-shot, out-chanced and out-scored the Capitals with both teams at full strength.
The Flames scored four five-on-five goals, all from the home plate area. It’s where teams want to get their chances for a reason, and the Flames got rewarded for going to that area repeatedly. Post-game, Backlund noted that Ruzicka called for the puck in the neutral zone on the game-winning sequence, and Ruzicka shared that he saw a gap and then saw an opening on Charlie Lindgren’s glove-side.
(Ruzicka’s confidence in offensive situations is visibly growing during the season.)
The Flames got contributions from throughout their line-up, though some were more effective than others.
Was the game a perfect win? Well, no. The Flames took too many offensive zone penalties, and their special teams need some work – they gave up a power play goal, while their power play was rather bland. Jonathan Huberdeau and Nazem Kadri both seemed to be fighting it offensively, as well.
But 48 hours after the Flames wildly out-shot the Montreal Canadiens but somehow found a way to lose, the Flames played a pretty strong game overall and were rewarded.
It was not a flawless game. The Flames have some things they can tidy up. But if they can mimic the overall flow and shape of Saturday’s effort in the remaining 58 games, they should be well on their way to getting to where they want to be.
Editorials
Recent articles from Ryan Pike