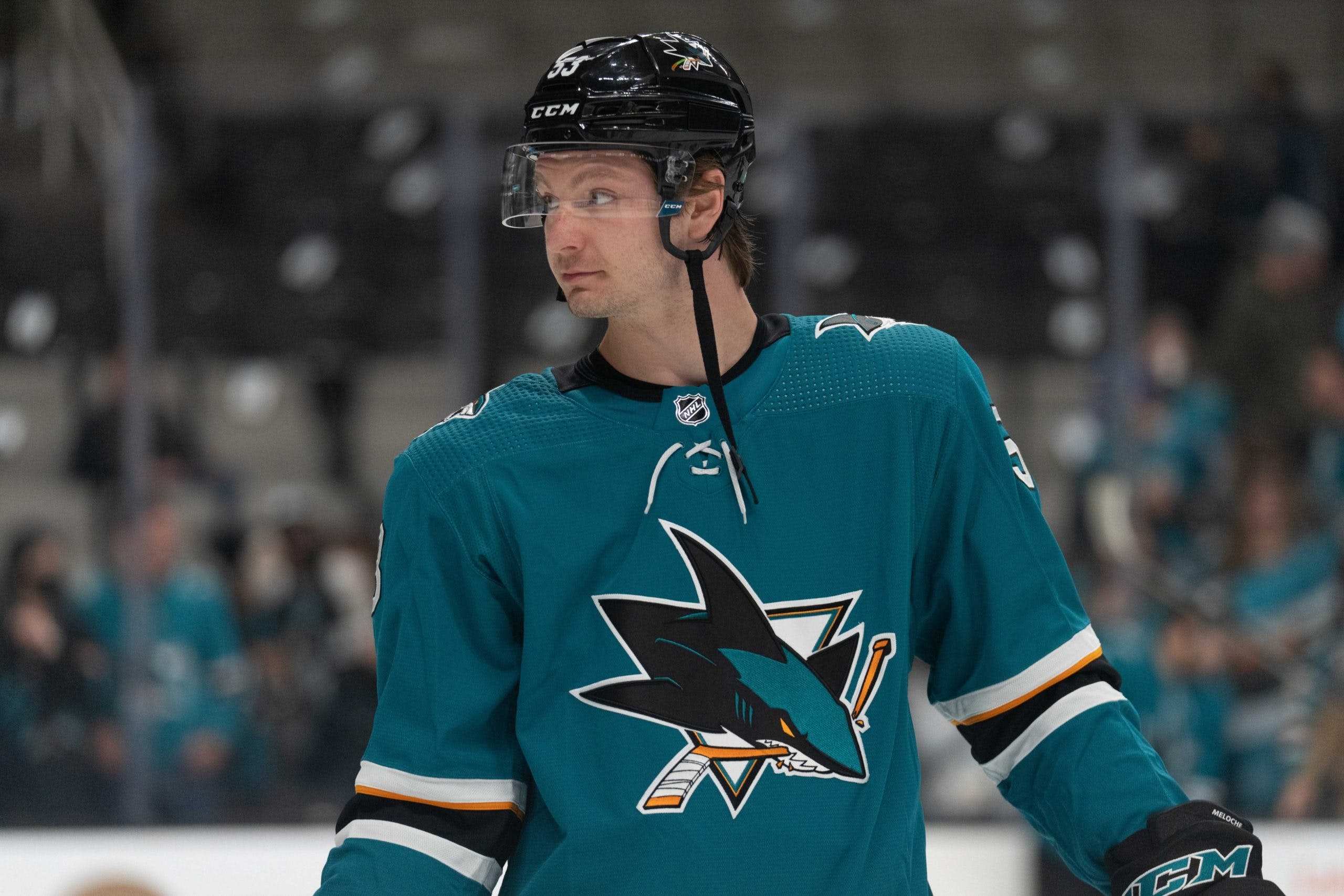 By Ryan Pike
6 months ago
The Calgary Flames have signed another player, this time shoring up their defensive group. The club has reportedly signed blueliner Nicolas Meloche to a one-year, $950,000 contract.
Meloche, 24, became an unrestricted free agent via the San Jose Sharks not tendering him a qualifying offer. He’s big (6’3″, 212) and is a right shot defender. He split the last two seasons between San Jose’s NHL and AHL teams, and when he was on the big club he was on the third pairing. He’s big, physical and defensively sound. In 57 NHL games, he has eight points.
Meloche’s role will defend on who else the Flames sign, but for the time being he seems like the third right-shot defender in the system behind Rasmus Andersson and Chris Tanev. Quite simply, the Flames didn’t have any NHL-caliber depth defenders who were righties on the farm, so inking Meloche fills an organizational need if nothing else.