FlamesNation prospect update: nearing the end of the line 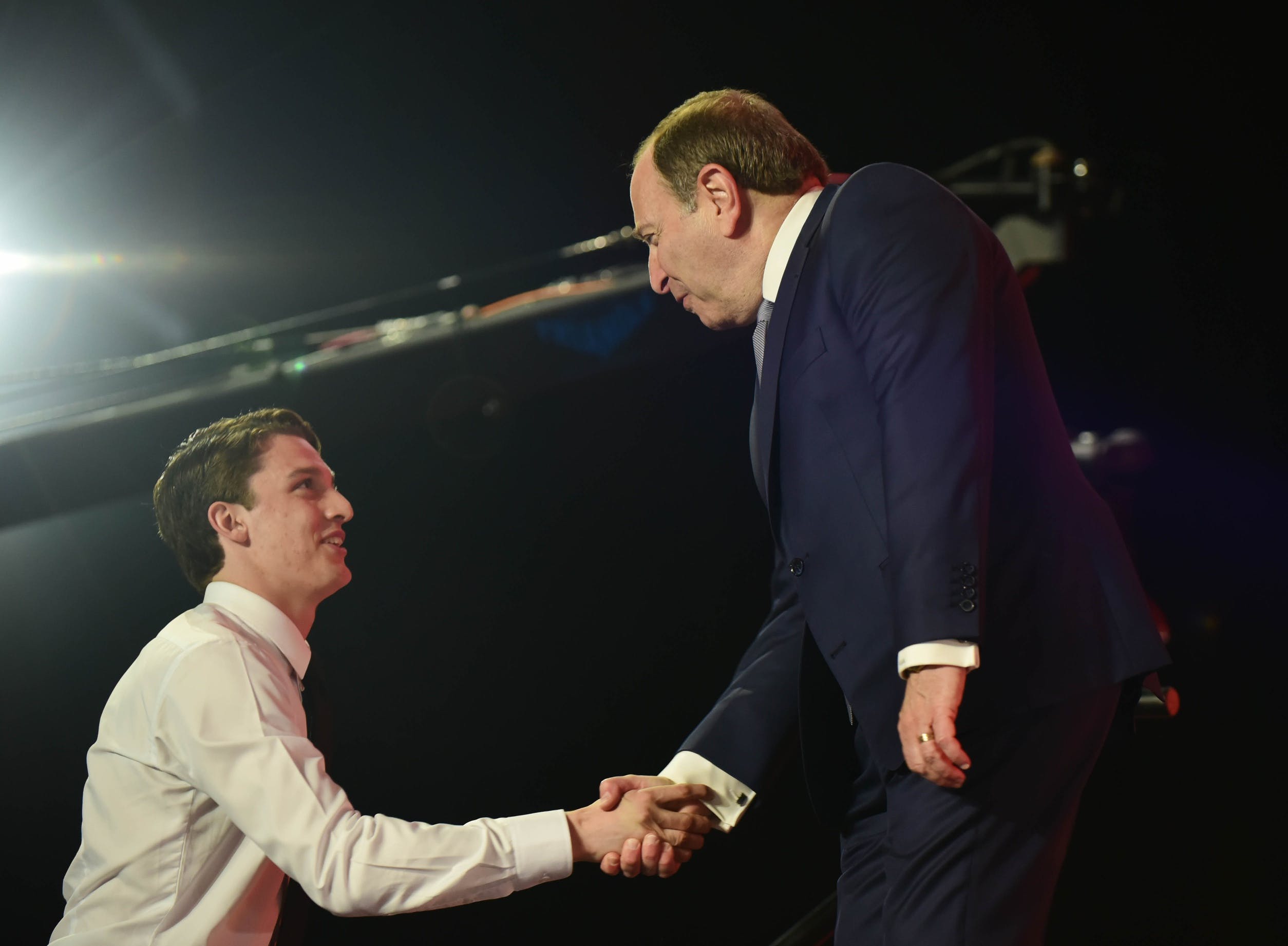 By Ryan Pike
1 year ago
The hockey season is winding down, friends. The American Hockey League schedule is complete for Stockton. European hockey is largely done. And the Calgary Flames only have a trio of players still playing meaningful games.
It’s time for our weekly check-in on the non-NHL kids.

Duehr’s first few pro games were a tad underwhelming, but remember that the jump from college to minor pro can be pretty big. We’ll see what kind of adjustments Duehr can make over the summer to get ready for full-time pro hockey in the fall.

The bad news is Saint John finished second in the QMJHL’s round robin playoff featuring the New Brunswick teams, winning three and losing three. But Francis was a force in their games, leading the Sea Dogs with 10 points. The Sea Dogs won’t advance, but Francis went out like Willie Nelson: on a high.

Among all the players, Kerins arguably had the weirdest pandemic. He followed up a season where he played 64 OHL games with a season where he played… four. That said, when we chatted with Flames assistant general manager Brad Pascall, he noted that was sort of the plan. Had Kerins stayed in Ontario, he wouldn’t have been able to do much skating, practicing or much of anything. So Kerins agreed to come to join the Heat; he didn’t get to play much, but he got a lot of time in with their coaching staff and hopefully laid a foundation for a big 2021-22 season.

Kirkland missed Stockton’s last game, and most of their last several games, with an injury.

Like Duehr, Kuznetsov made his pro debut this season with Stockton. Kuznetsov also didn’t hit the scoresheet, but he played a bigger role and was more noticeable on the ice.

Lerby was a scratch for Stockton’s final game. He essentially became Stockton’s seventh defender once Kuznetsov arrived – and was a scratch occasionally before that, too. We’ll see what happens with him this off-season, but reportedly his old team in Malmo wants him back.

Pelletier was idle this week as the rest of the Quebec side of the playoffs shook out. Val-d’Or, the best team in the league, will play Rimouski, the lowest surviving seed from the first round. Pelletier had five points in the Foreurs’ first round sweep.

Pettersen had a quiet last week, but his season will continue. He’s off to Latvia to represent his beloved Norway in the World Championship. He’s previously represented Norway in two Under-18 Division 1A Worlds and the Division 1A World Juniors, but this is his first chance to play when Norway is in the highest level and play against the best international teams.

Phillips’ season is over and he’s likely a contender to get a quick look from the Flames. He was recalled last season but never had a chance to make his NHL debut, so hopefully the big club rectifies that.

Referred to by Pascall as the Heat’s most consistent player, Philp had a solid if unspectacular season. His offensive output was much more balanced than it was last season, where he scored many goals but didn’t generate quite as many assists.

Like Francis, Poirier’s season is over after Saint John didn’t win their round robin playoffs. But he finished second on the team with nine points.

Poolman finished off his rookie pro season quietly. He was solid if unspectacular for Stockton overall.

Pospisil missed the last chunk of the season with shoulder surgery, and an unrelated knee injury that did not require surgery.

Ruzicka finished tied with Phillips for the Heat scoring lead. Like Phillips, he’s probably at the front of the line for NHL look-sees.

Tuulola scored the last Stockton goal of the season and did so in style: shorthanded.

Yelesin had a shorthanded secondary assist in Stockton’s last game. He didn’t play any NHL games this season, or even get on the taxi squad, so one has to wonder if he’s sticking around or if he might head back to Russia.

Parsons missed two scheduled starts with food poisoning, which was a rough ending to a weird season for him. But at least he got to take advantage of how weird the timing was this season, because in a normal year there would be no May games for him to return to.

Wolf’s running out of runway to break the WHL shutout record, but he’s still one of the top goaltenders in all of junior hockey. He’s second in the WHL in goals against average, first in save percentage and tied for first in shutouts and wins. He’s pretty good and has three games left on his schedule.
Uncategorized
Recent articles from Ryan Pike