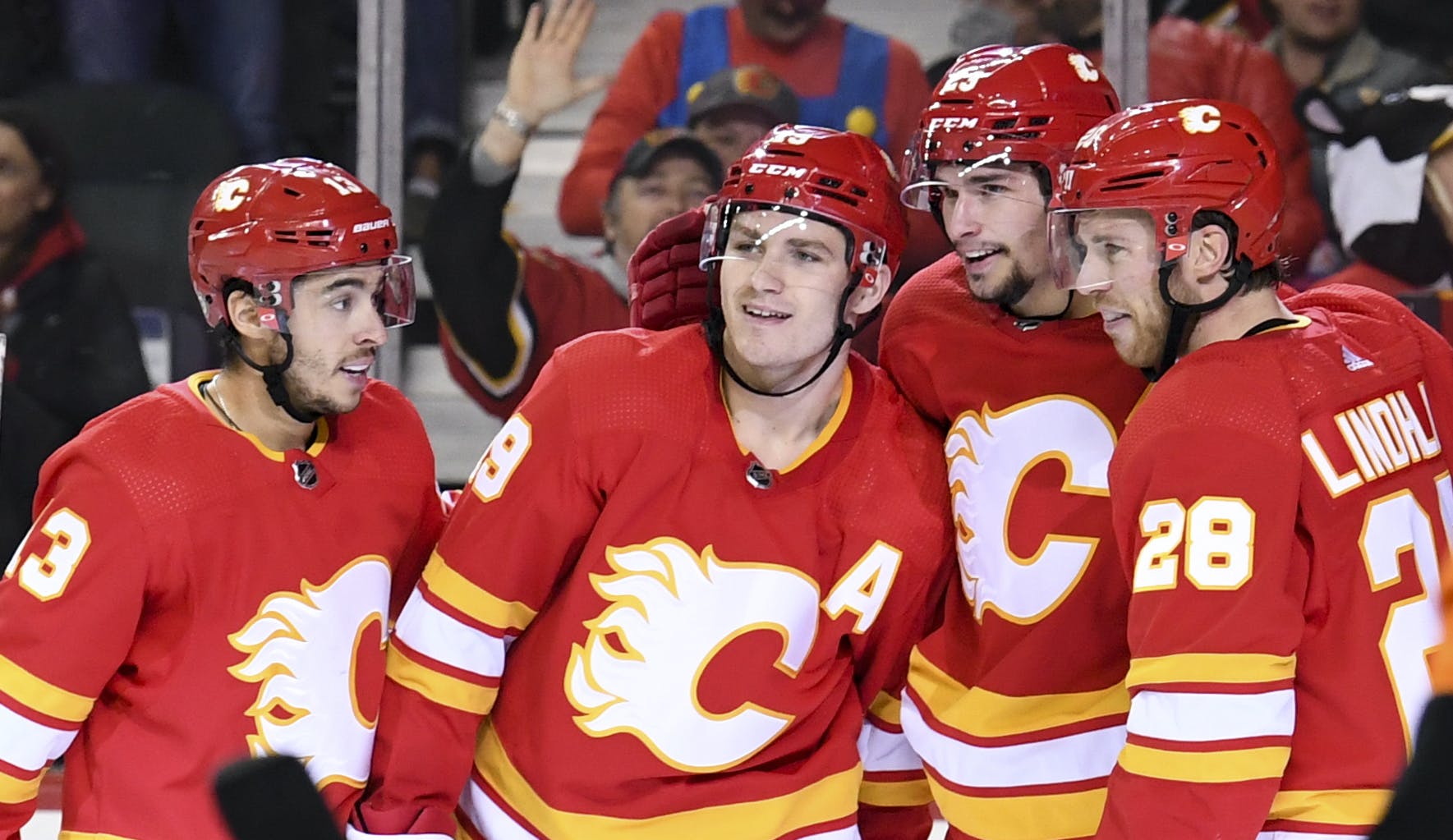 By Ryan Pike
1 month ago
It’s probably an understatement to say that it’s been an eventful calendar year for the Calgary Flames. The arena deal was officially dismantled on New Year’s Day. The Battle of Alberta returned to the post-season. And the organization had one of the most dramatic off-seasons in club history in terms of significant player turnover.
Here are the five most-read pieces on FlamesNation from the past calendar year.

At the tail-end of Flames’ training camp, we took a look at the players placed on waivers – including Juuso Valimaki – and took a look at the implications, for the salary cap and otherwise, of those moves.
We filed this right after general manager Brad Treliving met with the media that morning, and included his thoughts on waiving Valimaki and Oliver Kylington’s absence (and potential salary cap implications).

The Matthew Tkachuk saga has completed, with Tkachuk now located in Florida (and Jonathan Huberdeau and MacKenzie Weegar now Flames). But in mid-July, in the aftermath of Johnny Gaudreau’s departure via free agency, our pal Pat Steinberg laid out a couple scenarios regarding how Tkachuk’s situation could play out.
“The approach is simple in my eyes: the Flames need to set a hard internal deadline. If Tkachuk is signed to a new deal prior to that deadline, that’s great. If not, however, Calgary would then start exploring a trade for Tkachuk. While there’s always potential downside in trading a player of Tkachuk’s calibre, it’s a whole lot less than letting him walk for nothing.”
Three days after Pat wrote about this situation, Tkachuk’s intentions to leave Calgary became known. Two days after that, he was a Panther. Life moves pretty fast in the off-season.

3: It’s time to move Tyler Toffoli away from Lucic and Monahan (Mar. 6)

About three weeks into Tyler Toffoli’s tenure with the Flames, his offensive output was a bit modest and our Mike Gould suggested moving him onto a different forward line where perhaps he could be placed in more offensively advantageous situations.
That’s eventually what happened, in part because Sean Monahan was shut down shortly after the trade deadline due to hip surgery.

2: Sutter on cuts: “There’s guys in that group that outperformed guys that are still here” (Oct. 2)

Midway through training camp, head coach Darryl Sutter discussed the state of the roster races during a media availability and noted that some of the players who had been recently assigned to the Calgary Wranglers had out-performed some of the incumbents that were still hanging around.
(It was likely intended as a comment meant to kick his remaining players in the butt.)

Finally, you may remember former Flames winger James Neal. Well, he was on a podcast in Columbus during training camp – he had a try-out with the Blue Jackets – and, shocker, he didn’t exactly love his time playing on the fourth line in Calgary.
Editorials
Recent articles from Ryan Pike