Four additional Flames targets before the summer is up 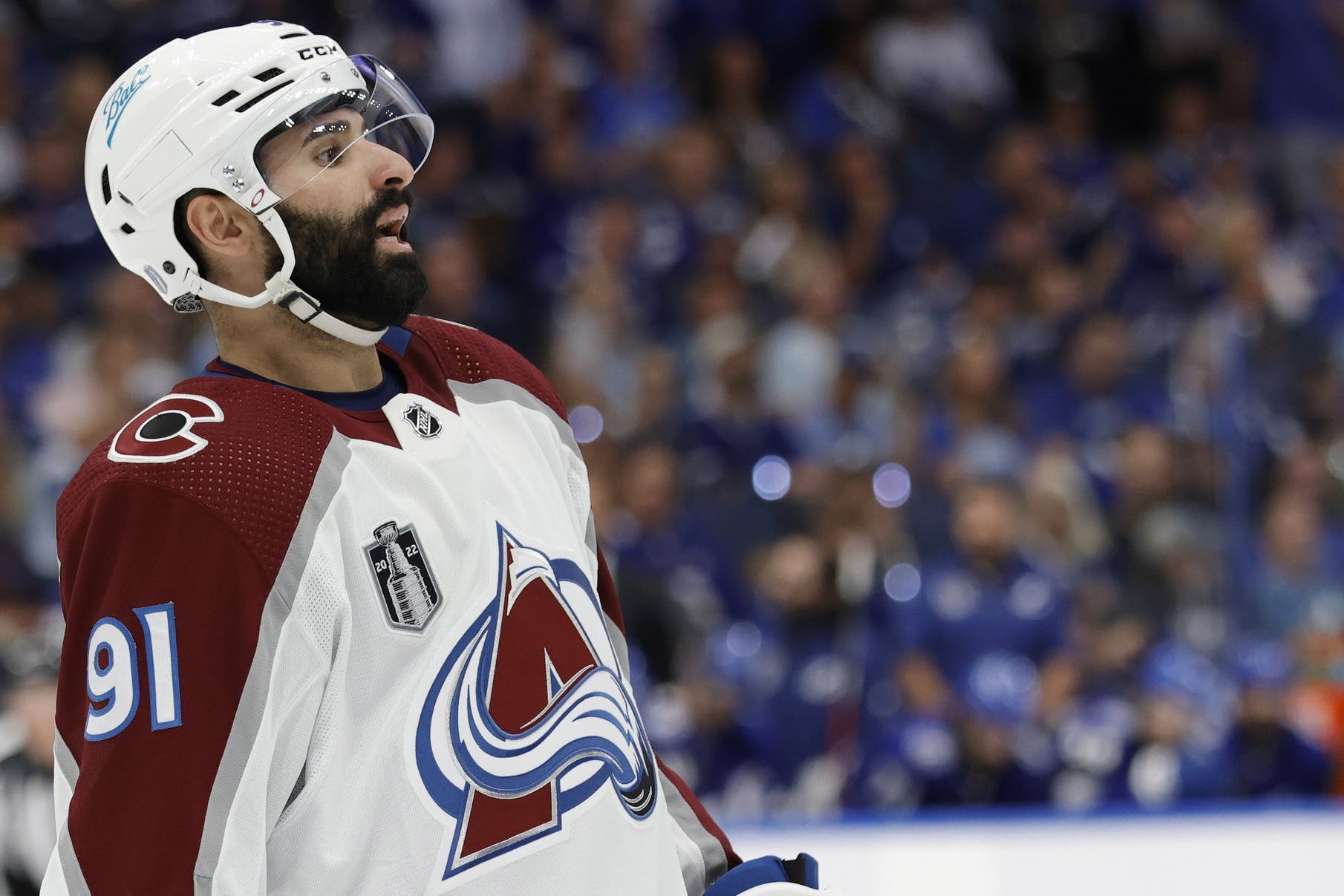 By Pat Steinberg
4 months ago
The Flames have undergone massive changes in July… and I’m not sure they’re done. I still think Calgary is looking to upgrade between now and the start of training camp, and I don’t think that means only smaller, around the edges type moves. Here are a few Flames targets, of varying impact, as we move towards the start of a new season.

This is the obvious one and Kadri has been linked to Calgary multiple times this summer, among other teams. I do think the Flames have been and remain interested in Kadri, who is the top unrestricted free agent still on the market. Some believe Kadri’s desire is to stay in Colorado if possible, while others have suggested his camp is going through all of their pitches to ensure the best offer.
Whatever the case, Kadri would be a great fit with Calgary, at least from a hockey standpoint. A one-two punch of Lindholm and Kadri down the middle would be formidable and, with the addition of Jonathan Huberdeau, would keep the team’s top six commensurate to last season. Kadri may not be a 90-point player with the Flames, but his skillset feels like it would mesh perfectly with how head coach Darryl Sutter wants this team to play.
As Pike wrote about earlier this week, Calgary would have to get creative with their salary cap to make something like this work. Kadri is one of the NHL’s best two-way centres and is coming off a career season capped with a Stanley Cup. He’s going to get paid and the Flames would almost certainly have to move out money if they landed him.

After not being qualified by Anaheim earlier this month, Milano is one of the more surprising UFAs still available. After a breakout season of sorts with 14 goals and 34 points in 66 games, and looking at a $1.8 million qualifying offer, the Ducks opted to let Milano walk to free agency. Now that the option exists, he’d be an interesting fit with on the Flames.
Milano had a weird season in Anaheim, but it was mostly good, especially after finding a regular spot riding shotgun on a line with Trevor Zegras. Milano posted strong underlying metrics with the Ducks last year and moves the needle offensively, specifically with this playmaking. Knowing there remains a void at forward in Calgary, Milano would be a lower risk option with top six upside.
The belief around the league is Milano’s ask is high, which could explain why he remains unsigned a few weeks after not being qualified. You can bet teams are trying to get Milano on a “bargain” price, so holding off a little makes sense for the Milano camp. Regardless, though, Milano would be a lower cost option for the Flames with the potential of a big payoff.

Yeah, he turns 37 in December, but Stastny proved once again last season he can still make an impact. As quietly consistent as they come, Stastny posted 21 goals and 45 points in 71 games in Winnipeg last year with decent underlying numbers and a 56.6% face-off clip. While definitely a shorter term play, it’s not hard to see how Stastny would fit with the Flames.
As it stands, Calgary’s top two centres are Elias Lindholm and Mikael Backlund. With Sean Monahan’s health status, and effectiveness level, for training camp up in the air, the Flames are looking at a significant drop to their number three slot. A Stastny signing would help bridge the gap as opposed to going with a combination of an uncertain Monahan, Kevin Rooney, and Adam Ruzicka.
And, if the Flames do end up adding another centre at some point, Stastny can easily flip to the wing as he’s done plenty of over the last few years. Oh, and did you know Stastny has 71 points in 69 career games against Calgary, by far the most compared to any other opponent? Maybe that magic could work in a Flames jersey, too.

This is a fun one and not something I’d be holding my breath for, but the thought of a Miller and Calgary fit sure is intriguing. If the Flames are looking at making a big splash, this would definitely qualify… even if a trade inside the division seems a little far-fetched. In saying that, multiple insiders linked Miller to Calgary prior to the trade deadline.
Coming off another outstanding season in Vancouver (99 points in 80 games), Miller is entering the final year of his contract and the trade buzz has been surrounding him for months now. There’s a decent chance the Canucks trade Miller, but to a Pacific division rival? And would Calgary be okay acquiring ANOTHER player in the final year of a contract?
But enough with why this scenario is unlikely! If the Flames are looking to stay competitive and maybe take a step from last season, an addition like Miller would fit the bill. And, for a guy who is said to be wired on winning, Calgary seems better positioned to do that now as opposed to the Canucks.