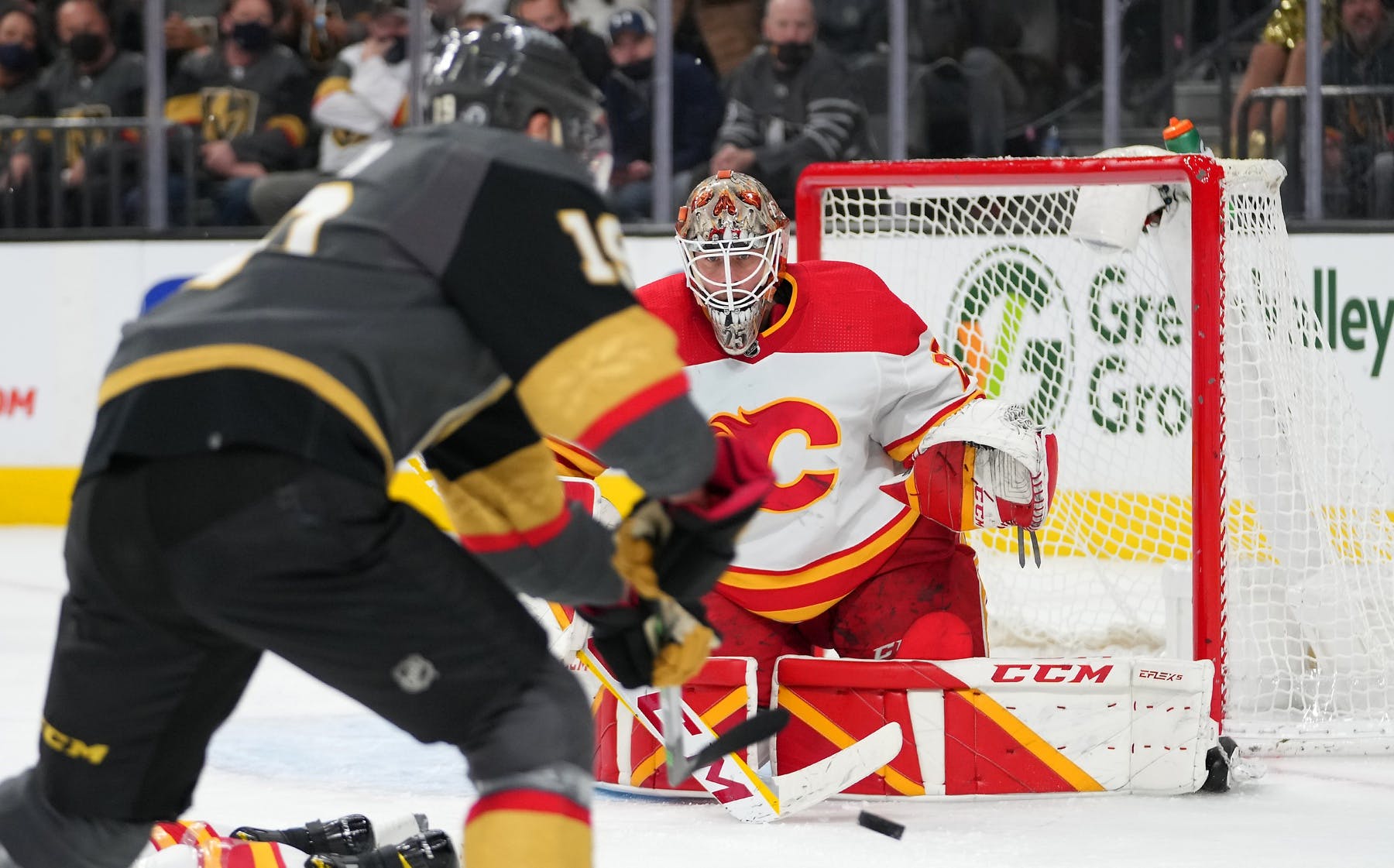 By Ryan Pike
1 year ago
Over at Sportsnet, our pal Elliotte Friedman provided an update about some new proposed NHL rules (which are reportedly close to being official) regarding CBA exemptions to help clubs navigate the surge of the omnicron COVID variant.
Here are the highlights!

GOALTENDERS: Teams will be allowed to add an additional goalie when two regulars are not available. This is in place for the rest of the season.
EMERGENCY CAP EXEMPTION: From here on in, teams in danger of dressing fewer than two goalies, six defencemen or 12 forwards for a game will be able to make emergency recalls. The cap hit of any such player cannot exceed $1-million.

This is similar in philosophy to the usual “emergency recall,” which allows teams to with short-term injuries to bring up players to fill in for injured players without putting anybody on the injury reserve. Before, that was “just” a free roster spot with a full cap hit involved. Now, if there’s not enough cap room, teams are still able to fill out a lineup card. It fits the spirit of the rule. Before this tweak, teams would’ve had to play short for a game, which probably hurt the integrity of the games where that happened.
Players not able to be used as “cap exemption recalls” currently on the Stockton roster are basically just Juuso Välimäki ($1.55 million).

TAXI SQUADS: These are in-place until the All-Star Break, for now. Teams don’t have to use them; maximum of six players; no one can be on it more than 20 days. There are some eligibility requirements. You can’t be on it if you’re on an NHL roster as of Dec. 22 (with the exception of emergency recall); are waiver-exempt; were on the NHL roster for at least 75 per cent of the regular-season days or played in 16 of a team’s last 20 games through Dec. 22 (goalies who dressed but did not play is counted as having “played”).

Last season’s taxi squad involved six players, but one needed to be a goalie.
Update: with the NHL’s regulations actually out, the league defined their eligibility rules with “and” rather than “or,” possibly in an attempt to make them less all-encompassing. Based on the wording, it doesn’t seem like any Flames farm-hands would be ineligible.