Get used to the Flames playing in close games 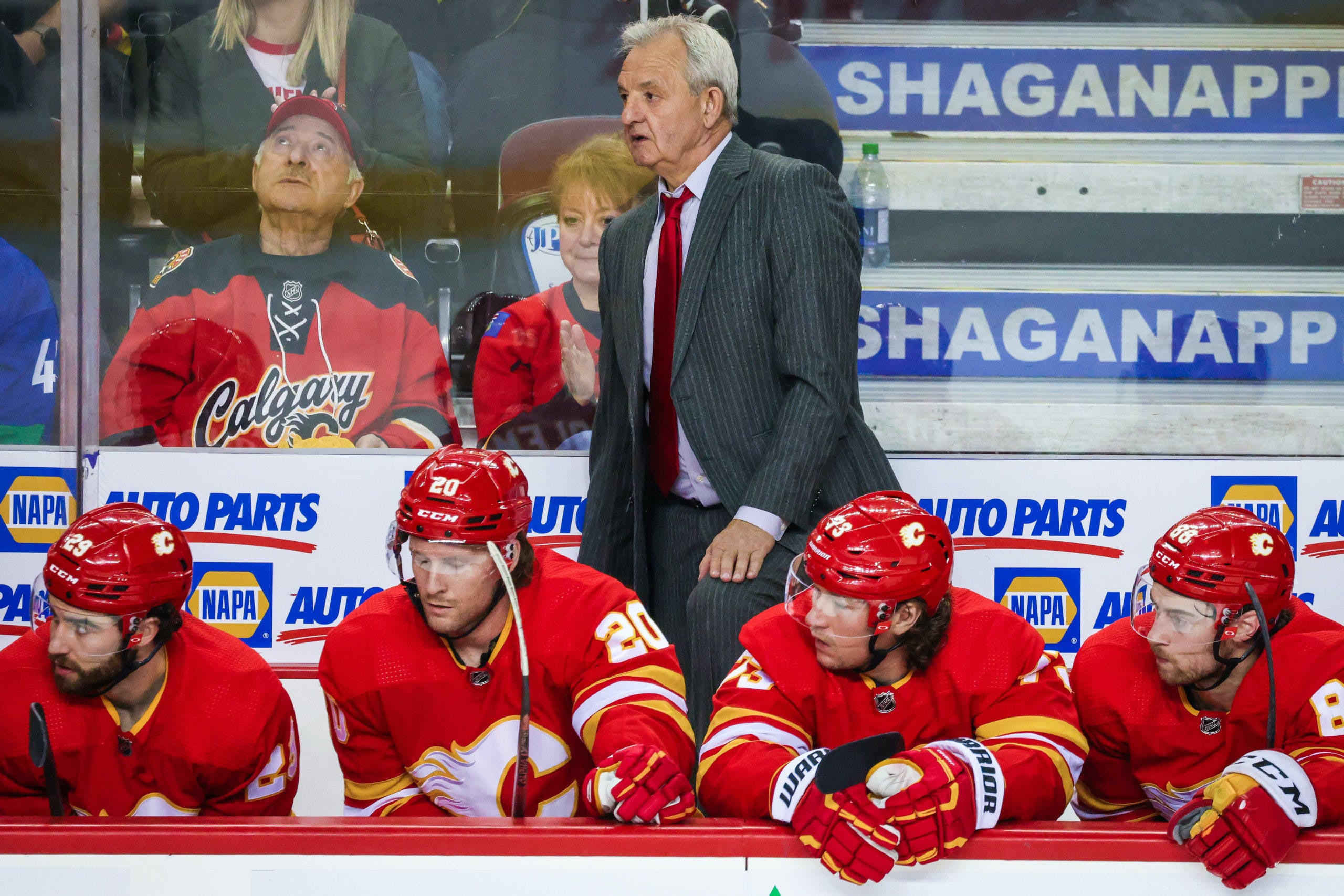 By Robert Munnich
2 months ago
Get used to tight checking, one goal games, Calgary Flames fans. The 2022-23 Flames are going to be playing in a lot of close games this season, which is something we did not see the 2021-22 team do much of.
It seemed like everything went right for the Calgary Flames in the ’21-’22 regular season. They were sixth in the NHL in goals for, third in goals against and second in goal differential. They had 11 players with career years, which included two 100+ point seasons from Johnny Gaudreau and Matthew Tkachuk. One of the more unbelievable stats from last year was that the Flames won half their games, 25 to be exact, by three or more goals.
There are a lot of reasons for why that happened. You could make the argument that teams took the Flames lightly. They were coming off a disastrous 2021 bubble campaign in the Canadian division. Teams likely thought they would continue that trend, but boy were they wrong. Calgary came out last season playing a style of game where they can run teams over if they weren’t ready to play.
The Flames also had more high-end talent than the ’22-’23 team. As we all know now, Gaudreau and Tkachuk are two of the most skilled, smart, and best play making forwards in the NHL. They don’t have that guy right now. We hoped Jonathan Huberdeau and Nazem Kadri would be able to make up for some of the offence lost from 13 and 19. Unfortunately we have yet to see both Huberdeau and Kadri consistently show that they are elite offensive players so far. Of course that can change, and I think it will, especially for Huberdeau. But he’s not playing close to the level we saw from Gaudreau or Tkachuk last season.
Last season is over. That high octane, offensive version of the Calgary Flames are dead.
This is a team that is going to have to fight, claw and grind their way to victories. Nothing is going to come easy in the ’22-’23 season. And we’ve seen that through 20 games.
There have only been three Flames game this season that have not been particularly close. The win on opening night against Colorado, the loss to Buffalo, and their win against the Penguins on home ice in October. That’s it. Every other Flames game this season has been an absolute battle. Whereas last season the Flames had blow out wins or losses in 13 of their first 20 games.
Being in more tight checking games might not be the worst thing for the Flames when it’s all said and done. Last year, things came way too easily for them. They barely faced any adversity in the regular season. They had the one stretch of games that didn’t go their way in Florida, Tampa Bay, and Carolina. Outside of that it was smooth sailing. You could see that the Flames had a difficult time dealing with that, specifically in the second round of the playoffs against the Edmonton Oilers.
The one positive to come from this is playing the majority of your games in tight checking, tied and one goal game situations might actually help the Flames come the postseason. Playoff hockey is incredibly defensive, intense, and tight checking. There were too many games last season where the Flames ended up getting a 2 or 3 goal lead in the first period and were able to shut it down for the remainder of the night. That’s not the case this year.
They’re going to be more ready to play a grind it out, playoff style of hockey because they will have had played that style for the last five months. Now the question becomes will they burn out come April? Can this older, veteran team sustain this physical, intense style of Darryl Sutter hockey?
Overall, Flames fans should expect to see this type of hockey to continue throughout the rest of the regular season and hopefully into the playoffs. It may not be a ton of fun to watch, it may get frustrating at times, but this is the new norm.
Editorials
Recent articles from Robert Munnich