Johnny Gaudreau’s departure from the Flames was a ‘family decision’ 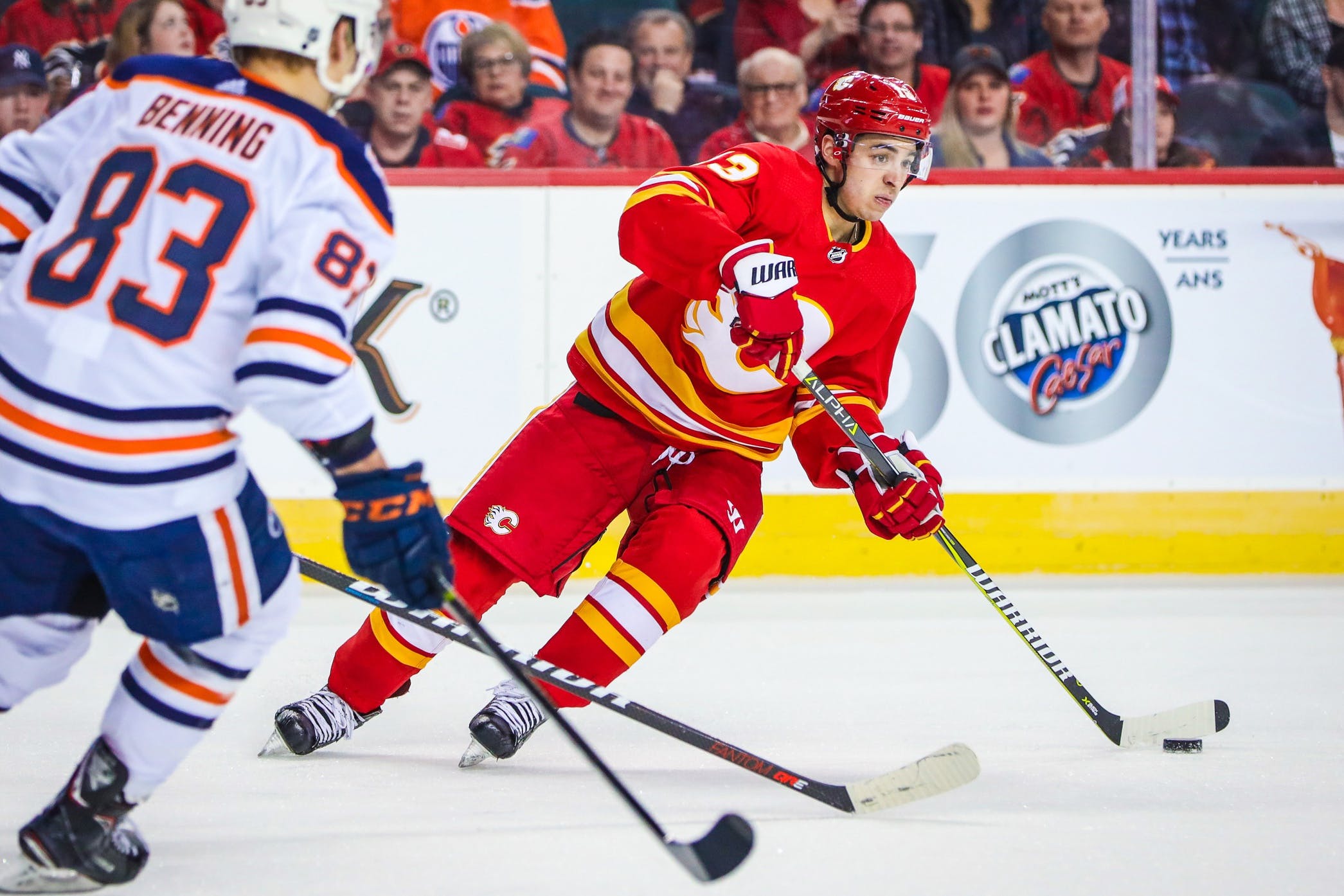 By Ryan Pike
6 months ago
On Tuesday evening, Calgary Flames general manager Brad Treliving held a Zoom press conference that he very likely did not want to have to hold. A few hours prior, Treliving was informed by Johnny Gaudreau and his representation that Gaudreau wasn’t going to be returning to the Flames.
At the end of an emotional opening statement, in which Treliving mentioned that Gaudreau was about to become a father, he included two key lines in his remarks.

We did everything possible to keep John here. I don’t want to speak for John and I won’t speak for John. but it’s my strong belief was this was a family decision, and I respect that fully.

Shortly after the availability ended, Sportsnet’s Elliotte Friedman confirmed Treliving’s belief via Gaudreau’s agent, Lewis Gross.
In his year-end remarks to the local media following the playoffs, Treliving emphasized that the club would move heaven and earth to get Gaudreau signed to a new contract. But with both Gaudreau and his spouse having family and roots in the eastern United States, and with a youngster on the way, it’s not hard to imagine how tough it would be on the family to have Gaudreau playing several time zones away.
Treliving emphasized that he felt there was a deal to be done, but Gaudreau opted to make a tough decision to leave the only hockey club he’s known as a pro.
“This wasn’t one that was a dollars decision,” said Treliving. “I firmly believe there’s nothing more we could’ve done. We respect it. It’s not the decision we wanted to hear, but we respect it.”
He later added, when asked about how the negotiations unfolded, declined to get into specifics but provided a broad overview:  “This was not a situation where there wasn’t enough money in the deal. But I’m not going to get into the figures.”
Discussing opting to negotiate when he did – and not negotiate during the season itself, per Gaudreau’s camp’s wishes – Treliving owned his decision and the risks involved in his star player playing out the final season of his contract on his way to potential free agency.
“People can go back in history and say you should’ve done this, you should’ve done that. We made the decision. You understand risk when you go into these decisions. It ended the way it ended.”
The NHL’s free agency period opens at 10 a.m. MT on Wednesday morning. We’ll have live coverage of all the festivities over on YouTube beginning at 11 a.m. MT.

Want to watch the next generation of hockey stars before they make the show? The World Junior Championship is coming to Edmonton and this is your call to grab tickets! Get your tickets here.
News
Recent articles from Ryan Pike

News
Recap: Calgary Wranglers blow 2-0 lead late in the third, fall 3-2 in OT
Do Not Sell My Info
Privacy Settings