Heat Post-Game: Aiding the Eagles to a playoff berth 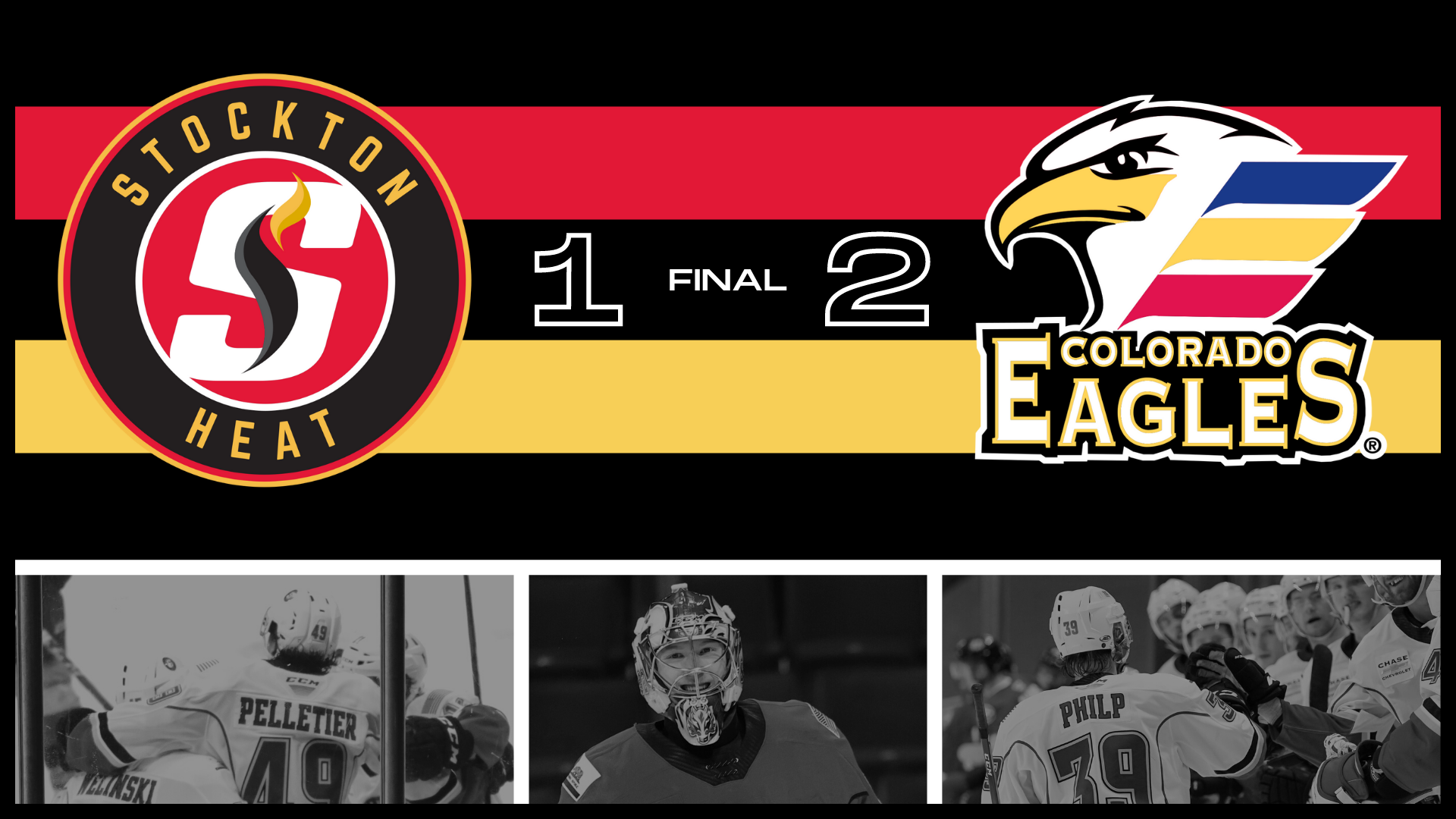 By Paige Siewert
8 months ago
The Stockton Heat added another competitor to the Calder Cup playoff bracket on Wednesday night when they fell to the Colorado Eagles by a score of 2-1. The last time these two played, the Heat won 10-3 and clinched the first playoff berth in the AHL this season. They thought they’d return the favour by getting the Eagles past their magic number of one and clinch as well.
In all seriousness, it was a close game that relied on goaltending and timely scoring and ultimately, the Heat were not the ones to get it done in their mid-week match-up.

Despite the skewed score of their last match-up, this game did not seem to show many hard feelings between the Heat and the Eagles. It was all business for Colorado as this game had the potential to take quite a bit of pressure off the rest of their regular season. A sure playoff spot and just a point needed to get it.
Dustin Wolf started in net for the Heat and put on a performance that would normally be enough to earn the Heat a win. The downfall was the lack of scoring he was getting out of the team in front of him. The only Heat goal came towards the end of the first period when Justin Kirkland scored on the power play. Assists went to Andy Welinski and Matthew Phillips.
The Eagles goaltender was pretty well screened by Byron Froese and didn’t appear to see Kirkland’s shot until it was well behind him. No other scoring took place in the first and the Heat had their first and only lead of the night heading into the first intermission.
2:41 into the second, the Eagles opened up scoring on their end of things after Wolf was unable to get back up from a sprawling string of saves in time. Most of his body was still down on the ice and they snuck the shot right past him.
The next goal of the game occurred pretty quick into the third period again by the Eagles. 2:34 into the third, Dustin Wolf had pretty good net coverage yet, they were still able to sneak a shot over his shoulder.
The score rose to 2-1 for the Eagles and that would be all they needed to punch their ticket to the Calder Cup. Stockton only put up five shots in the third period and were out-shot on the night 36-29.

Filling in for Ruzicka

The Heat did not publicly share an injury report prior to this game but Adam Ruzicka was absent from the lineup once again. This is the third game in a row he has missed with previous updates noting his absence as a non-Covid related illness. He returned from being up with the Flames on Mar. 19 and has only gotten into two games with the Heat since then.
Taking his place on the top line is Luke Philp. Philp has been lighting it up with the Heat recently and proves to be another player that fits in very well on the line of Jakob Pelletier and Matthew Phillips. He has six points in his last five games with two goals in their game against the San Diego Gulls on Sunday. The team adjusts without key players as needed but hopefully, Ruzicka can make a return to the lineup in a reasonable timeframe.

There are no more weekday games for the Heat this week so they will prepare for their two-game weekend series against the San Jose Barracuda next. They’ll kick things off at home on Saturday then head over to the Barracuda’s barn to finish up the weekend series and the season series on Sunday. Puck drop on Saturday will be at 7:00 p.m. MT.