Heat Post-Game: Bakersfield blows out Stockton in their own barn 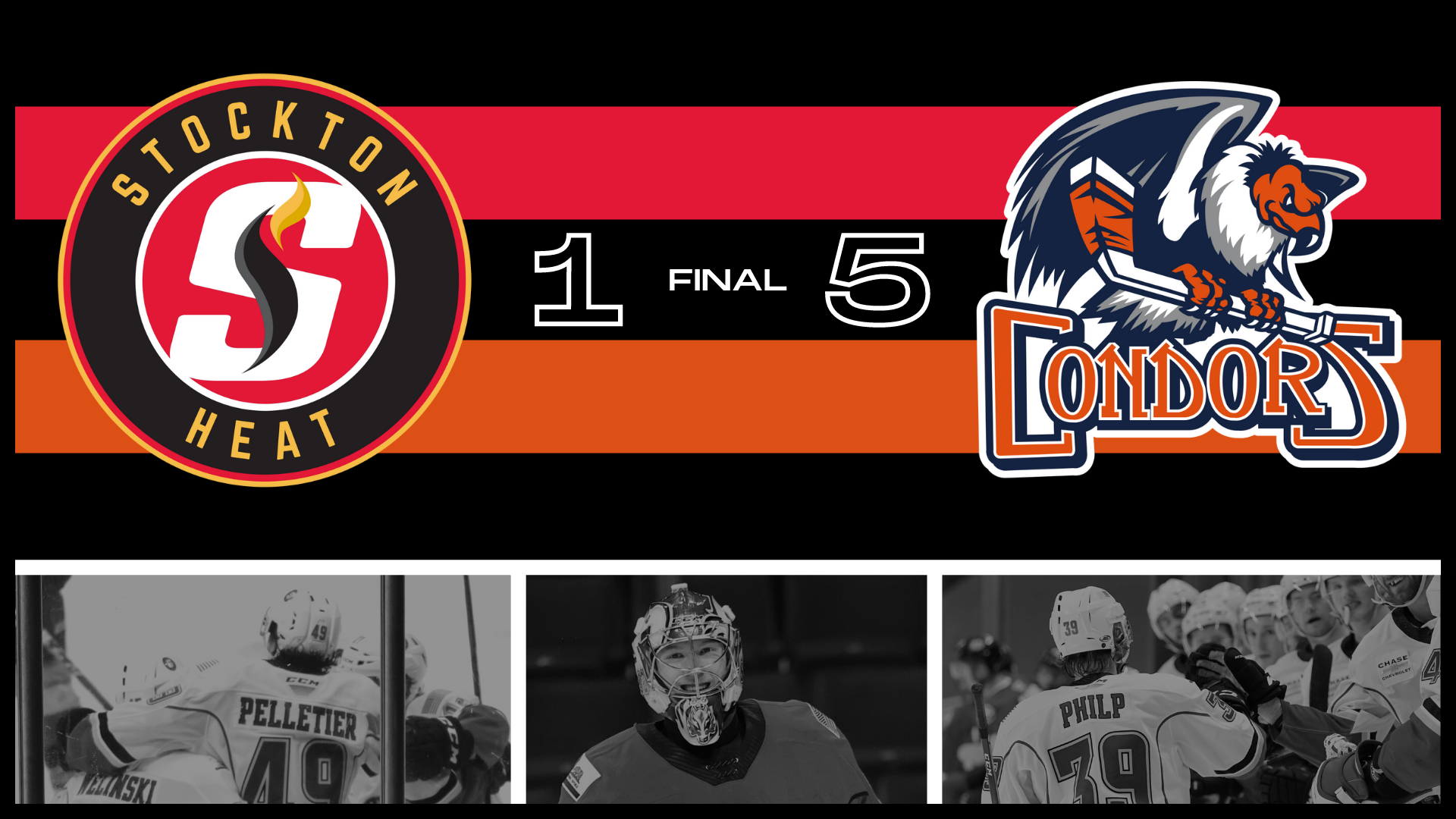 By Paige Siewert
8 months ago
What could have been a very exciting night for the Heat, turned into quite a disappointing one as they fell to the Bakersfield Condors by a score of 5-1 on Wednesday. This game wrapped up their mid-week series and with Tucson losing their game to the Barracuda, all the Heat needed was to take this game outside of regulation to hit their magic number of one. This uncharacteristic game can quickly be brushed off as they have two more weekend games to get through this week with the promise of a playoff spot close within their reach.

Adam Werner got the nod for this game as Dustin Wolf played Monday night. Wolf’s night off was cut short as Werner let in three goals on nine shots in the first period. The first goal occurred off the first recorded shot of the night 45 seconds into the game. Werner took it easy after the first shot of the game rang off the crossbar and as a result, the rebound made it past him with little effort required by the opposing team. A little bit of bad luck, but that was not necessarily the story for the other two goals.
The second Bakersfield goal at 14:01 was a result of Werner being unable to cover up the puck and as the Condors hacked at the puck in front of the net, Werner had zero control. The puck made it past his pad and the Heat were quickly down 2-0. The damage didn’t end there either, unfortunately, a mere 23 seconds later, the Condors popped a weak shot up in the air and it landed right in the back of the net. An odd play for sure, but one that it didn’t appear Werner had his eye on the puck for until the very last minute.
After that goal, it was clear Werner’s head was not in it and his night came to an end. Dustin Wolf came in relief and stopped both shots he saw to end the period.

As tough as it is to come into a game already down 3-0, the skaters didn’t do much immediate work to close the gap in scoring. They had some chances here and there, but Condors goalie Stuart Skinner was having himself a night. Jakob Pelletier had a couple of good looks and what would go in on quite a few other AHL goaltenders, was shut down by the Condor’s goaltender.
Late in the second period, Bakersfield forward Tim Schaller scored his second goal of the night, this time on Dustin Wolf. He caught the Heat on a bad line change on the power play and scored off a shorthanded breakaway. Wolf’s first goal against him slipped through his pads five hole. By the end of the second, the Heat were down 4-0 but closely trailing in shots 22-20.
In the third, Bakersfield forward Cooper Marody completed his hat trick effort after scoring twice in the first period. He came up on a 3-on-1 rush and was perfectly set up for the one-timer.
A couple of minutes later, the Heat scored their one and only goal on the night off a redirect in front of the net that Bryon Froese had the perfect trajectory for. Assists went to Colton Poolman and Luke Philp.
Towards the end of the game, tensions started rising more than they had been in previous periods. Some pushing, shoving and punching started to happen with even the likes of Matthew Phillips getting involved. 44 minutes of penalties were dealt in the third including two game misconducts. After all that, the score stayed the same as it was after Froese’s goal and the Heat finished their homestand with a bitter taste in their mouth.

The Flames’ acquisition of Calle Jarnkrok on Wednesday evening involved a transaction that sent Adam Ruzicka back to Stockton. Ruzicka was not dressed for Stockton for this game and likely wasn’t even in the state yet. As Jarnkrok comes to the Flames to add forward and centering depth, Ruzicka’s spot is less secure on that roster. It is possible, Ruzicka could be seeing quite a bit of development time with Stockton in the coming weeks if nothing crazy happens to the Calgary lineup. Ruzicka could very well be ready to go for the weekend series in Colorado and would be reunited with his linemates of Matthew Phillips and Jakob Pelletier.

This is a game to keep a short memory about with their next match-up set to take place two days after this loss occurred. On Friday night, they hit the road to visit the Colorado Eagles for a weekend series on back-to-back nights. Both games are set to start at 7:05 p.m. MT.