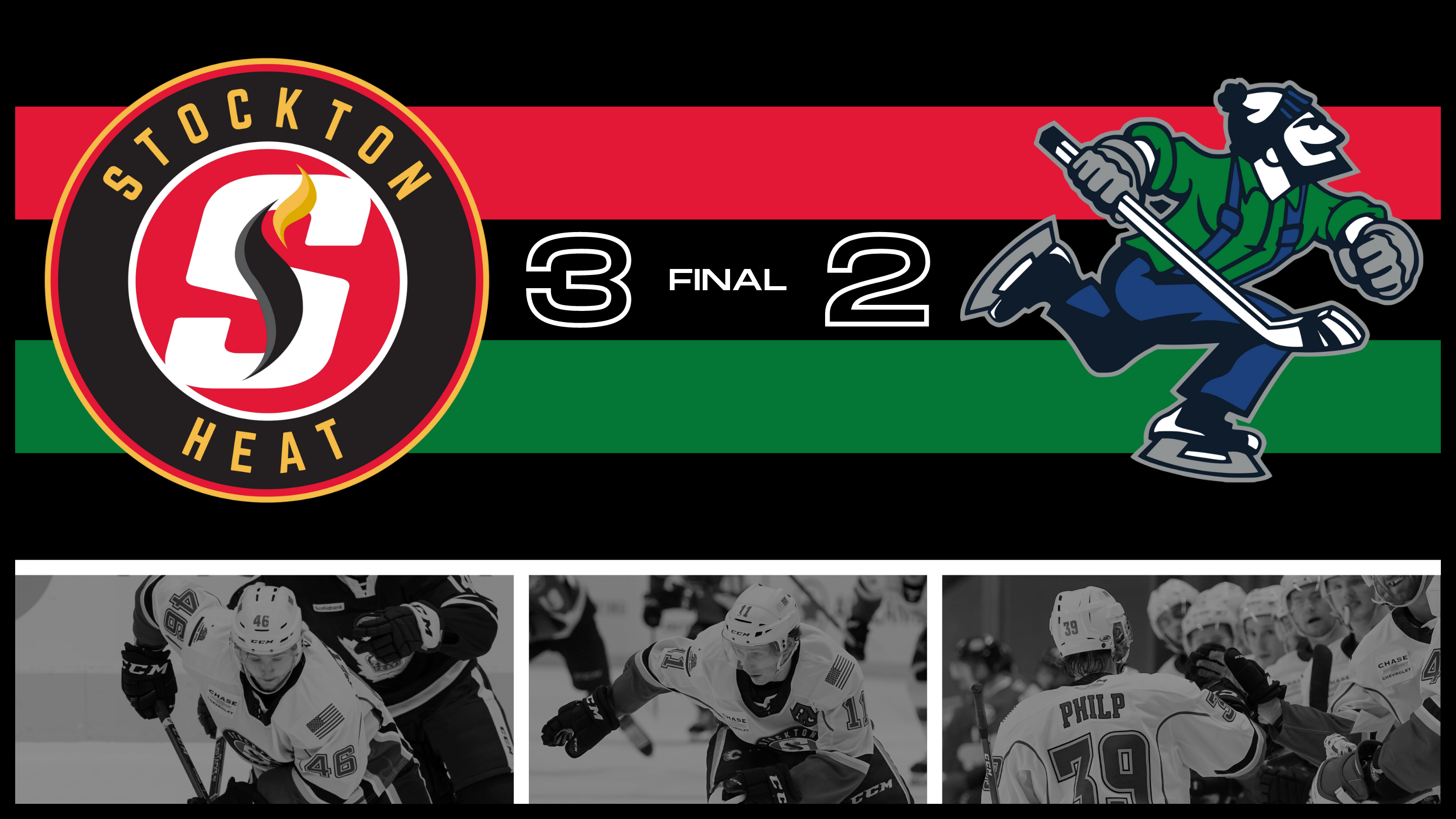 By Paige Siewert
1 year ago
Friday’s game felt like a little bit of a blast from the past as the Stockton Heat play the new guys in their old host city, the Abbotsford Canucks. This was the first time the two teams ever played as the Canucks were added to the AHL just this season. This will be the start of many to come as the Canucks are also a member of the Pacific Division. It ended up being a closer game than some of the Heat’s previous ones, but ultimately, Stockton proved to be the best of the Abbotsford battle this time around and defeated them by a score of 3-2.

Long-time AHL forward and Heat captain for the last three seasons, Byron Froese, scored his 100th AHL goal in the first period of Friday’s game. The 2021-22 season is his 11th in the AHL in between some jumping between other leagues over the years. His first AHL goal was all the way in the 2011-12 season when he played for the Rockford IceHogs. Tonight’s goal will be one to remember for him and he’ll have the game puck home as another reminder of this impressive milestone.
Here’s a look at Froese’s 100th.

Glenn Gawdin also had a notable goal in Friday’s match-up. Albeit, not at notable as a 100th goal in the league, but still a step in the right direction. Gawdin scored 5:37 into the second period to put his first goal of the season on the board and extend his point streak to five games. Eetu Tuulola picked up the lone assist on Gawdin’s marker to earn his first point of the season. He worked for it too. A highlight-reel goal that would not have happened without Tuulola’s effort on the set-up.

Now there’s no way I could have gotten through this write-up without mentioning the usuals. Adam Ruzicka? Where was he? Just scoring the game-winner in the third period. No big deal. This is his sixth goal in the last three games. Assists came from Matthew Phillips and Nick DeSimone.
Not much to mention from Jakob Pelletier on the scoresheet from Friday’s game but another key to the team’s recent success is coming from their rock-solid goaltending. If you keep it simple in hockey and score more than the other team, that tends to earn you wins. However, on the flip side of that, your goalie needs to keep you in it too. Dustin Wolf has done that this season and continues to do that through this exceptional stretch of games for the Heat.
Wolf stopped 28 of 30 against Abbotsford and since he also started in their mid-week game against the San Jose Barracuda earlier this week, there should be no surprises if Mitch Love decides to mix it up on a back-to-back series and give Adam Werner the nod for Saturday night’s rematch.

On Nov. 4, the Flames announced that Brett Ritchie was placed on the IR after an injury he sustained in the Flames’ game against the Nashville Predators on Tuesday. This provided an opportunity for a Heat skater to join the Flames and the choice was Walker Duehr. He did not end up playing in the Flames’ next game against the Dallas Stars but his NHL debut could be very close.
With the Heat this year, Duehr has picked up two goals and a lone assist in the five games he has played in. He was among some of the last cuts out of Flames training camp and clearly caught the eye of the Flames coaching staff.

Onto the next one

Abbotsford is in town for one more night as the Heat play the second of their two-game weekends series on Saturday night. Stockton has worked their way to a six-game winning streak and have yet to lose a game in regulation all season. They are quickly closing the gap on the Pacific Division-leading, Ontario Reign and will get their shot to extend their streak to seven for their rematch against the Canucks on Saturday at 7:00 p.m. MT.
Uncategorized
Recent articles from Paige Siewert