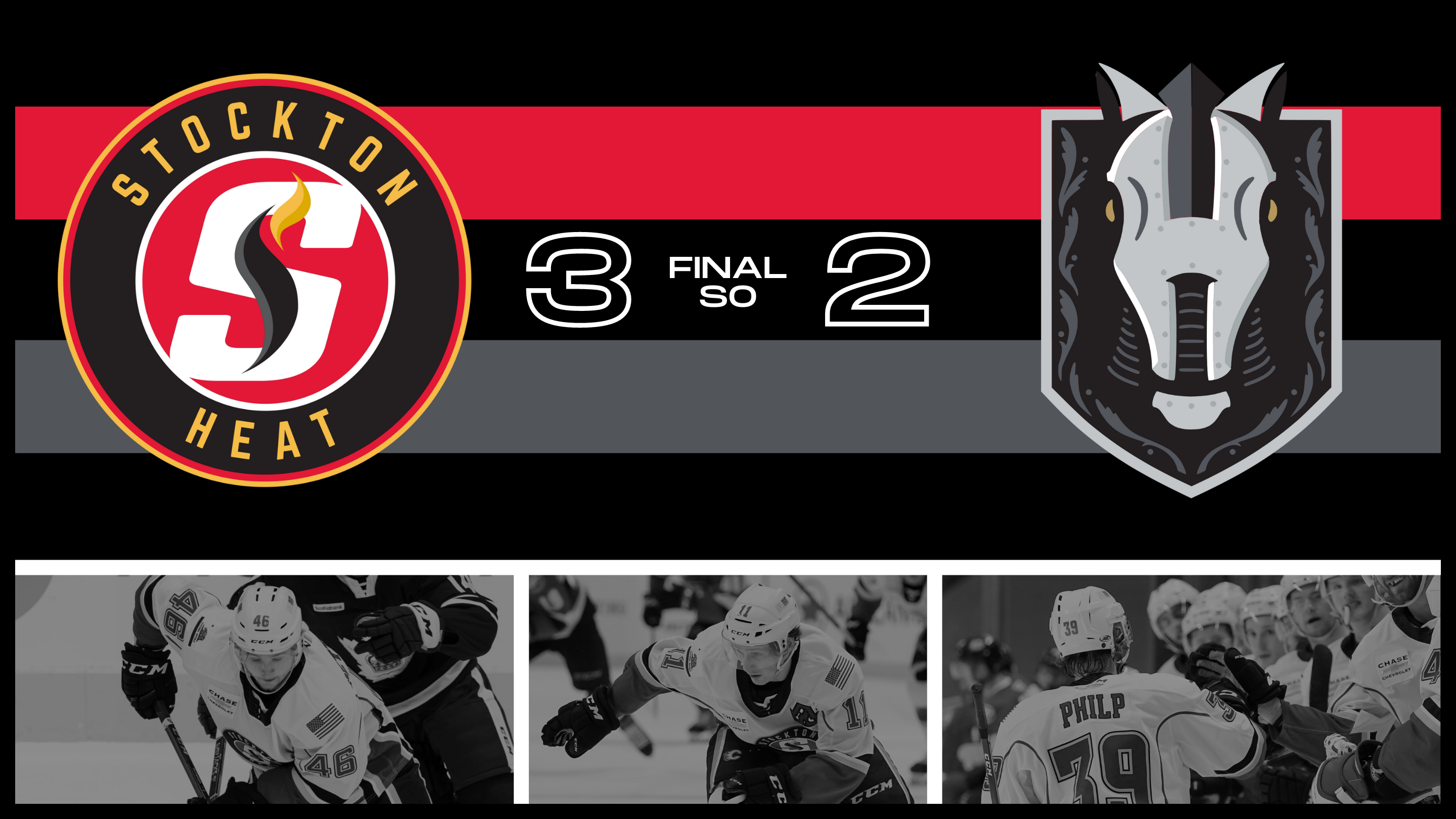 By Paige Siewert
1 year ago
The Stockton Heat hosted the Henderson Silver Knights for their first match-up in team history on Friday night. This kicked off the first of two between these teams in just as many nights. It was a hard-fought game and hit the nailbiter stage on many occasions, especially in the final minutes of overtime. However, it was ultimately the Heat that came up victorious in the shootout.

After hitting the ninth straight win milestone in this stretch of games, the Heat have officially broken the winning-streak record for the franchise. This was previously held by most of the current roster as it was most recently broken last season’s trip to the Canadian Division when they won eight straight. The biggest notable differences now are that Connor Zary and Dustin Wolf were just temporarily members of the Heat during last year’s run and Jakob Pelletier was busy lighting it up in the QMJHL. Now, all three are full-time Heat skaters with Connor Zary’s return from injury in Wednesday’s game.

When you’re on a winning streak, not all of the wins will come easy. Friday’s game was not one of those in the bag types of wins. They seemed pretty evenly matched to begin and it was ultimately, Adam Ruzicka that opened up scoring at 12:58 into the first period.
Henderson wasted no time answering back with a goal a mere 36 seconds later by Paul Cotter. Interestingly enough, Cotter actually scored for the Golden Knights in the night previous in their 3-2 victory over the Wild.
The score would remain even at one until the Silver Knights score again, 4:51 into the second period to earn their first lead of the night. It wasn’t until the final 20 minutes of regulation that the Heat evened it up once again by a goal from Jakob Pelletier on the power play.
Both teams would hold a pair of goals on the scoreboard until the time ran out in the third, taking them to overtime. The Heat had the obvious advantage to start OT as they had 40 seconds of outstanding power play time. Even that was not enough to settle it in the extra five minutes.
They took the game to a shootout where Justin Kirkland shot first for the Heat and scored. Matthew Phillips and Adam Ruzicka both got their shots and got an opportunity to end it early but were unable to capitalize. Thankfully, Adam Werner stopped all three Silver Knights shooters, preventing the shootout from going to extra rounds and securing another win on the streak. Werner stopped 22 of 24 Henderson shots in this game.

The rematch for these two won’t require a long wait as they are back at it at the Stockton Arena Saturday night at 7 p.m. MT. The Ontario Reign suffered quite a hefty 8-4 loss to the Tucson Roadrunners on Friday giving the Heat an opportunity to move up in the standings to the top of the Pacific Division and second in the AHL. Tomorrow will determine whether or not they hit double digits in the win streak with their second game of the Silver Knight back-to-back series.
Uncategorized
Recent articles from Paige Siewert