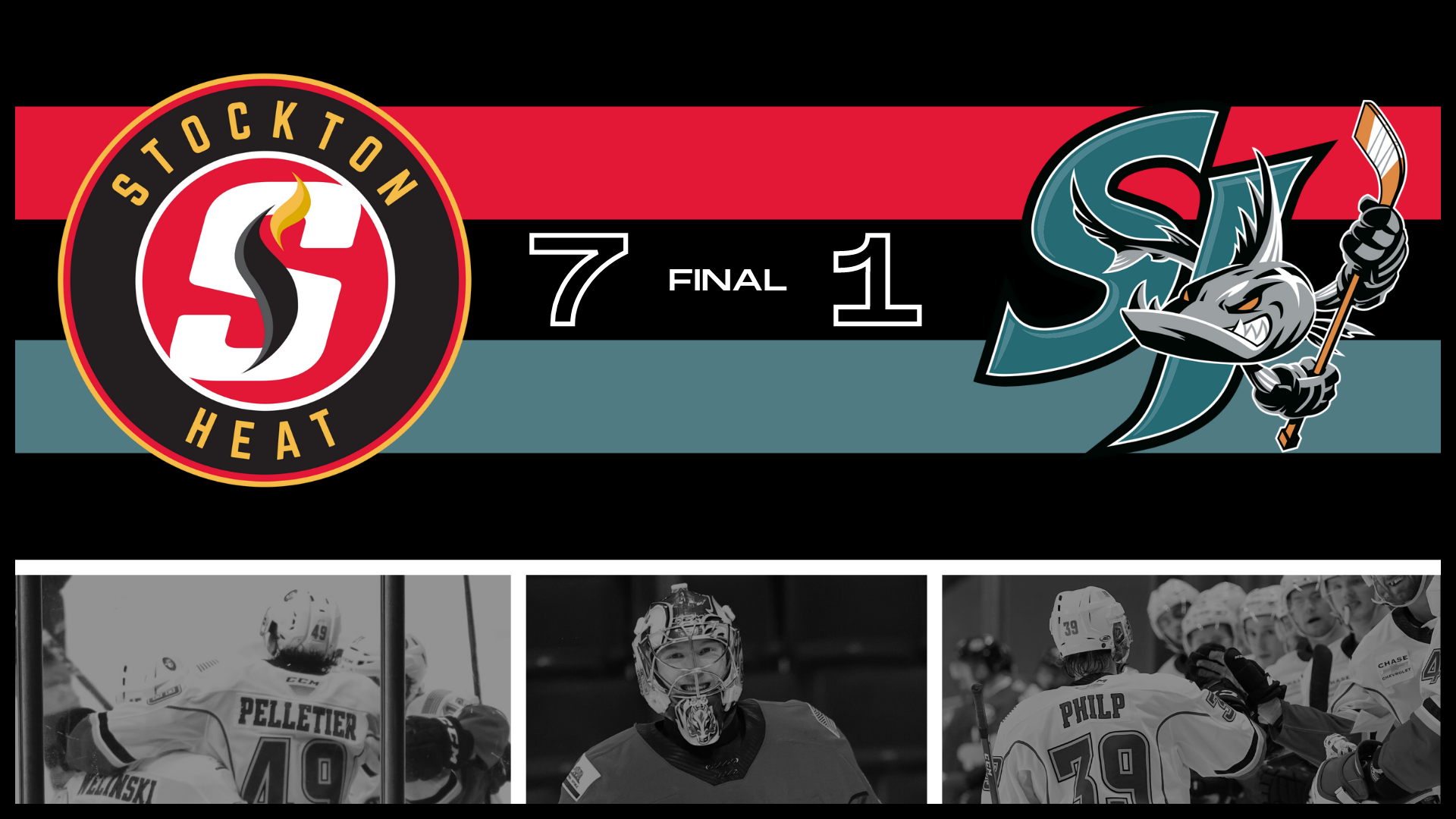 By Paige Siewert
8 months ago
While the Barracuda may have one of the best social media presence’s in the AHL, the Heat proved once again why they are one of the best teams in the league on the ice with a 7-1 victory on Saturday night. Eetu Tuulola and Matthew Phillips both scored a pair in their second last game against San Jose in their regular-season series.

San Jose appeared to be a little bit more ready to go to get started as they scored first a mere 1:08 into the game. However, an early goal doesn’t make up for a lack of scoring in the other 58:52 left in the game.
Connor Zary was the first to score for the Heat with a power play goal 7:24 into the first period. Justin Kirkland and Juuso Valimaki assisted on their pressure play that paid off.
Next to score was Eetu Tuulola. For that matter, the next two goals were from Tuulola. The first was a shorthanded goal in the last two minutes of the first period. A beautifully placed sharp angle shot gave his team the lead for the first time in this game.
His next goal was 14:34 into the second period. Byron Froese picked up an assist on both goals and Tyrell Goulbourne earned his first point in a Heat uniform.
Matthew Phillips was the next Heat scorer as he pick-pocketed his opponents and buried the turnover they coughed up for him.
The Heat finished up the second period up 4-1. In the third, the scoring kept pace. Glenn Gawdin was the next to find the back of the net with a backhand shot passed to him from Justin Kirkland.
Phillips scored next with his 27th goal of the year with the lone assist going to Jakob Pelletier with a tip-in goal.
The last goal of the night came from Adam Ruzicka, who returned to the lineup after missing the last three games with a non-Covid related illness. He scored with 15 seconds to go in the game and Ilya Solovyov picked up the assist.
The Heat were all around the better team in this game obviously outsourcing their opponent 7-1 but also almost doubling their shots 41-25. Dustin Wolf was in net for the Heat and only let the second San Jose shot of the game get past him.

With some injury updates announced by the Flames on Saturday morning, the trickle down to the Heat was pretty minor where it stands at the moment. Connor Mackey was called up to the Flames to fill in for Oliver Kylington. Sean Monahan was also announced as being out for the rest of the season due to season-ending hip surgery, but a replacement (likely Adam Ruzicka) has not made his way up to Calgary.
Tyrell Goulbourne was another change in the lineup. He was just acquired a couple of weeks ago from the Belleville Senators in a future considerations deal. He made his Heat debut in this game and also earned his first point with a team with an assist on Eetu Tuulola’s second goal of the night. He played a pretty solid night with a +1 rating, one assist and one shot.

Wrapping up the series

The Heat will be wrapping up their weekend series and season series on Sunday afternoon. Stockton is way past winning the season series as they are up to an 8-1 record head-to-head against San Jose. It’s safe to say they won’t be seeing the Barracuda past the regular season as they are the last team in not only the Pacific Division but also the league as a whole. Puck drop for Sunday’s game will be at 4:00 p.m. MT.