Heat Post-Game: Stockton takes the first game of the Battle of the Pacific 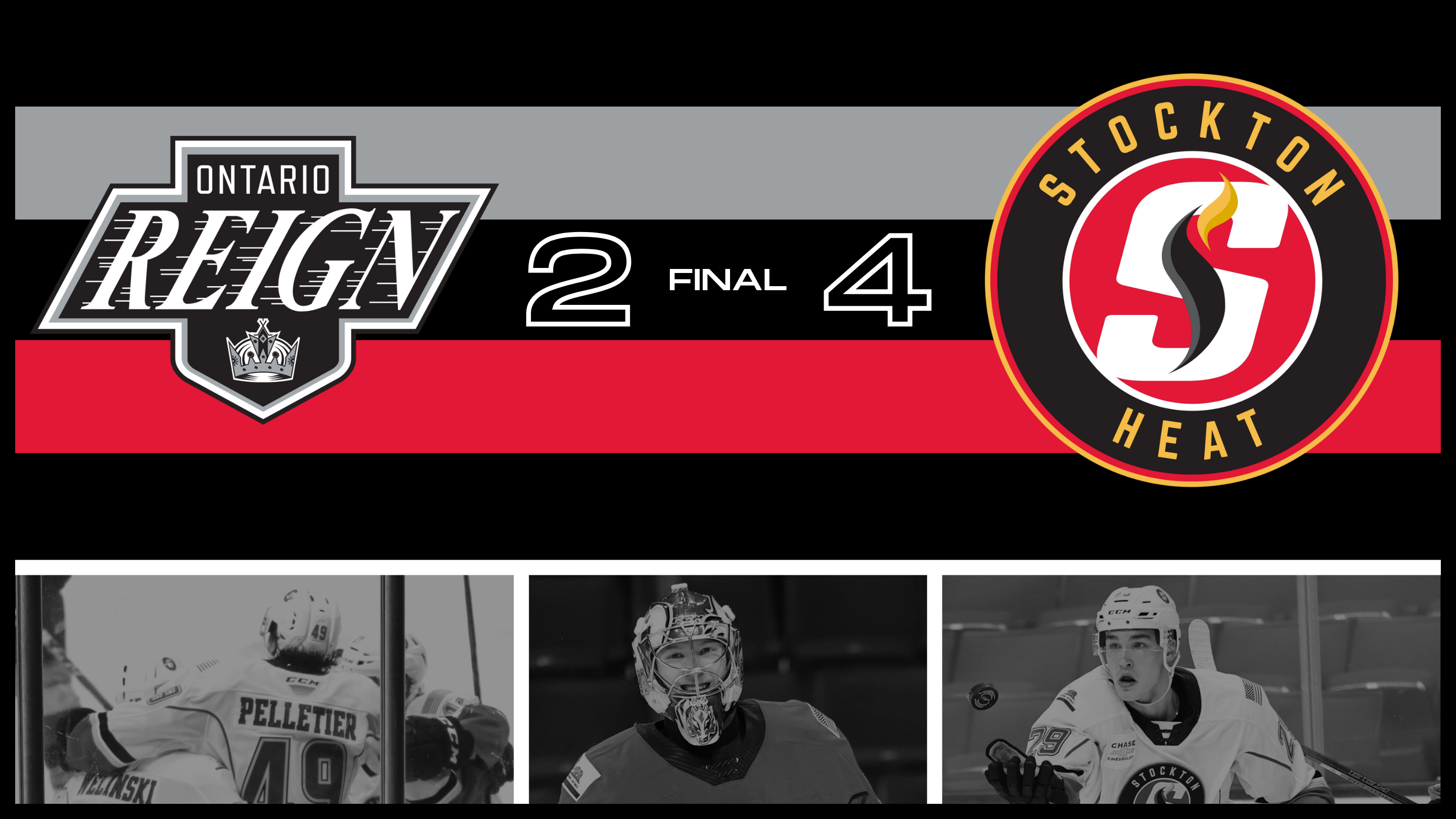 By Paige Siewert
1 year ago
One of the highest anticipated match-ups between the top of the Pacific Division took place on Sunday evening when the Stockton Heat hit the road to face the Ontario Reign. This was the Heat’s first game since November 13th and they sure were ready for it. Both teams started the season with a lot of momentum out of the gates and as a result, the Heat were chasing the Reign in the standings until the last couple of weeks. The Stockton Heat showed their edge in this competition and took the first game of the series by a score of 4-2.

Glenn Gawdin reached a very impressive milestone in this game. With his assist on Luke Philp’s empty-netter in the third period, he broke the all-time record for franchise scoring by earning his 110th point in a Heat uniform. It took him 149 games to reach this mark and in that time, his scoring has consisted of 32 goals and 78 assists.
This accomplishment was previously held by Ryan Lomberg, who was on the Heat from the 2015-16 season up until the 2019-20 season. He has since joined the Florida Panthers where he has more of a regular NHL role.

This game was already set to be an interesting one due to the goaltending match-up. Garret Sparks started in net for the Reign and just earlier this year, he was wearing a Heat jersey. He played in 16/30 of the Heat’s games in the 2020-21 season where he earned a 2.90 GAA and a .908 save percentage. He took his role very well last year and knew he was there to fill-in when other goalies were getting called up or assigned to the taxi squad.
The other interesting part about having Sparks in net for the Reign in this game was the fact he was competing against Dustin Wolf. Sparks ended up being a bit of a mentor to Wolf when he got his first three professional starts for the Heat last year and they formed quite a bond. They both talked very highly of each other in post-game interviews and this game really would have felt like the battle of a mentor and mentee. Sparks stopped 28 of 32 Heat shots and Wolf stopped 31 of 33 Reign shots for the win.

The Heat’s best continue to shine as you can almost place bets on who will find the back of the net for them. None other than Jakob Pelletier opened up the scoring in the first period with his sixth of the year shortly after the Reign took a 1-0 lead. His goal was assisted by Matthew Phillips and Kevin Gravel. As you can see below, his stat line is outrageously good for this point in his first pro season.
The second period was all power play goals starting with Adam Ruzicka’s 10th goal of the year off the rebound, followed up by Byron Froese’s third of the season. Phillips assisted on Ruzicka’s goal and Pelletier assisted on Froese’s goal to give them both multi-point nights.
The Reign would go on to score a power play goal of their own in the dying seconds of the second but that would end their production for the night. The third period quieted down production wise until the Reign pulled Sparks for the extra attacker. Luke Philp found the empty net at the 19:59 mark in the third to narrowly tack on one more goal to their win. The final score of the night, 4-2.

Another quick turnaround for the Heat as they are right back at it Monday night for their second game of the series. They will stay in Ontario, California for game two and the puck drop will be at 8:00 p.m. MT.
Uncategorized
Recent articles from Paige Siewert