Here’s the first detailed look at the new arena By Ryan Pike
1 year ago
Well, the development permit application for the brand-new arena for the Calgary Flames have been submitted to the City. And via our friends at the City, we have our first detailed look at what the new barn will look like.
For all the “event centre” chatter, it’s primarily designed as a hockey arena. There’s an ice plant. There are many, many locker rooms. There’s a spot for a zamboni to park. It’s an arena.
But it seems to be much more purposefully-designed than the Saddledome. The ‘Dome was built in the early 1980s before hockey teams were resourced the way they are now, and the Flames having all their off-ice recovery equipment, coaches’ offices, management offices, locker rooms and whatnot crammed into the Saddledome is a lot like raising a family in a one bedroom apartment. Sure, it could work, but it’ll be a bit cramped. The new building has all those things laid out in a much more holistic manner. 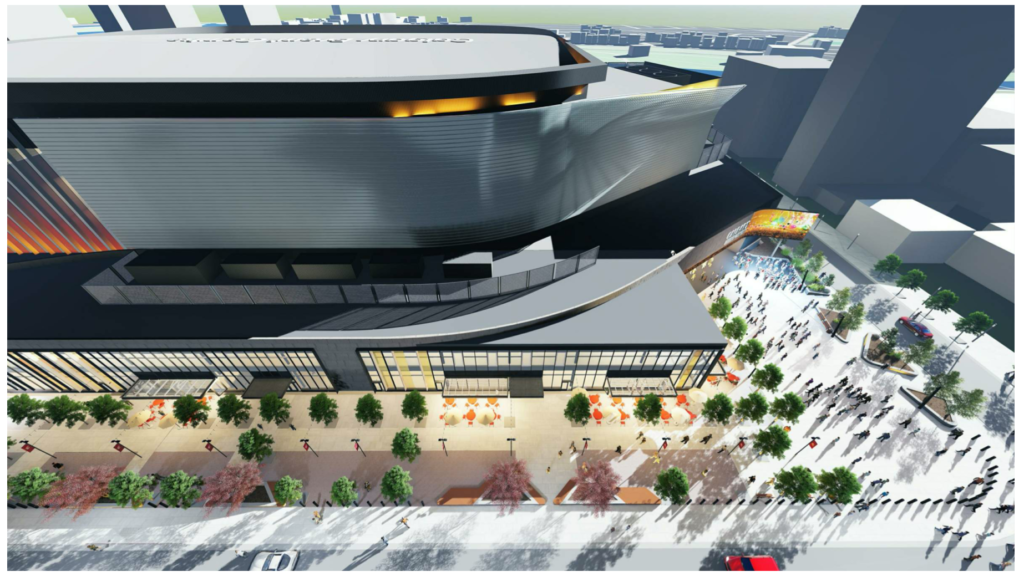 The bad news for long-time fans is this: the building is less fortressy on the outside – more windows and a metal ribbon that encircles the outside – but less iconic than the Saddledome. The Saddledome roof is beautiful, but it makes operating in that building a big challenge for a lot of logistical reasons. The new barn is more utilitarian-designed on the outside, but that makes life easier on the outside.
The “front door” of the building remains on Stampede Trail (4th Street SE), which is apparently what Olympic Way will be renamed to at some point. There’s wider sidewalks and digital signage on that side, plus the team store, bars and eateries. The “main” entrance of the building will be at the southwest corner, where Stampede Trail and 14th Avenue SE intersect. There’s a three level parkade on the southeast corner, too. The Green Line LRT station is two blocks north on Stampede Trail, located just south of the CP rail underpass. The interior features two full concourses – no more trips down from the 200s or 300s during intermissions – complete with food, bars, pocket dog stands, and many, many bathrooms. There’s even bathrooms and a concession on the floor level, so it appears the goal was to reduce the amount of human clutter on the concourses during intermissions. One design element seemingly stolen from Rogers Place, another HOK-designed building, is an end zone bar at the top of the lower bowl on the visitors’ side.
All-in-all: it’s a larger lower bowl than the Saddledome, has more pocket dog stands, more washrooms, and is seemingly a much more purpose-driven building (by design) than the old arena was. We’re reserving judgment until we see more detailed internal views, but it’s a nice first glimpse. 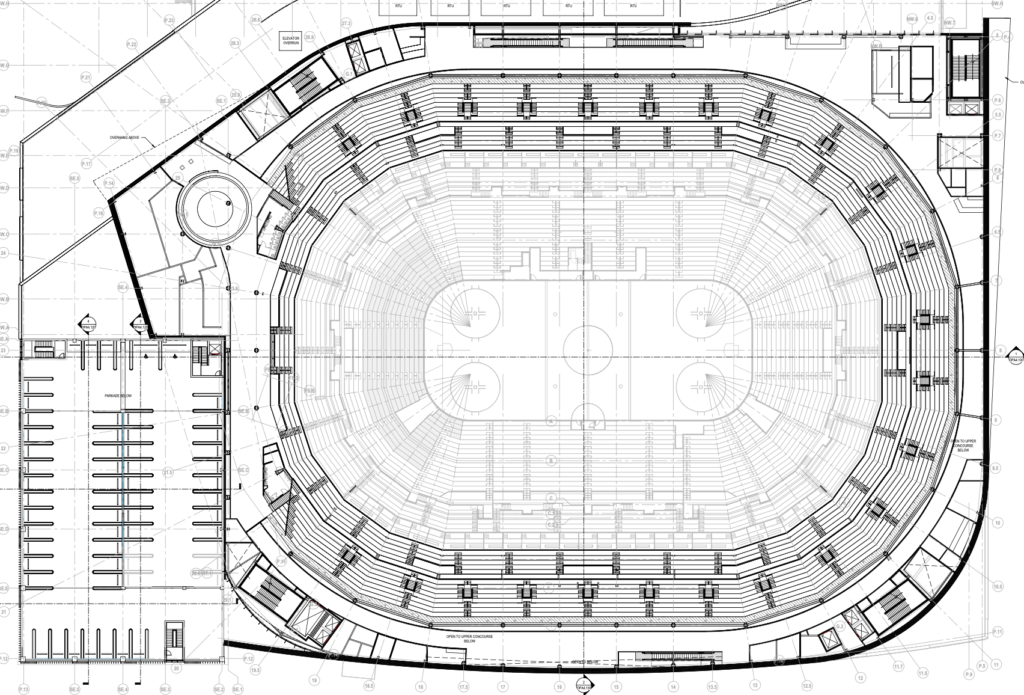 The development application will be reviewed at the Nov. 18 planning commission meeting and, if it’s approved, would likely be reviewed by all of council at the Dec. 6 meeting. Groundbreaking is targeted for mid-December, with the building aiming to open in August 2024.
What do you think of what you’ve seen of the new arena so far? Love it? Hate it? Let us know in the comments!
Uncategorized
Recent articles from Ryan Pike