How much runway do the Flames have left? 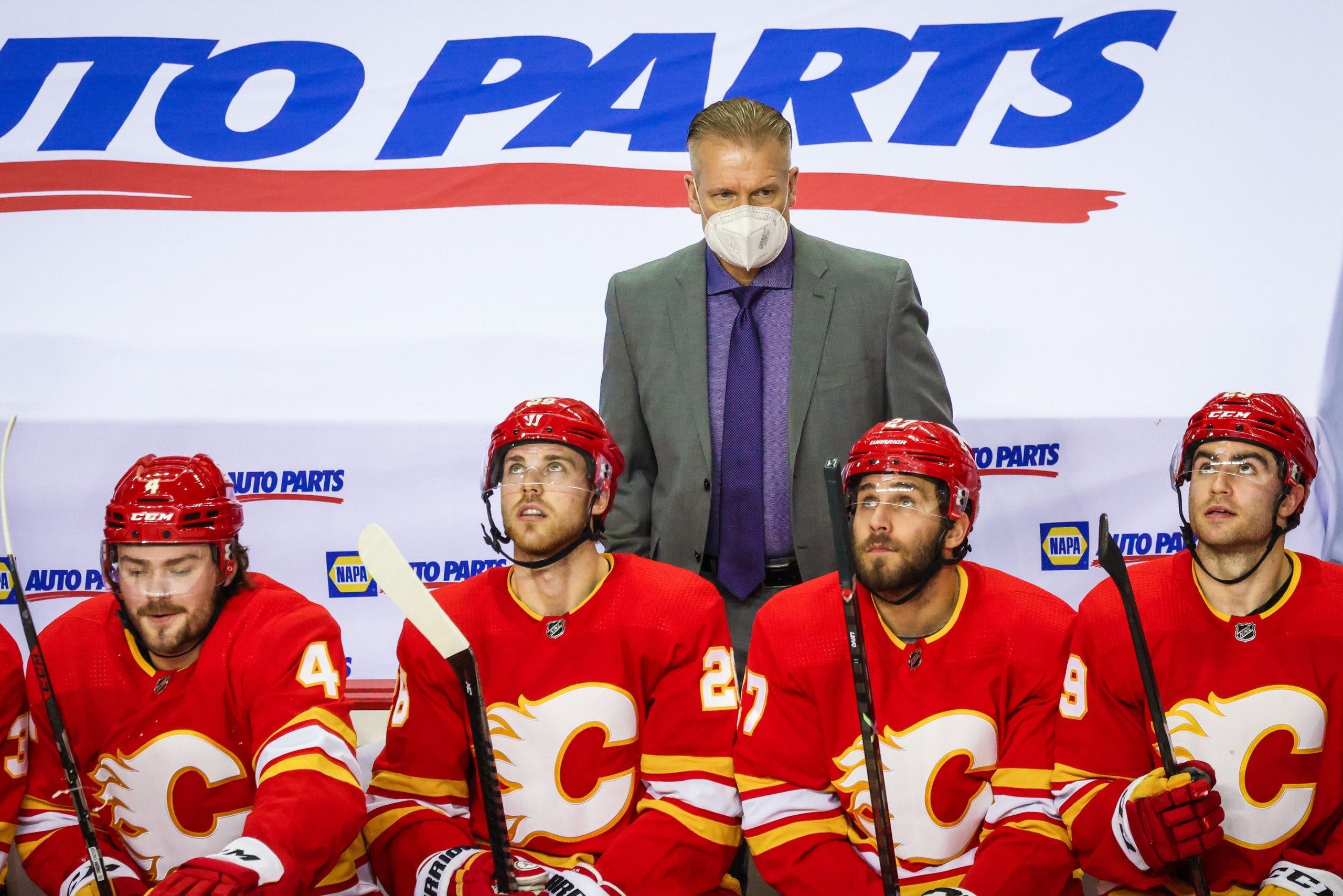 By Ryan Pike
1 year ago
As they head east to begin five games against Ontario teams in Ontario, the Calgary Flames are not in a playoff spot. With 38 games left, they have their work cut out for them.
In the interest of mapping out their potential path to the post-season dance, here’s a quick table breakdown of every Canadian team’s record by opponent and how many games they have left on the docket.
(For each team, read across the rows.)
After Sunday’s Vancouver/Winnipeg game, The Athletic’s Thomas Drance tweeted the following:
To reach 63 points, the Flames need to accumulate an additional 46 points in their remaining 38 games. That’s a .605 points percentage or a 99 point pace over the remainder of the season.
The good news is that nine of the Flames’ remaining 38 games are against Ottawa. If the Flames can take eight of nine from Ottawa, that’s 16 points and cuts down the amount they need to grab from everyone else to 30 points over 29 games – a .517 clip. That’s actually not that scary.
The bad news is that 21 of those other 29 games come against Toronto, Montreal and Edmonton. The Flames have earned four of a possible 14 points against these teams thus far.
There’s runway left, but as it stands the Flames have a very small margin for error. They basically need to run the table against the Senators in their remaining games and then try to be a .500 hockey club in their games against everybody else. It’s doable, but it makes the games they have against Canada’s worst team basically all must-wins.
Uncategorized
Recent articles from Ryan Pike