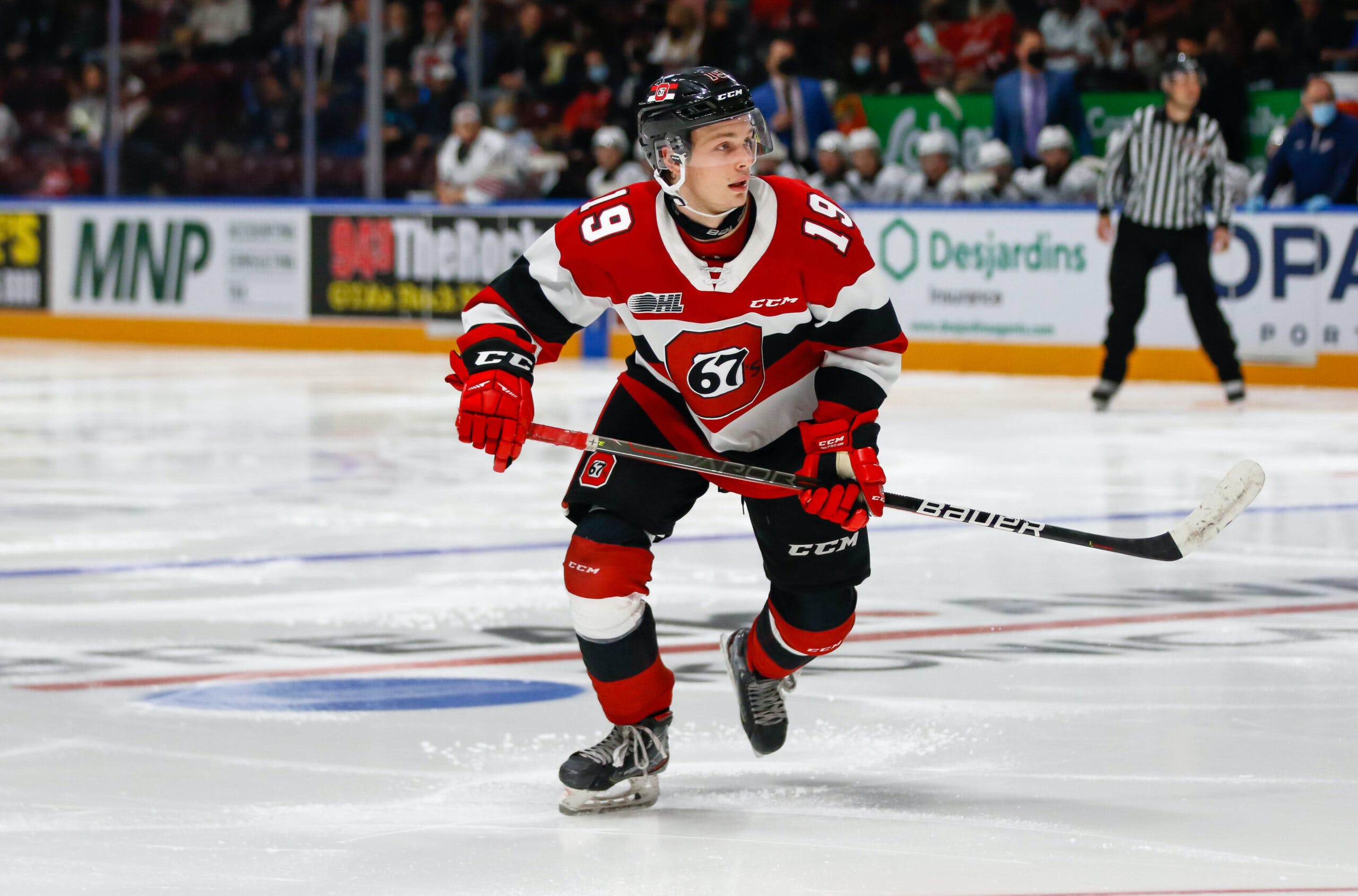 By Zach Laing
28 days ago
It’s been a tough year for 2021 6th-round pick Jack Beck.
He played in just 10 games earlier this season before on Oct. 28th, he was injured after scoring a goal. He had found the back of the net, but was unintentionally taken out by an opposing player.
He had been off to a strong start, too. In those first 10 games, he racked up 13 points. It’s part of a bigger trend of some injuries for the 19-year-old who has played in just 51 games since being drafted.
Even with that, Beck has shown a wealth of talent and yesterday, Ryan Pike dove into what he needs to do to earn an entry-level deal.
But for Beck, he worked hard to get back from his injuries. Last season he was injured in November, and was out of the lineup until February. It’s safe to say it hasn’t been an easy road for him.
“The big problem with both injuries was that I wasn’t able to do anything,” Beck told the Ottawa 67’s’ website. “It got pretty boring. You’re just sitting there, you can’t work out, you can’t skate, and you can’t do much with the team, so you don’t really feel like you’re a part of it.”
The Flames, however, wanted to help Beck along in his recovery by sending out their skating coach to work alongside him. It came at a time when he started skating on his own, and helped his development continue.
Beck shed the practice jersey and returned to the lineup on Thursday scoring two assists in an overtime loss to Barrie.
Editorials
Recent articles from Zach Laing