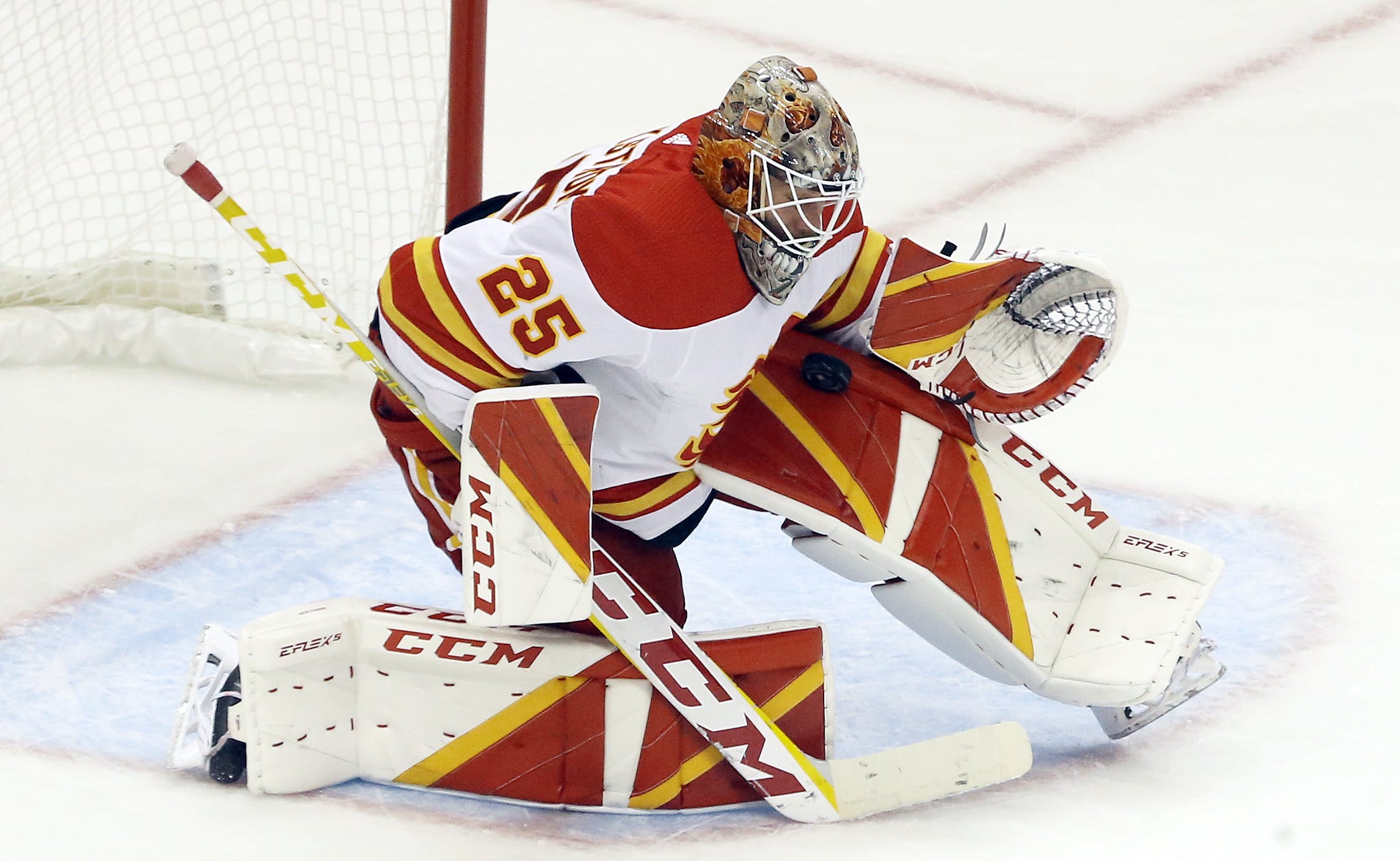 By Mike Gould
1 year ago
Calgary Flames goaltender Jacob Markström picked up his second shutout in three games in a 4-0 win over the Pittsburgh Penguins on Thursday.
Markström, 31, helped cap off a perfect 5-0-0 road trip for the Flames with a 45-save performance against the Penguins. Seven of Markström’s saves came during a four-minute period in the first place where the Flames played shorthanded, including an extended Penguins 5-on-3 advantage.
Pittsburgh recorded 15 shots in each period of Thursday’s game. According to Natural Stat Trick, the Penguins won the 5-on-5 expected goals battle 2.90 to 1.91 and hovered around the 60% expected goals mark in all three periods.
Markström’s best save of the game — and, arguably, one of the best stops by any NHL goaltender this season — came during the second period, when he acrobatically stretched out to stop a shot by Penguins forward Drew O’Connor with his paddle.
Here’s how Markström described the save when speaking with the media after the game:

I think the first shot from the top, the other guy’s screening so I was just working to try to track that first shot and I got a little aggressive because I kind of lost it so I wanted to make the net a little smaller by getting a little more aggressive. It hit my pad and then it hit his skate and then it’s just desperation. i just wanted to get something covering the ice at least, because it’s tough for those guys in front of the net when they turn and shoot. It’s usually on the ice. So, I just wanted to cover the ice and it was pure luck. I’ll take it, though.

With the win, Markström improved to 3-1-1 this season with a .952 save percentage and two shutouts. He went 22-19-2 with a .904 and three clean sheets in his debut go-round in Calgary last year.
@Johnny Gaudreau, @Blake Coleman, @Dillon Dube, and @Milan Lucic scored for the Flames in the victory on Thursday. Markström was named the game’s first star in recognition of his performance.
The 5-1-1 Flames will return to action at the Scotiabank Saddledome on Oct. 30 to play host to the 3-1-1 Philadelphia Flyers.
Uncategorized
Recent articles from Mike Gould