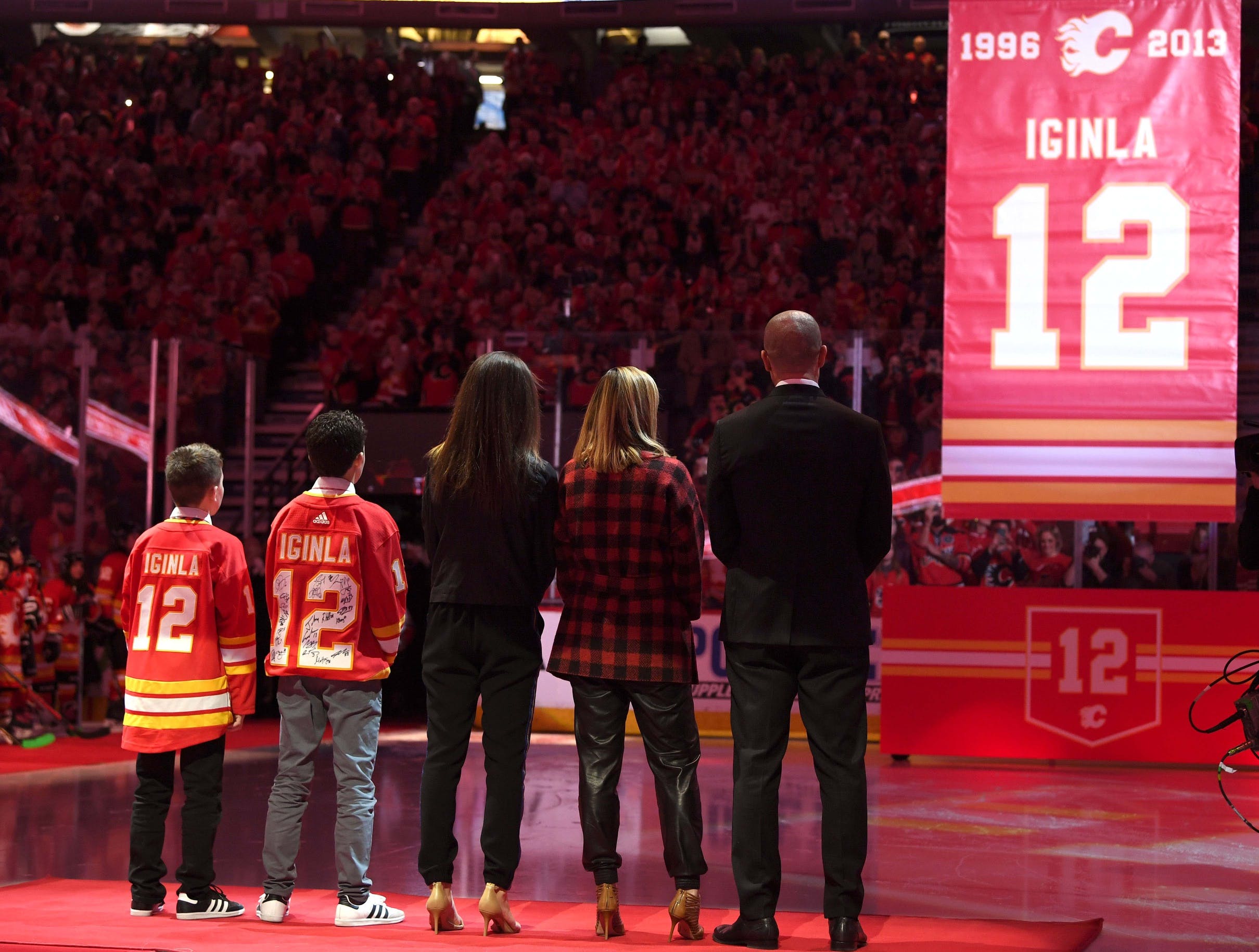 By Ryan Pike
1 year ago
According to the man himself, just making the National Hockey League would have been enough.
Growing up as a young fan in St. Albert, Jarome Iginla didn’t fit the traditional mold of a what a hockey player was. Heck, he didn’t even have a jersey or socks when he showed up to his first try-out. But decades later, he has firmly established a legacy for himself as one of the game’s best competitors, most inspirational figures, and best people.
He will officially be enshrined in the Hockey Hall of Fame during a ceremony on Monday night (6 p.m. MT, TSN5)
Iginla’s resume speaks for itself, but it’s worth going over just to cement how special he was on the ice.
Amateur excellence: Iginla played with the Western Hockey League’s Kamloops Blazers for three seasons. He posted 102 goals and 236 points over 183 regular season games, and was a point-per-game player in 56 career playoff games. Individually, he was named the Memorial Cup’s Most Sportsmanlike Player and the WHL’s Player of the Year during his tenure. The Broncos won two WHL Championships and two Memorial Cups while he was with the club.
Pro excellence: Iginla was a first-round selection of the Dallas Stars in the 1995 NHL Draft, then was traded to Calgary for future Hall of Famer Joe Nieuwendyk. He made his NHL debut in the 1996 playoffs and embarked upon an NHL career that was quite simply excellent. He played 1,554 regular season games and scored 625 goals and 1,300 points during his career. From Iginla’s NHL debut until today, only Alex Ovechkin has scored more goals.
Locally, Iginla played for the Flames for parts of 16 seasons. He dealt with the pressures of being a fairly unknown prospect who was acquired for one of the club’s legends tremendously well: he became even better than the player he replaced. If you look at the Flames franchise record book, the name “Iginla” is prominently displaced a lot.
As a pro, Iginla won basically everything worth winning aside from the Stanley Cup. He won two goal-scoring titles, one point-scoring title, the Ted Lindsay Award (the MVP voted by the players), the King Clancy Award, the NHL Foundation Player Award, the Mark Messier Leadership Award, as well as being voted to the All-Rookie Team, the season-ending All-Star Team (three times) and representing the Flames in seven All-Star Games.
International excellence: There are few players as synonymous with winning big tournaments while wearing the maple leaf than Iginla. First suiting up for Canada at the La Copa Mexico tournament in 1994-95, Iginla represented Canada at the World Juniors (winning gold), the World Cup of Hockey (winning gold), the World Championship (winning gold) and three Olympics (winning gold twice). His offensive outburst in 2002 helped lead Canada to their first Olympic gold in 50 years and his pass to Sidney Crosby in overtime in 2010 set up arguably the most-replayed goal in this generation of hockey.
Intangibles and importance: If you talk to anybody in hockey about Iginla, they will rave about his competitiveness, skill and humility. They also probably have a funny story or two about him.
But probably more importantly, he was an extremely prominent player of colour during a period of growth for the NHL and it’s probably impossible to really capture how huge that was in inspiring young people to pursue the sport.
Iginla retired in 2018 but he’s been active, dipping his toe into the coaching pond. He coached son Tij in Boston and is currently the head coach at the Rink Hockey Academy in Kelowna, where his son Joe is playing. He created a great, lasting legacy as a hockey player and he seems poised to continue adding to it, even if he’s not actively playing anymore.
Uncategorized
Recent articles from Ryan Pike