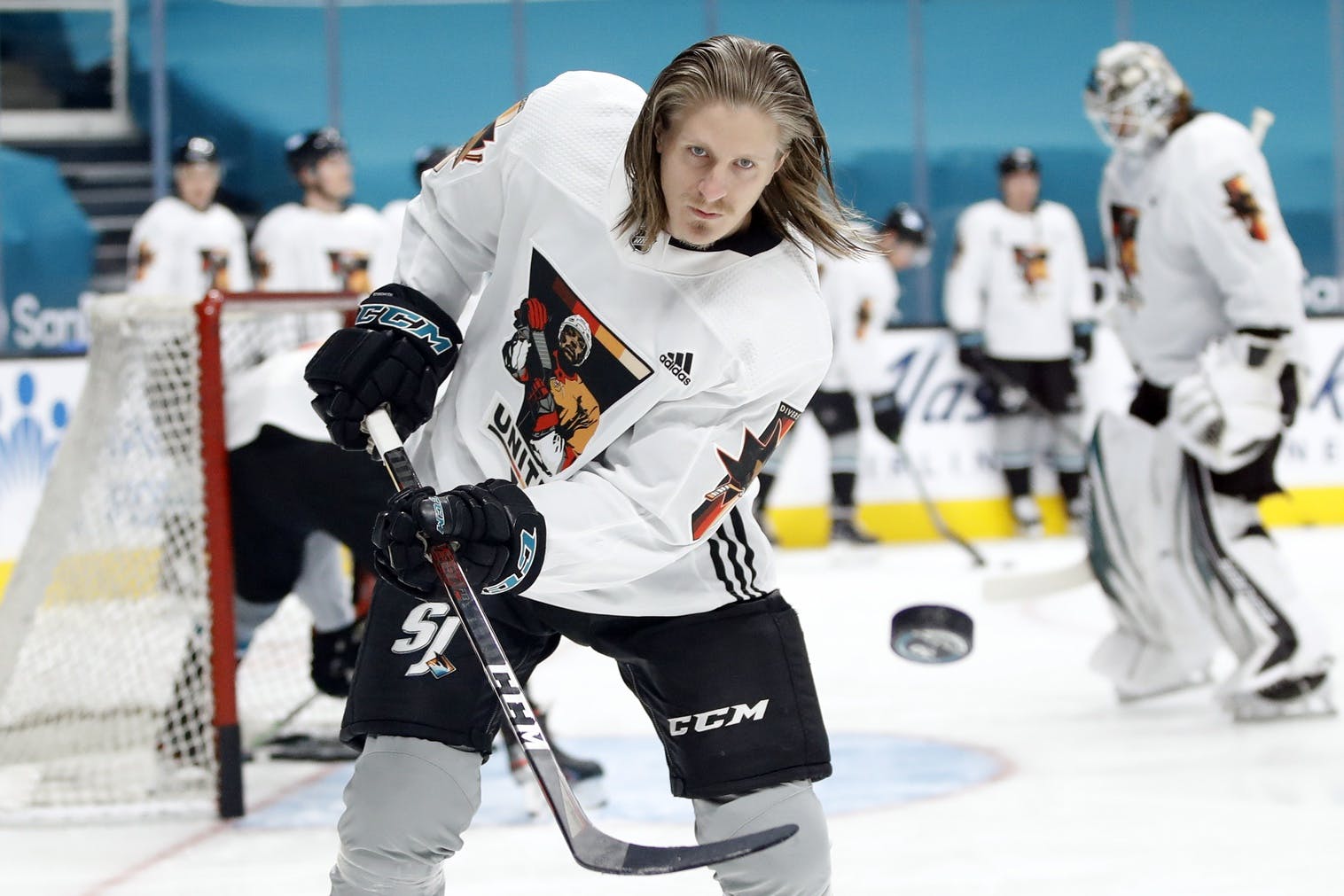 By Ryan Pike
1 year ago
We’re nearing the April 12 trade deadline, so be prepared to hear the Calgary Flames linked to a lot of players. On Hockey Night in Canada’s Headlines segment, Sportsnet’s Chris Johnston tied the Flames to San Jose Sharks left wing Marcus Sorensen.
Here’s how Johnston explained it:

Marcus Sorensen in San Jose is more of a traditional rental. Only makes one and a half million dollars. He’s a UFA at the end of the year. And I know he’s drawn some interest from the Canadian teams. Maybe a fit in Calgary there. We said they were looking for an addition they can add up front and I do think he will be someone moving before the deadline.

Sorensen is 28, Swedish and makes $1.5 million so the Flames could add him at the trade deadline – give or take a 14 day quarantine – and not have to move anything out to make the cap space work. So that’s good! He’s been good in the playoffs for the Sharks, with 12 points in 34 playoff outings.
The big thing is, uh, what would the point be? Sorensen is, at least in the regular season, a fringe NHL body. He’s dressed for 16 of San Jose’s 28 games this season, being a healthy scratch (and enjoying a stint on the NHL’s COVID list) for their other dozen games. (He has three points in the games he’s played.) For a team that already has Joakim Nordstrom and Dominik Simon as far as depth left shot forwards who can also be healthy scratches, expending assets and using up their extra cap space on a rental seems ill-advised.
Now, Sorensen did have 24 points in 14 games with the Swedish second league’s HC Vita Hasten during the break. That’s great! But he is what he is right now at the NHL level.
There may be other moving pieces that could make this move make more sense in tandem, but on its face it doesn’t seem like an ideal allocation of resources at this point.
Uncategorized
Recent articles from Ryan Pike