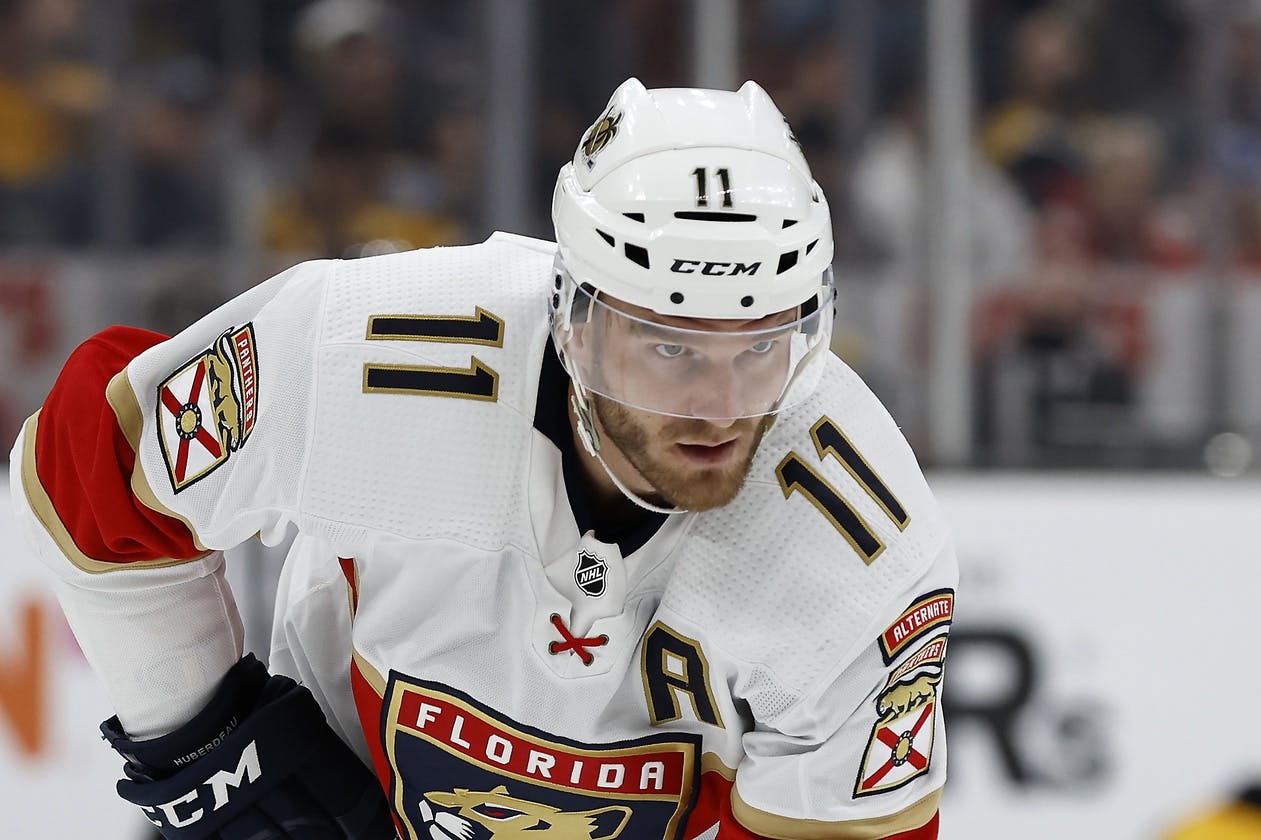 By Mike Gould
5 months ago
From the start, the Calgary Flames and Jonathan Huberdeau were a match made in heaven.
All Huberdeau wanted was for a team to show him some respect. The Flames just needed a star to love them back.
Flames general manager Brad Treliving didn’t need to look further than his recycling bin to find an appropriate template for the contract he signed with his newly-acquired star winger on Thursday evening.
Eight years at a $10.5 million cap hit. Sound familiar? It should: Calgary reportedly offered the exact same deal to former franchise cornerstone Johnny Gaudreau.
You won’t find many players in the National Hockey League who produce like Huberdeau and Gaudreau. Both wingers scored exactly 115 points last season, good enough to tie for second in the Art Ross Trophy race.
The Flames lost Gaudreau for absolutely nothing when he elected to sign a seven-year deal with the Columbus Blue Jackets in unrestricted free agency. And when faced with the prospect of losing both Gaudreau and dissatisfied 100-point scorer Matthew Tkachuk, Treliving found himself needing to pull a rabbit out of his hat with his back squarely pressed up against a 50th-floor window.
Well, you can forget all about the rabbits. In one of the ballsiest trades any NHL executive has made in years, the Boston Pizza heir shipped Tkachuk off to Florida for a massive package centred around Huberdeau, as convincing a Gaudreau facsimile the sport has to offer.
MacKenzie Weegar, Cole Schwindt, and Florida’s 2025 first-round draft selection rounded out the impressive haul the Flames received for Tkachuk, who immediately signed an eight-year contract with the Panthers.
At the time, the deal resonated differently on both sides. Florida received a vitally important building block to pair with 2021 Frank J. Selke Trophy winner Aleksander Barkov for the foreseeable future; Calgary added two players signed for just the 2022–23 season who would, at the very least, help keep the competitive window open a little while longer.
Treliving’s work was far from complete, though. There was no chance the GM would go into the 2022–23 season with two star players in contractual limbo after a year of fielding the same questions about Gaudreau and Tkachuk until they both left.
The Flames absolutely had to sign Huberdeau this summer. The only alternative would have been to trade him again, and that simply wasn’t going to fly.
Gaudreau, Tkachuk, and Huberdeau are the only players in recent memory to change teams immediately after scoring 100 points in a season. Can you imagine the reaction if all three ended up leaving the Flames in the same summer?
The Flames got what they wanted. So did the player, who would have taken an enormous risk by not signing for as much as possible immediately after his career-best 115-point season.
Allan Walsh, Huberdeau’s agent, currently represents more than two dozen active NHL clients. Entering this summer, none made more than $7 million per season. Now, Walsh acts on behalf of the league’s ninth-highest-paid player. Talk about having an incentive to sign …
Are the Flames done? Goodness, no. Weegar needs a new deal, as does promising young centre Adam Ruzicka. The team’s glut of NHL defencemen needs to be addressed. Treliving could stand to add another forward or two.
Those items on the agenda will be dealt with in due time. For now, gone are the days of the Flames’ on-ice leaders perpetually playing with one foot out the door. The Huberdeau era has officially begun, and the rest of the pieces can now fall into place.
If all else fails, Jona-10 got his Huber-dough.