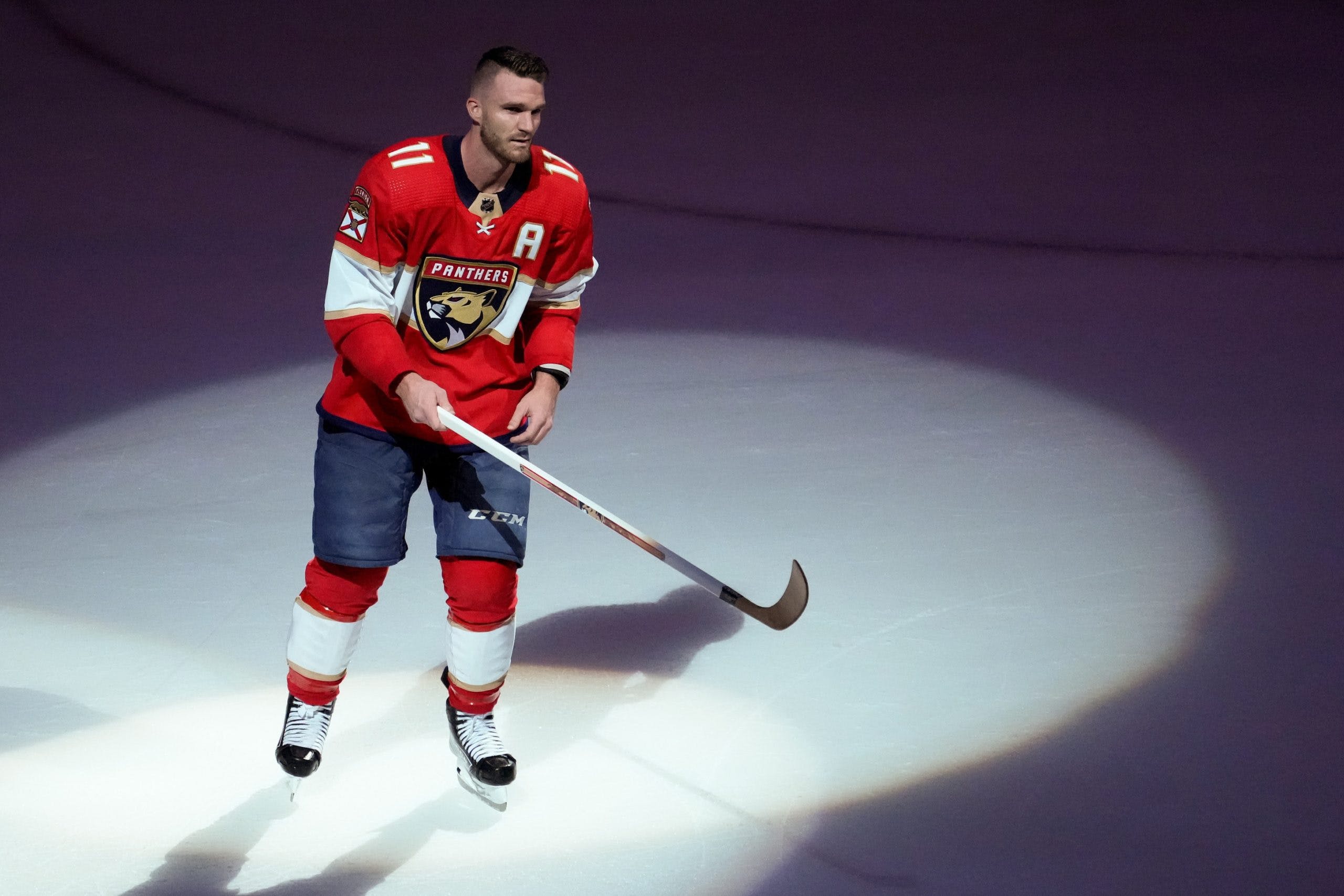 By Ryan Pike
5 months ago
That must have been a really nice meal.
A few days after Calgary Flames general manager Brad Treliving headed to Montreal to meet him in-person for dinner, the Flames are closing in on signing Jonathan Huberdeau to a contract extension. Per Daily Faceoff’s Frank Seravalli, it’ll be an eight year extension worth $10.5 million per season against the cap. (Update: The deal is official.)
The extension will kick in with the 2023-24 season and run through 2030-31.
Per Sportsnet’s Elliotte Friedman, here’s the contractual breakdown:
That’s $61.5 million in signing bonuses.
The deal has a full no-move clause included, though in the final two seasons there’s also a modified no-trade clause (Huberdeau can list 12 teams he would allow a trade to).
The Flames acquired the 29-year-old Huberdeau 13 days ago from the Florida Panthers as part of the trade that sent Matthew Tkachuk to South Florida. On Monday, Treliving and Huberdeau had dinner, meeting for the first time. And now? Huberdeau is cemented as a long-term piece of the hockey club.
The left winger is coming off a heck of a 2021-22 season. Huberdeau set a single-season NHL record for assists by a left wing with 85, finished tied for second in the league with 115 points, and finished fifth in Hart Trophy balloting. Originally the third overall selection in the 2011 NHL Draft, Huberdeau has put up 613 points over 671 games in his NHL regular season career.
Huberdeau’s deal, once official, will become the richest deal in Flames franchise history. The $10.5 million AAV dwarfs the $7 million that Jarome Iginla and Matthew Tkachuk both earned, while the $84 million total value towers over the $44.625 million deal that Sean Monahan is entering the final year of. And it’s the first time the Flames have ever signed somebody to an eight-year deal* – their previous record length was seven years (also Monahan).
(* – Technically Tkachuk’s eight-year deal was “signed” by the Flames before the trade to Florida, but it was negotiated by the Panthers as part of the trade and then filed with the league, so it’s not really a Flames contract in a real sense.)