Matthew Tkachuk breaks down his precision tip-in goal against Florida 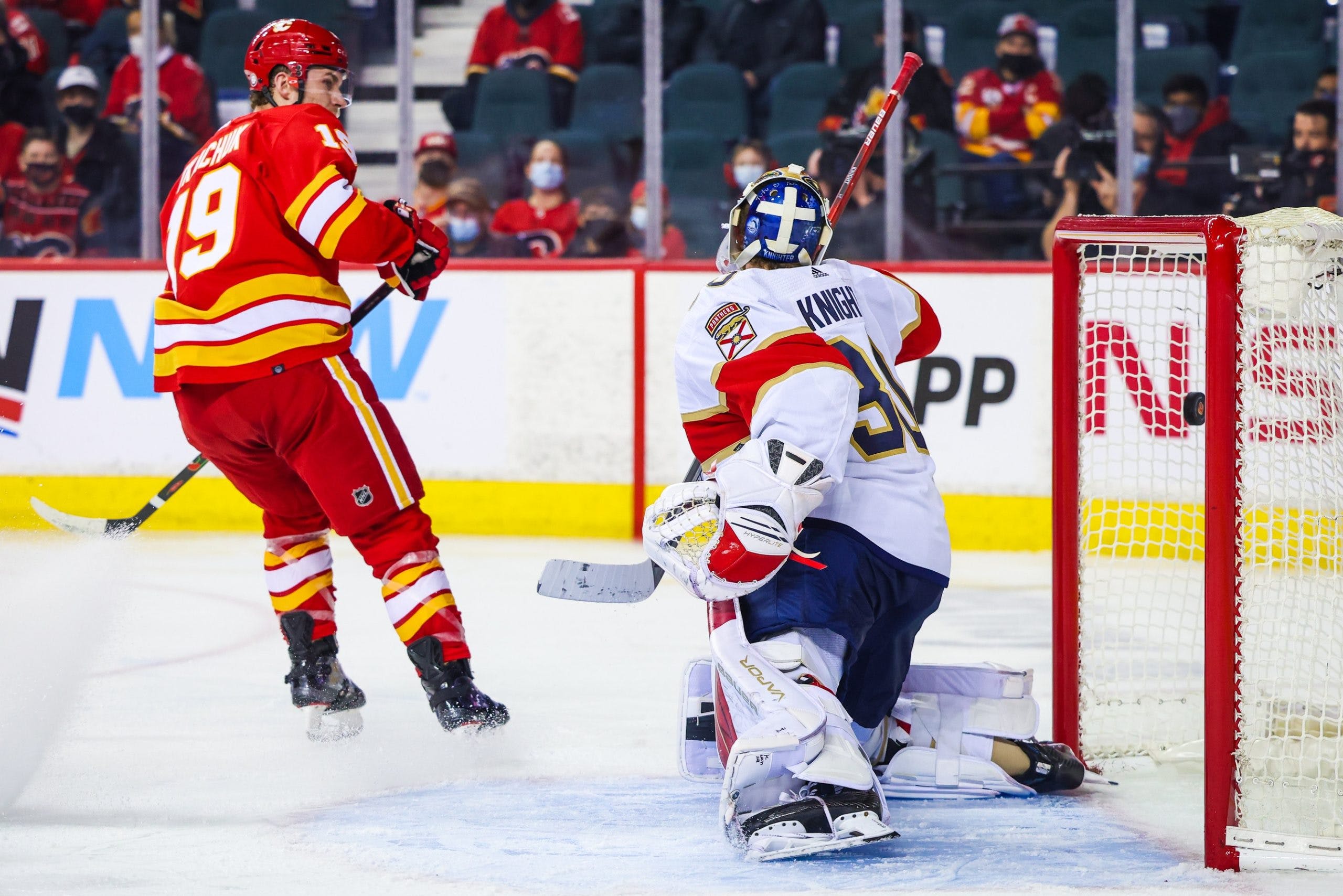 By Ryan Pike
10 months ago
On Tuesday evening against the Florida Panthers, Calgary Flames forward Matthew Tkachuk did what he seemingly does better than anybody in the National Hockey League: he scored a slick tip-in goal.
His goal, Calgary’s fourth in a 5-1 victory, punctuated a superb rush play by the Flames’ top line.
A bunch of things happen fairly quickly in the lead-up to the goal being scored:
Here’s what happened in Tkachuk’s own words:

I thought Johnny was going to maybe drop it, so I was behind him. Once I saw him hook off, I knew he was going to give it to Lindy so I was going to drive. He gave it to Lindy. It kinda handcuffed him just a little bit and he had to pull it to his forehand just a little bit and I think… I know he was trying to get it to me the whole time, it might of ramped off the D’s stick in front of him to start. It was in the air behind me and I tried to get a piece of it, try to whack it in, and I did.