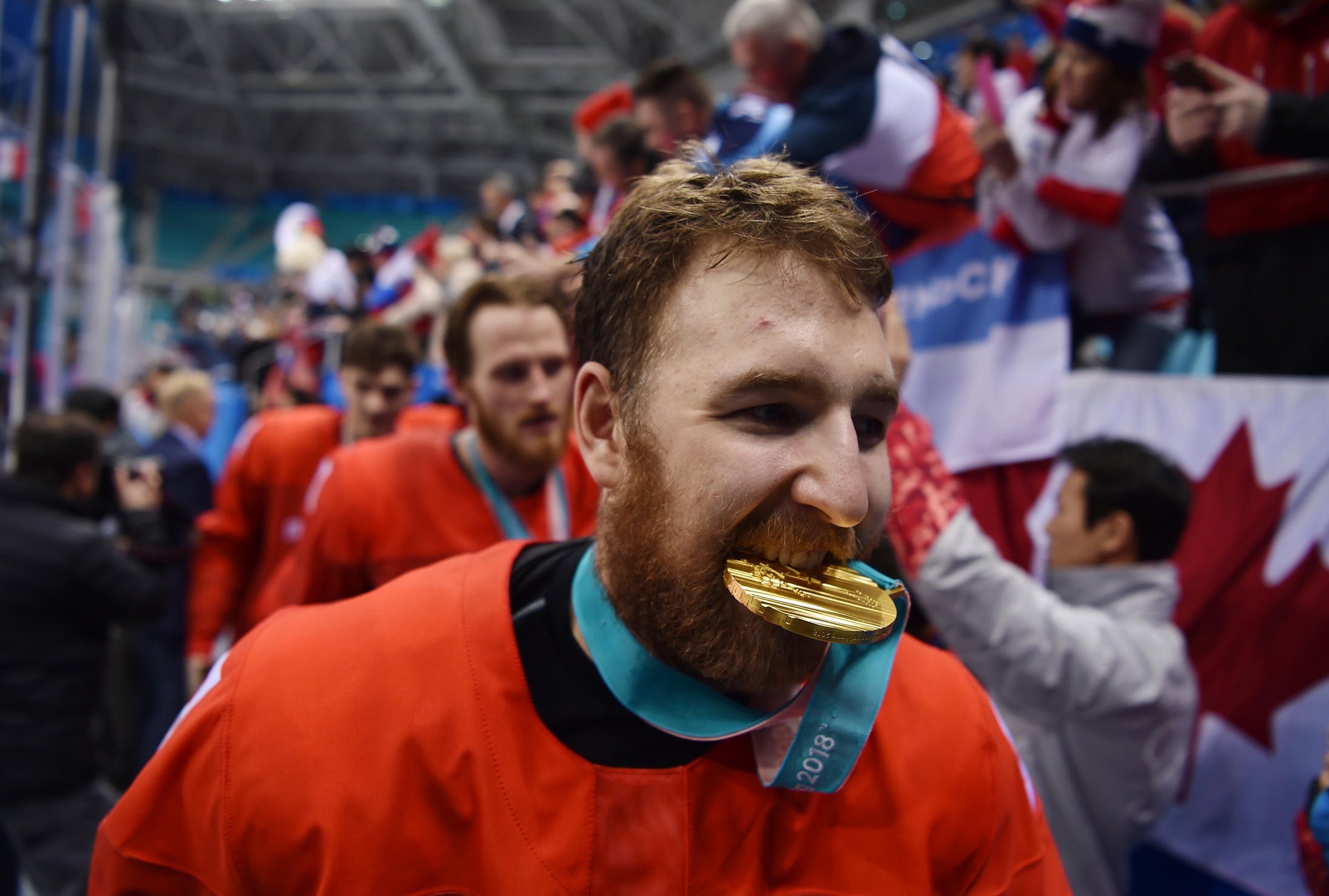 By Prajeya Parmar
1 year ago
Few fans were excited to see the Calgary Flames sign Russian defensemen Nikita Nesterov back on Oct. 23, 2020; especially given that he was labelled as a left-handed Michael Stone. Since then, if anything, Nesterov has lost supporters, with many fans either indifferent or joyous to see the Chelyabinsk native sign with the KHL’s CSKA Moscow. Let’s take a look at what the Flames are losing in their Russian defender.

Drafted in the fifth round, 148th overall, by the Tampa Bay Lightning back in 2011, Nesterov spent two-years before making the transition to North American hockey. The left-handed defensemen had an outstanding Draft + 1 year, banking 31 points in 41 games, achieving MHL all-star status, winning MHL defensemen of the month on two separate occasions, and achieving a silver medal at the U20 WJC. Rather than take the natural next step and play in the VHL, Nesterov spent the majority of the 2012-13 season in the KHL with arguably the coolest named sports team in the world, Traktor Chelyabinsk. Unfortunately, the fifth round draft pick had lost all of his offensive swagger, with 0 points in 35 KHL games with minimal ice-time, Nesterov received no demotion to the VHL, despite it being necessary for his development.
Following quite a forgettable 2012-13 season in Russia’s top circuit, after which the Tampa Bay Lightning signed him to a three year, $2,227,500 contract, Nesterov made the journey across the pond to Syracuse. The rearguard bounced between the NHL and AHL during his first two seasons, playing quite well, impressing long-time Lightning coach, Jon Cooper, in the process. Many, including DobberProspects’ Cam Pope, believed that Nesterov had the potential to develop into a top-four defensemen at the NHL level. Unfortunately, these high hopes were not met, with the Russian defenseman being highly inconsistent and giving up highly untimely turnovers.
Ultimately, patience ran out, and Nikita Nesterov was traded on Jan. 26, 2017 to the Montreal Canadiens for minor league defenceman Jonathan Racine and a 2017 sixth round draft pick. Nesterov would go on to finish the season with the Habs, and then return to the KHL, making the all-star team twice during his three seasons there, winning the Gagarin Cup and Olympic gold medal, as well as getting bronze during the 2019 IIHF World Championship. In short, Russian and International hockey has been good for Nikita Nesterov, with his last three seasons along with English lessons seeming to be enough for multiple teams to take a crack at him. This led to Brad Treliving signing Nesterov to a one-year $700,000 contract on Oct. 23, 2020.

Despite possessing a thunderous shot, Nesterov finished goalless during the 2020-21 season. With four assists in 38 games, Nesterov was primarily utilized as a bottom pairing defenseman, most commonly paired with Juuso Valimaki. While his ice-time went up, Nesterov’s deployment changed drastically from his past NHL campaigns; a potential reason for the lack of his offence this season.
Nesterov’s offensive zone start percentage fell by nearly 15% from his career average, with the increase in defence assignments resulting in the Chelyabinsk product’s Corsi and offensive numbers plummeting. Being thrust into an unfamiliar and uncomfortable position, Nesterov often looked overworked and was exposed many times as a result. This often had negative implications on his most common defence partner, Valimaki, who required a stable presence and sheltering to be a more effective player than he was this year. The Russian defenseman also squandered the offensive chances he did have, as his shots often hitting the other teams players rather than the net, with a team low Shot Thru % of 36.3% (minimum 10 games played). Furthermore, Nesterov was second on the Flames for GA/60 during even strength, first on the power play, and second on the penalty kill (minimum 10 games played); not the figures of a player that you should pair with a young and developing defenseman.
It could be said that Nesterov’s poor play this season is reflective of the players improper utilization. With that being said, the left-handed defenseman was given exponentially more opportunities than Oliver Kylington, with many believing that the Swede deserved more playing time this season. Either way, the third pairing will need to play significantly better in order for the Calgary Flames to achieve more success next season.

On June 16, Nesterov signed a one-year contract with CSKA Moscow, joining fellow Flames pending UFA Joakim Nordstrom. While his return to North American hockey was undoubtedly far shorter than he must have hoped for, it cannot be denied that Nesterov is a solid top-four defenseman at the KHL level. At the age of 28, Nesterov’s return to the NHL is not impossible, however likely improbable given the player’s performance this past season.