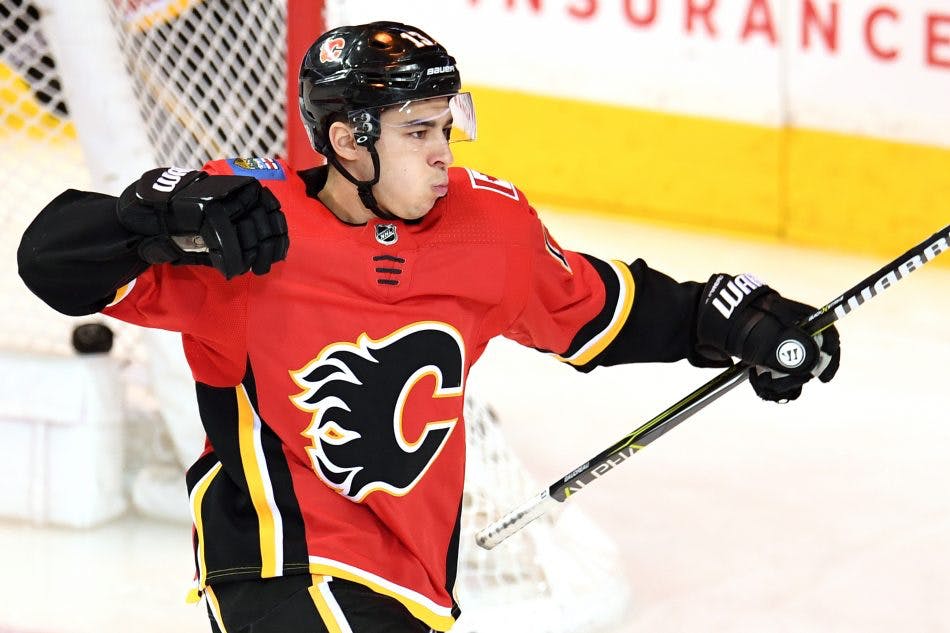 By Nation World HQ
1 year ago
by OddsShark (@OddsShark) – Sponsored Post
The Calgary Flames will be looking to bounce back from their worst defeat so far this season when they open a home-and-home series with the Edmonton Oilers on Friday night as slim -120 home favourites on the NHL odds at sportsbooks monitored by OddsShark.com.
On Wednesday, Calgary suffered a crushing 5-1 loss on home ice to close out an extended stretch of four dates with the Vancouver Canucks. That marked the team’s second loss by a multi-goal margin in three games going into Friday’s matchup at Scotiabank Saddledome.
Oilers vs Flames | OddsShark Matchup Report
With Wednesday’s defeat as -160 home chalk the Flames have all but squandered the momentum they gained from their recent three-game win streak. In addition to their continued struggles to score, the Flames have also fallen short in their attempts to contain opposing shooters as Calgary has surrendered 11 total goals during its current 1-2-0 slide.
And while the team was able to rely on an efficient power play to generate offense early on in the season, they now find themselves in a slump with the man advantage. The Flames managed to convert on 10 of 34 power play opportunities through their first seven outings of the campaign, but have scored just once in 12 chances over their past four outings.
Not surprisingly, the Flames find themselves mired in the bottom half of the NHL team offensive stats. Calgary ranks 21st overall at just 2.75 goals scored per game, and also ranks 26th in the league in shots on goal per game. That has helped make the Flames a reliable wager on the totals at betting sites, with the UNDER going 5-2-1 in their past eight contests.
The upside for the Flames is their recent steady track record against the rival Oilers. Calgary has earned the win in four of its last five dates with Edmonton, and in eight of 11 overall. That run featured a 6-4 victory over the Oilers as -130 home chalk back on February 6, which continued the recent trend towards high scoring when these two teams meet.
The Flames and Oilers have combined to score an average of 7.42 goals per game in their past seven overall matchups. They have also scored at least six total goals in their past three clashes on the Oilers’ home ice at Rogers Place, where they will meet on Saturday night.
Calgary, though, must now contend with a stingy Oilers squad that is set to enter Friday’s contest as +100 underdogs. Edmonton currently enjoys a 7-2-0 run, and has limited opponents to two or fewer goals in three of four outings including a 3-2 win over Winnipeg as -140 home chalk in its last outing on Wednesday night.
Check out OddsShark on Twitter and Instagram or head to YouTube for analysis on this week’s top games. As well, the OddsShark Computer serves up daily NHL betting picks.
Content
Odds News
Recent articles from Nation World HQ