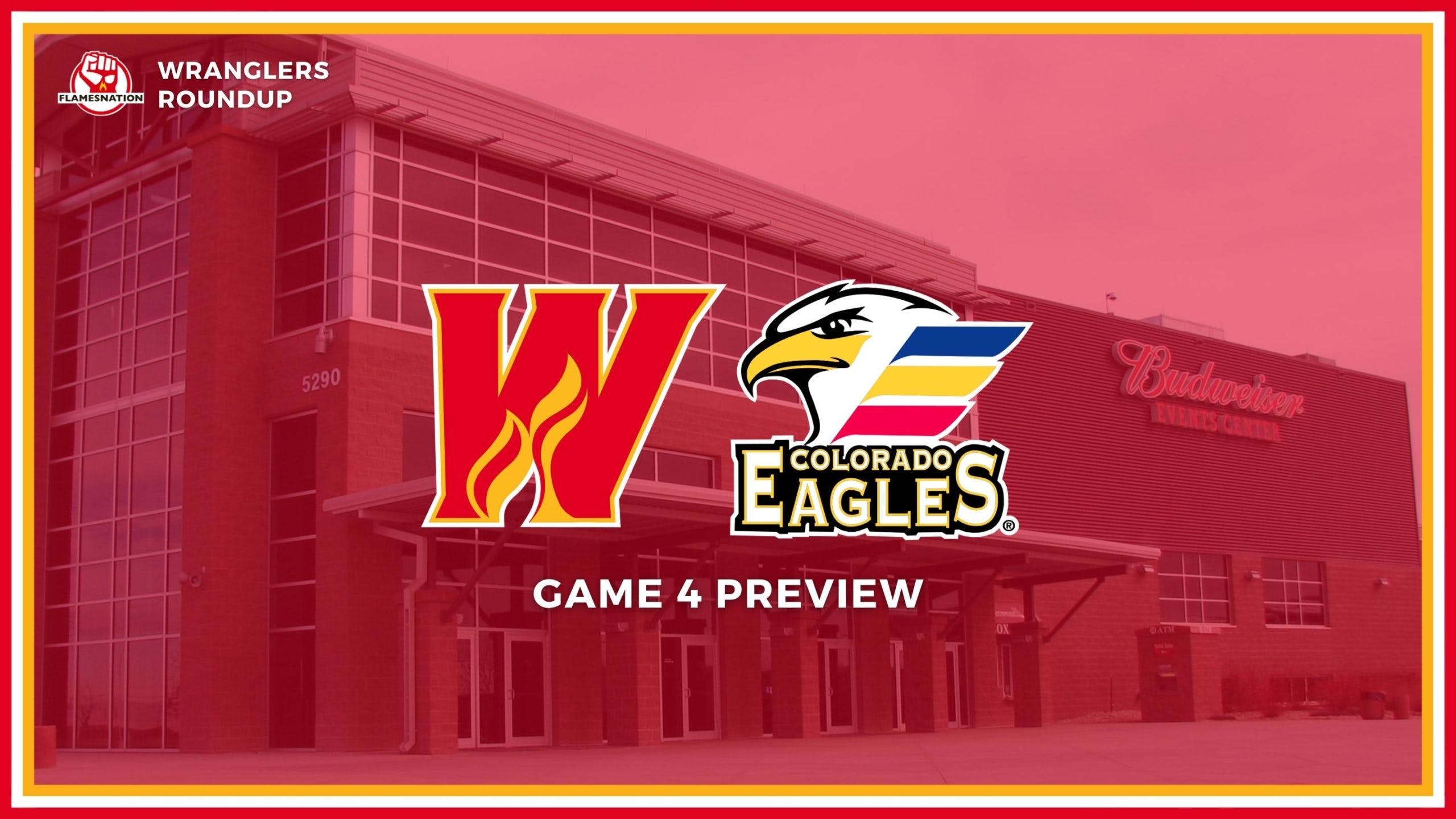 By Paige Siewert
1 month ago
The Calgary Wranglers are not having the best start to their season. They sit at the bottom of the Pacific Division with an 0-3-0-0 record. They also have the second-highest number of goals against in the league next to the Belleville Senators. They need a change in momentum to get their season rolling in the right direction. They face the Colorado Eagles for a rematch on Saturday night at 7:05 p.m. MT after falling to them on Friday night 6-2.

Friday’s game was not a very pretty one for the Wranglers. The hope is they can only get better from here. Start with one goal at a time. Maybe try to score first? Control the bleeding if it happens. That sort of thing. Oscar Dansk suffered through the whole game on Friday so Dustin Wolf is expected to be between the pipes on Saturday night.
Someone to look out for in particular is Jakob Pelletier. He left the game on Friday late in the third with a lower-body injury and did not return. Hopefully, he is healthy enough to return to the lineup Saturday. Even if he does, he is one of the players with high expectations but getting off to a slow start this year.
It might be in the best interest of the coaching staff and the players to make some changes to the lines as well. Something about the Connor Zary, Jakob Pelletier, Matthew Phillips line looks great on paper but isn’t translating too well on the ice just yet. Glenn Gawdin and Martin Pospisil got some time on that top line last year but with Gawdin on another team, putting Pospisil back up there might be an option to explore.
Another thing to draw attention to is Jeremie Poirier. Another highly regarded prospect that is actually quietly starting out quite strong for the Wranglers. He is one of their most noticeable defensemen and has brought more energy to his game than arguably the rest of his teammates. He had a goal in the season opener and an assist in the last game so he is even contributing on the scoreboard as well.
It’s too early to completely write off the Wranglers this season but an observation from the first three games is they are not going to be the same team the Stockton Heat were last year. Whether they are successful or not this year, there will be different guys contributing and finding the back of the net and their successes and failures are going to look different in the 2022-23 season.
Catch game updates on Twitter from FlamesNation contributors, Mike Gould and myself, Paige Siewert. The team announced there were some technical errors from AHL.tv preventing them from broadcasting their away feed so you may need to watch the Colorado feed tonight to get the game feed.
News
Recent articles from Paige Siewert