Quotable: the Flames lose to the Leafs 2-1 (in overtime) 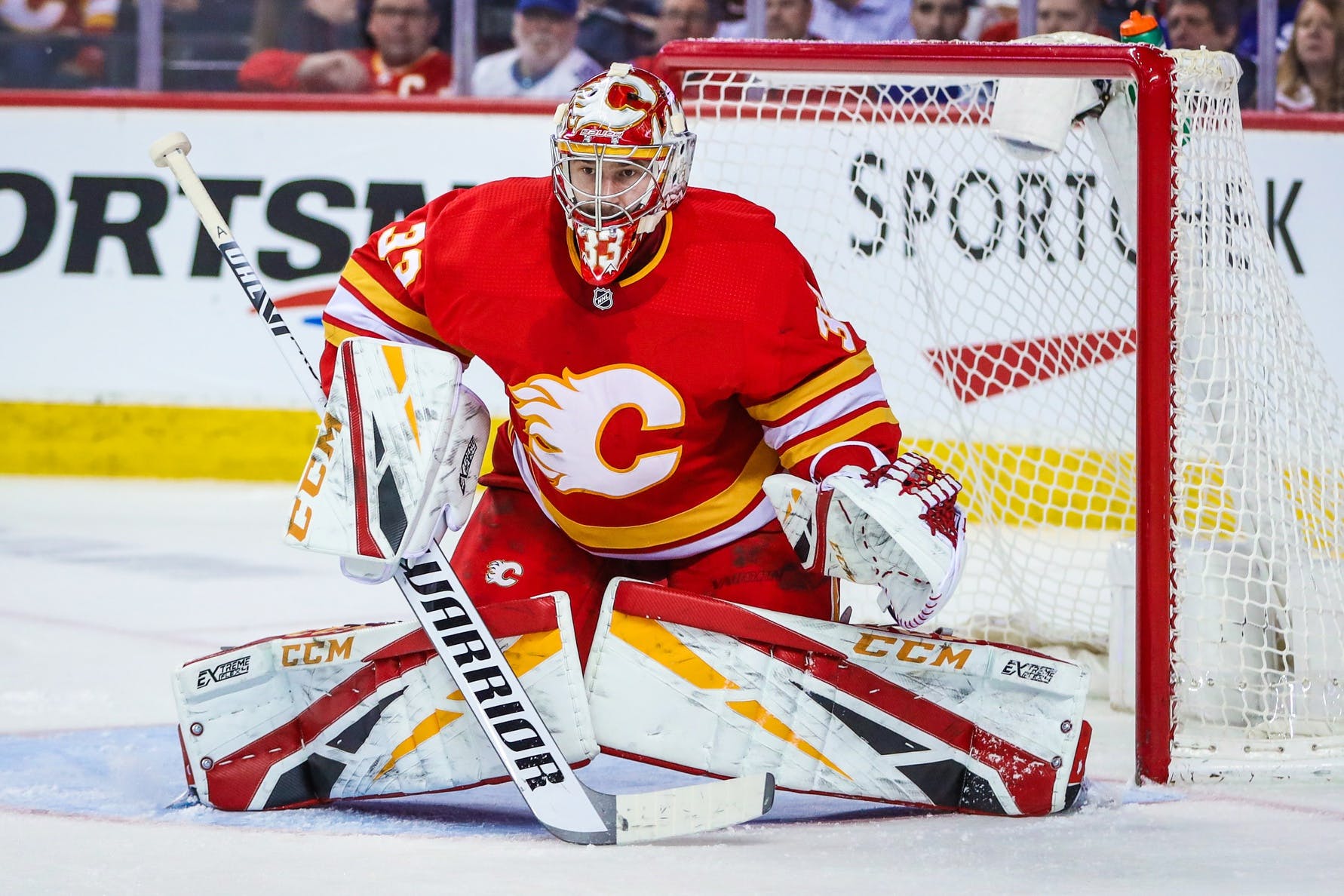 By Ryan Pike
1 year ago
The Calgary Flames were the second-best team on the ice on Wednesday night in Toronto. But their goaltender stood on his head they very nearly escaped with a regulation win. The Flames lost 2-1 to the Maple Leafs in overtime, leaving the Six with three of a possible four points.
Here are some selected quotes from the post-game media addresses.

The Leafs entered this week as one of the NHL’s top power play producing teams, scoring on over a third of their man advantages. The Flames had to kill off 11 penalties across the two games and they were successful, limiting Toronto to just 10 power play shots. Backlund reflected on the club’s penalty-killing prowess.

We did a good job keeping them on the outside. Being aggressive at the right times. Staying connected. Making little slow plays to clear pucks. So, definitely a good step in the right direction. And obviously Ritter was really good.

Rittich faced 73 shots over two games and stopped 71 of them. Speaking to the media post-game, Rittich was positive about the team’s performance but was obviously disappointed that the team didn’t manage to hold on for the win. But he seemed to be looking forward to the opportunity to play again against Ottawa.

I’m gonna be okay tomorrow. It’s just, I’m not feeling very awesome right now because we lost 2-1 in overtime. But it is what it is. I’m going to go through and I’m going to be fine tomorrow.

In five starts, Rittich has allowed 11 goals and his club has scored nine. Including his two relief appearances, he has a .919 save percentage this season.

It probably won’t be too surprising to learn that Ward was quite happy with Rittich’s performance in net the past two games.

When we needed the big stop, he was able to make it. It’s a good thing, he gave us a chance to win both hockey games. It’s disappointing for him the way tonight ended because he’s played so well, but he battled through both games. You know, I thought he was really quiet in the net. I thought he was well focused. I thought his positioning was good, his anticipation was good, his concentration was good. There was a lot of things to like about his game. He’s coming off two strong performances and he’s a guy traditionally who once he starts trending in this direction, he’s able to maintain it.