Quotable: the Flames lose to the Maple Leafs 5-3 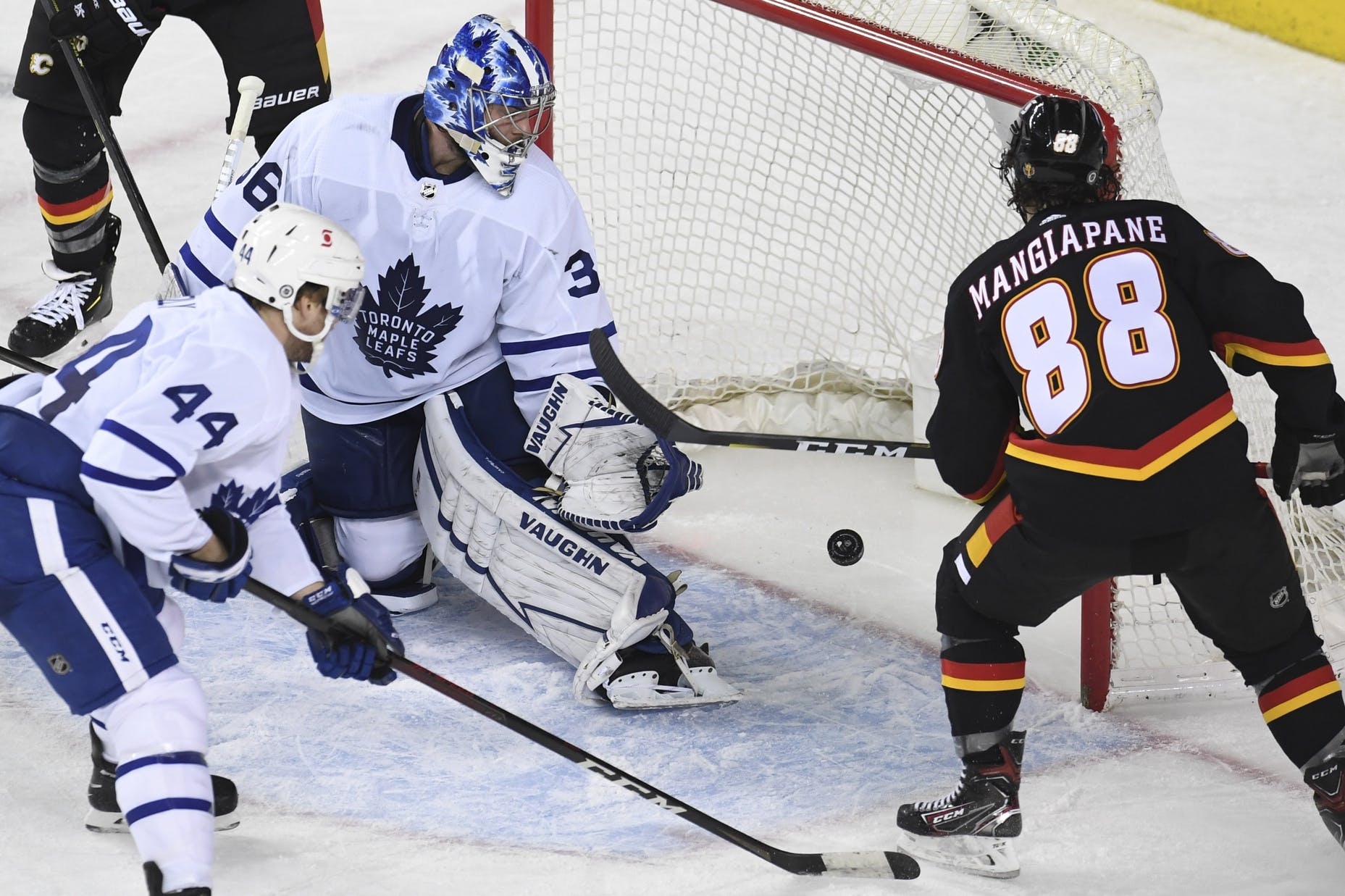 By Ryan Pike
1 year ago
The Calgary Flames skated to a 5-3 loss against the Toronto Maple Leafs on Monday night, their second such loss to Toronto in just over 27 hours. The club is now 5-9-0 under Darryl Sutter, having lost nine of their last 11 games after winning their first three after his arrival. Their playoff hopes are primarily theoretical at this point.
Here are some selected quotes from the post-game media addresses.

Since we’re not scoring and we’re not giving up a whole lot, but when we do it feels like it’s in the net. We’re just giving up too big of chances when we do give up chances… It’s just a bad cycle right now, or has been for awhile, and we gotta stop it.

While discussing where the game went wrong, Mangiapane also touched on the team’s defensive challenges lately.

I don’t know how their goals kinda went in and all that, but it’s always missed coverage or a little breakdown in our D-zone and it’s in the back of our net, right? So it’s gotta be all five [guys] and we’ve got to work together to get us out.

It’s got nothing to do with anything other than, if you look at guys that haven’t scored five-on-five goals this year that are looked on as… I’m not gonna get into that. It’s not about systems or style or any of that. This team gave up too many goals tonight and gave up too many goals last night to beat Toronto. We don’t have a 30 goal scorer and we don’t have a 40 goal scorer in today’s game.

It was mentioned that Johnny Gaudreau and Sean Monahan had scored a lot in the past, and Sutter was asked what they need to do to get them going.

Well they haven’t this year, have they? I mean, if you look at their even strength goals they have, I think Sean and Johnny have… You know, we split them up in the third period tonight to see if we could give them a bit of life. And Johnny has played that way lately where he’s had some spirit to his game, and that’s good. And I think Sean wore down as the game went on in terms of the overall part of it. I think Sean’s been getting a lot of opportunities. Some grade-A ones the last three or four games, so you hope they go in for him. Johnny, we just want him to keep trying to shoot pucks more. I don’t know if he had a shot tonight on goal, but he certainly had opportunities to shoot and that’s what he’s got to do.