How do current Flames stack up against past first rounders? 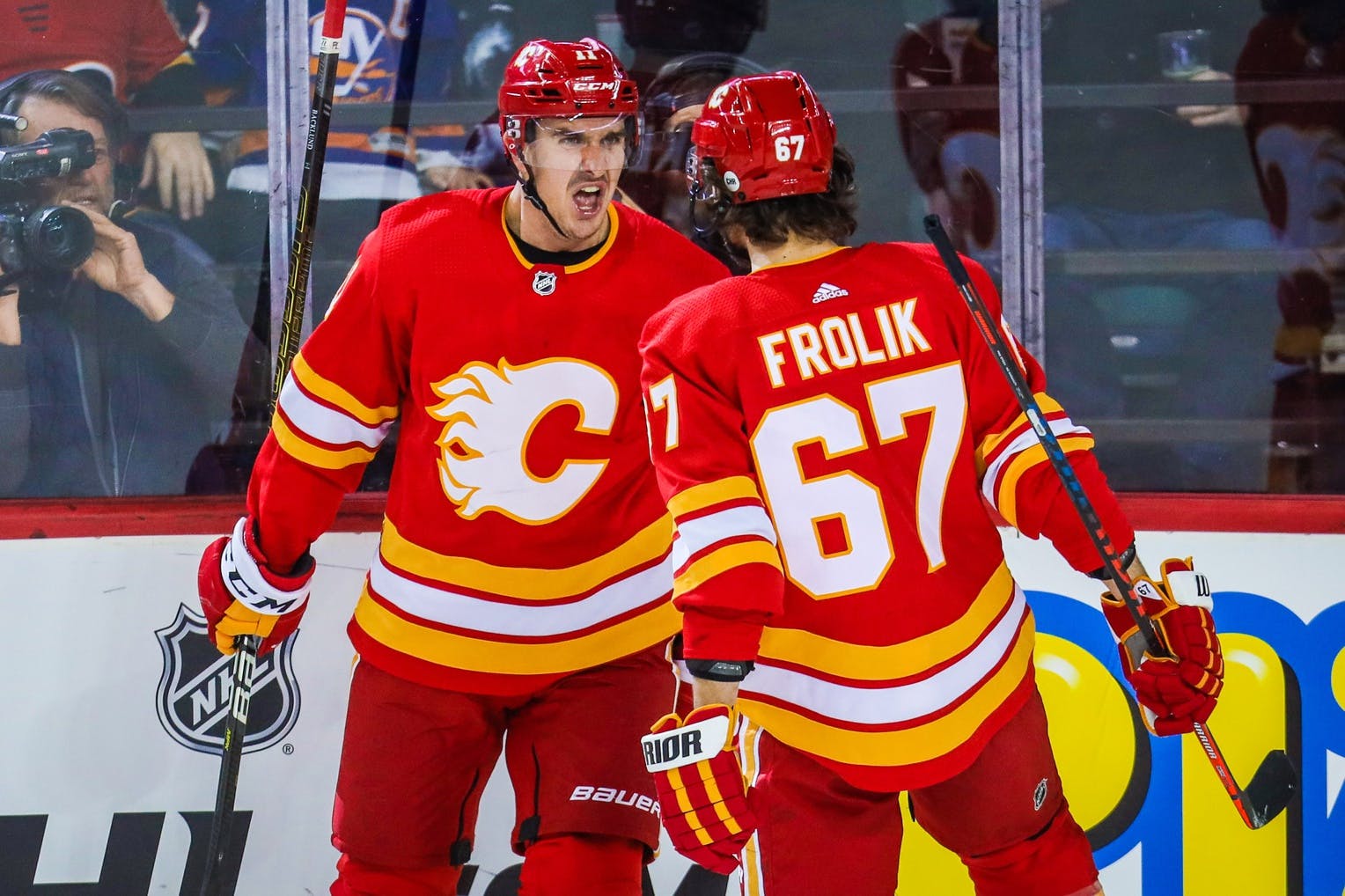 By Ryan Pike
1 year ago
Last week, Calgary Flames forward Mikael Backlund made a little frachise history. Backlund suited up for his 700th NHL game, become part of an elite club who’ve lasted so long with the Flames.
Backlund is one of five past Flames first rounders that remains with the club, and he’s one of the most prolific. Let’s see how he, and the other four, stack up against team’s other past first round selections.

The five that remain

As noted, five prior first round selections remain with the Flames:
The Flames hold the rights to Jakob Pelletier (2019) and Connor Zary (2020), and we’re ignoring them because it’s silly to compare Backlund to junior players drafted 12 and 13 years after him.

The all-time leader for games with the Flames by a Flames first rounder goes to Hall of Famer Al MacInnis with 803. Backlund is second on that list with 703, just 100 behind MacInnis. It’s entirely likely that Backlund will catch MacInnis in the next few seasons and become the first rounder with the most Flames longevity.
Quietly, Monahan is moving up the list. He’s fourth with 554 – behind MacInnis, Backlund and Gary Roberts – and he’ll catch Roberts before the end of this season.
Bennett has played 376 games, and that’s around the time where the Flames seem to cash out from some of their first rounders. Cory Stillman lasted 393 games, Denis Gauthier 384 games an d Dion Phaneuf 378 games.
At 37 games, Valimaki has already played more games for the Flames than 17 prior first rounders (including six that never played a single game).

Roberts scored 257 goals for the Flames and was awesome. Monahan is in third place and is four goals away from 200. (The top five: Roberts, MacInnis, Monahan, Tom Lysiak and Backlund.)
Tkachuk is a goal away from 100 goals, which would make him the eighth first round pick in franchise history to hit that mark.
Valimaki has one NHL goal. That puts him ahead of 17 prior firsts – five of them were goalies – to never score a goal for the Flames. (Don’t draft goalies in the first round, as they’re terrible at scoring goals.)

The top four Flames first rounders in terms of points with the Flames are MacInnis (822), Roberts (505), Paul Reinhart (445) and Lysiak (431). Sean Monahan is fifth at 422 points, and he’ll likely catch Lysiak and Reinhart this season. (We don’t talk enough about how good a player Monahan has been for the Flames.)
Backlund is sixth (373 points) and Tkachuk is seventh (245 points), both way behind Monahan.
—
As you can tell, the current draftees stack up pretty nicely with the club’s best first round picks, and probably reflect the club’s overall improvement in drafting and development over the past decade.
Uncategorized
Recent articles from Ryan Pike