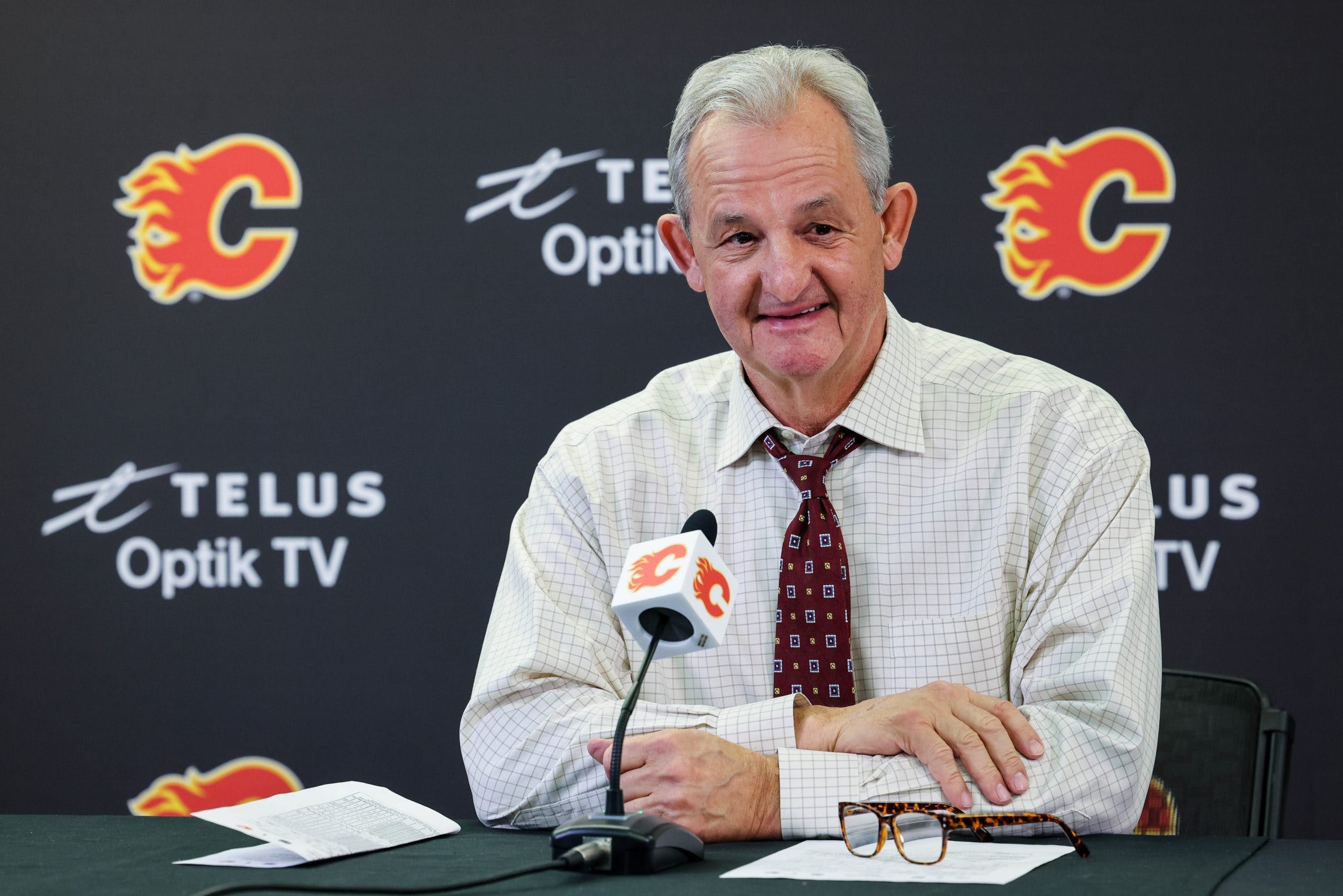 By Ryan Pike
4 months ago
Calgary Flames head coach Darryl Sutter is a lot of things. He’s a farmer. He’s a two-time Stanley Cup champion. He’s the reigning Jack Adams Award winner as the league’s top coach.
And according to an assessment by an app of the NHL’s bench bosses, he’s the league’s second-handsomest head coach.
What are we talking about, you ask?
A report by gambling.com ranked all 32 NHL head coaches based on results provided by a beauty measuring app called Golden Ratio Face.
The app, which is free to download, uses facial symmetry and facial structure to calculate beauty by assigning a score out of 10. Gambling.com says it used portraits from the official NHL website in conjunction with the app to compile the list, rounding decimals up or down to “ensure consistency.”
According to the beauty-symmetry algorithm on the app, Edmonton Oilers head coach Jay Woodcroft’s face has everything a robot could look for, as his features lined up almost perfectly with the specifications listed within the program — which is why he ranks first overall with a score of 9.18 out of 10. 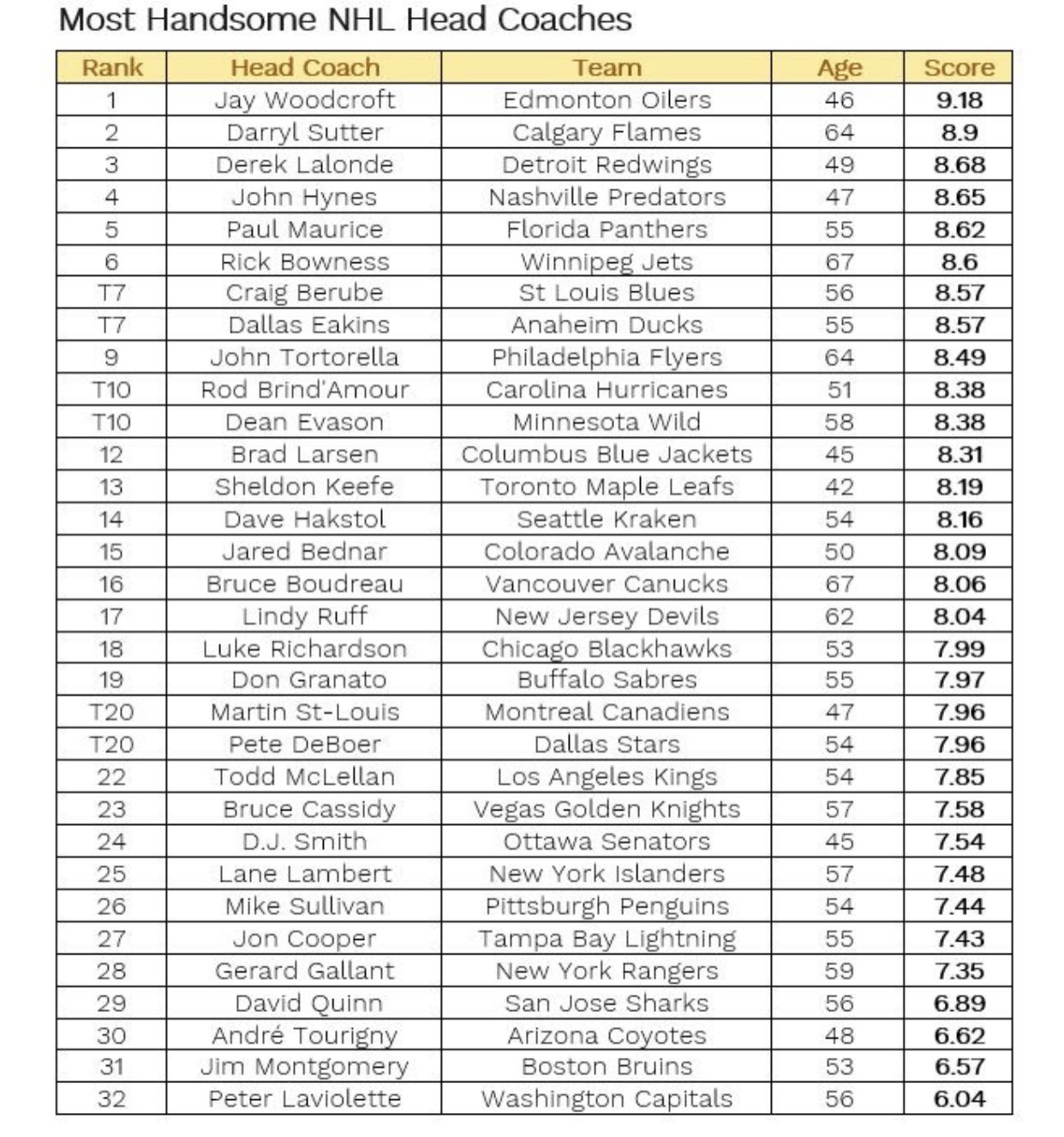 Sutter came in second on the ranking with 8.9 out of 10.
As for the other NHL coaches, Washington Capitals head coach Peter Laviolette scored the lowest with a 6.04, trailing Jim Montgomery of the Bruins by a 0.53 margin.
News
Recent articles from Ryan Pike