Seravalli: “all signs point” to Mark Giordano being exposed in expansion 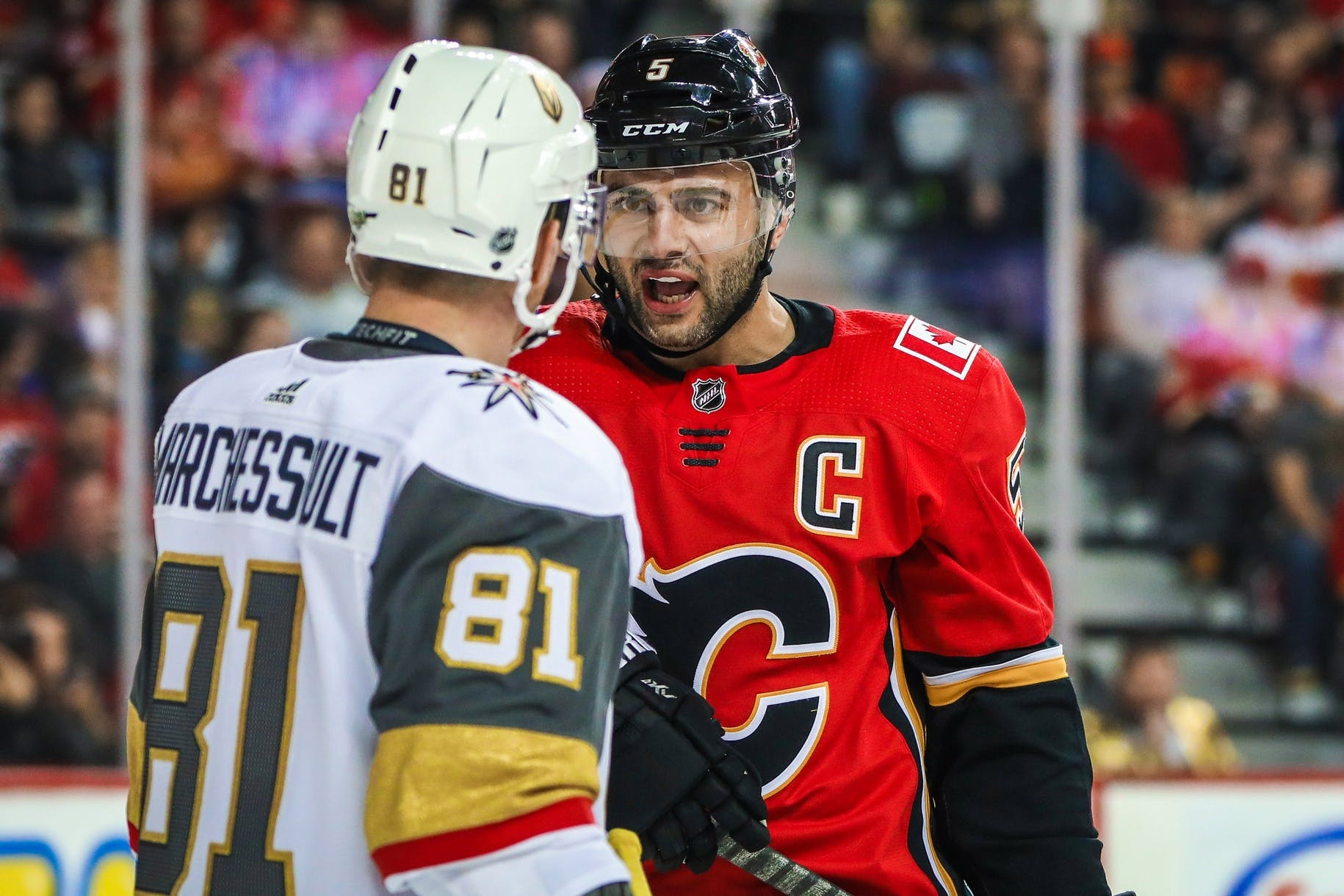 By Ryan Pike
1 year ago
Protection lists for the 2021 NHL Expansion Draft are due in to the league’s Central Registry by Saturday at 3 p.m. MT. The Calgary Flames are expected to be a team that protects a goalie, three defensemen and seven forwards, but per Daily Faceoff’s Frank Seravalli, don’t expect Mark Giordano to be protected.
Seravalli explained the Flames’ situation over at DFO:

No final decision has been made, but all signs point to the Calgary Flames leaving captain Mark Giordano unprotected when lists are due for the Expansion Draft on Saturday. Conversations about the possibility have been ongoing between the Flames and Giordano for a year now, so if it does indeed come to pass, there will be no surprise. Calgary does not plan to entice Seattle with assets to select Giordano. However, if Giordano is chosen, that would free up $6.75 million in cap flexibility for the Flames, who are ready to make a significant change.

Barring anything unforeseen happening, the Flames will protect goaltender Jacob Markstrom, defensemen Chris Tanev, Rasmus Andersson and Noah Hanifin, and forwards Johnny Gaudreau, Elias Lindholm, Matthew Tkachuk, Sean Monahan, Mikael Backlund, Andrew Mangiapane and Dillon Dube.
Forward Milan Lucic has agreed to waive his no-move clause and will be exposed.
The Seattle Kraken will construct their team via the expansion draft and their selections will be announced next Wednesday at 6 p.m. on Sportsnet.
Uncategorized
Recent articles from Ryan Pike