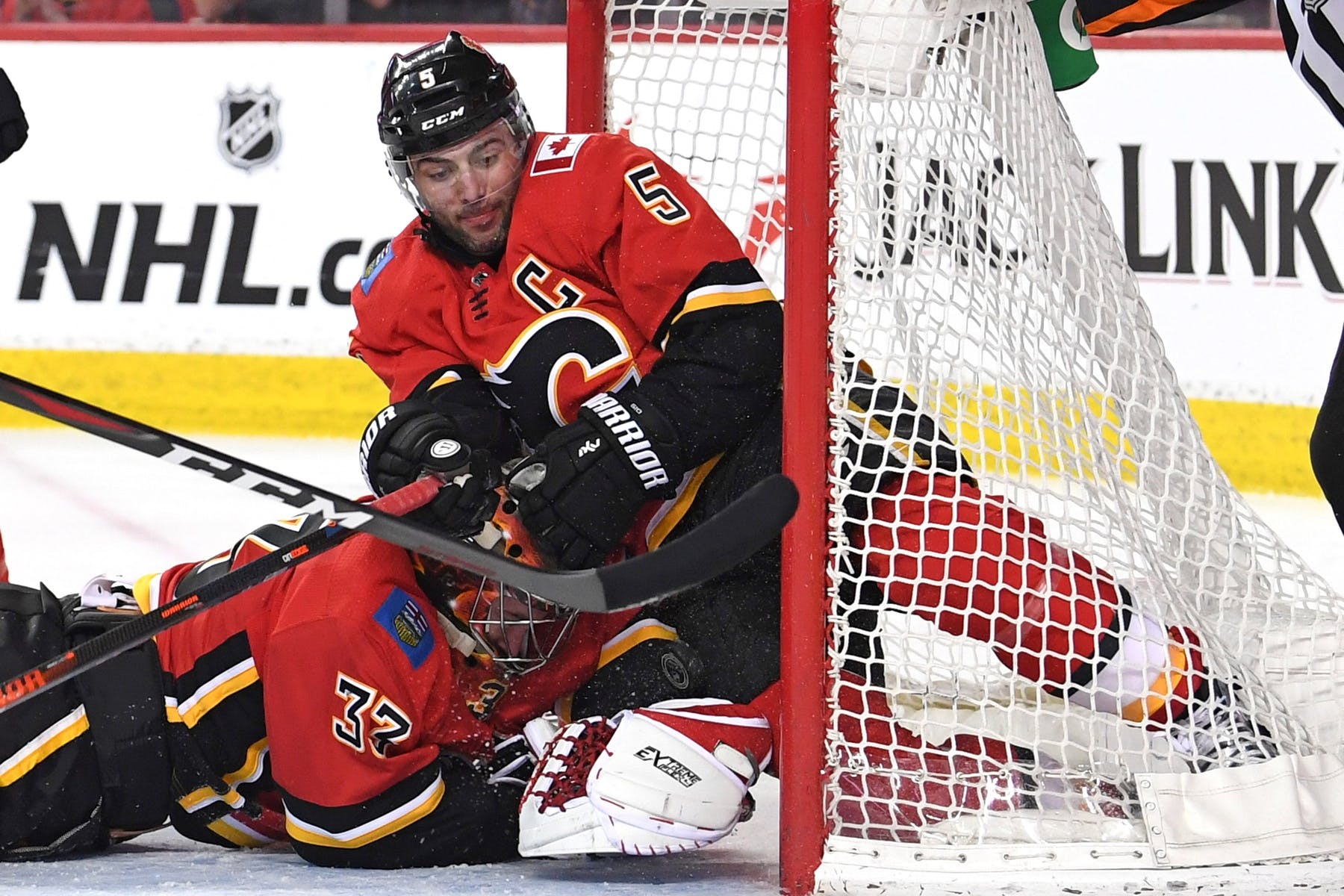 By Ryan Pike
1 year ago
Late Sunday night, our pals Jason Gregor and Frank Seravalli conducted their own mock expansion draft on their DFO Rundown podcast. Based on their draft, folks, expect the Seattle Kraken to select Mark Giordano from the Calgary Flames on Wednesday night.
Seravalli noted he put together his mock draft selections after consulting with some executives from around the league. In regards to Giordano, he seemed pretty definitive that the Flames will be losing their captain.

I think it’s almost definitely Mark Giordano. In fact, I believe that Seattle has given Calgary an indication that they will indeed take Mark Giordano. So I think that’s a really good for for a lot of the reasons we’ve talked about. Leader. Awesome in the community. Has game, quite clearly. The cap hit isn’t so much so that you’re, like, scared to death, and also the fact that it’s only one year. I think that he’s the perfect guy to try to inject some culture and what you want this organization to be.

Seravalli also provided some handy context for why Giordano was exposed by the club:

I don’t think Calgary wants to lose him, at all. I just think, they had to lose someone, they’ve got some younger defensemen. Obviously, Giordano turns 38 and they don’t want to be in a spot where they’re left exposing one of those players who Seattle almost surely would take in addition to the fact that, II mean who’s kidding who, if you’re going to get $7 million off your cap, then that provides the Calgary Flames a lot of flexibility to fill that role with a younger player as they continue to look for change.

The Flames opted to protect Rasmus Andersson, Noah Hanifin and Chris Tanev in the expansion draft. Giordano has one year remaining on a contract that carries a $6.75 million cap hit.
The Seattle Kraken will submit their selections to the NHL’s Central Registry at 8 a.m. MT on Wednesday and their selections will be revealed on a live broadcast (on Sportsnet and Sportsnet 960 The Fan) that airs at 6 p.m. MT on Wednesday evening.
Uncategorized
Recent articles from Ryan Pike