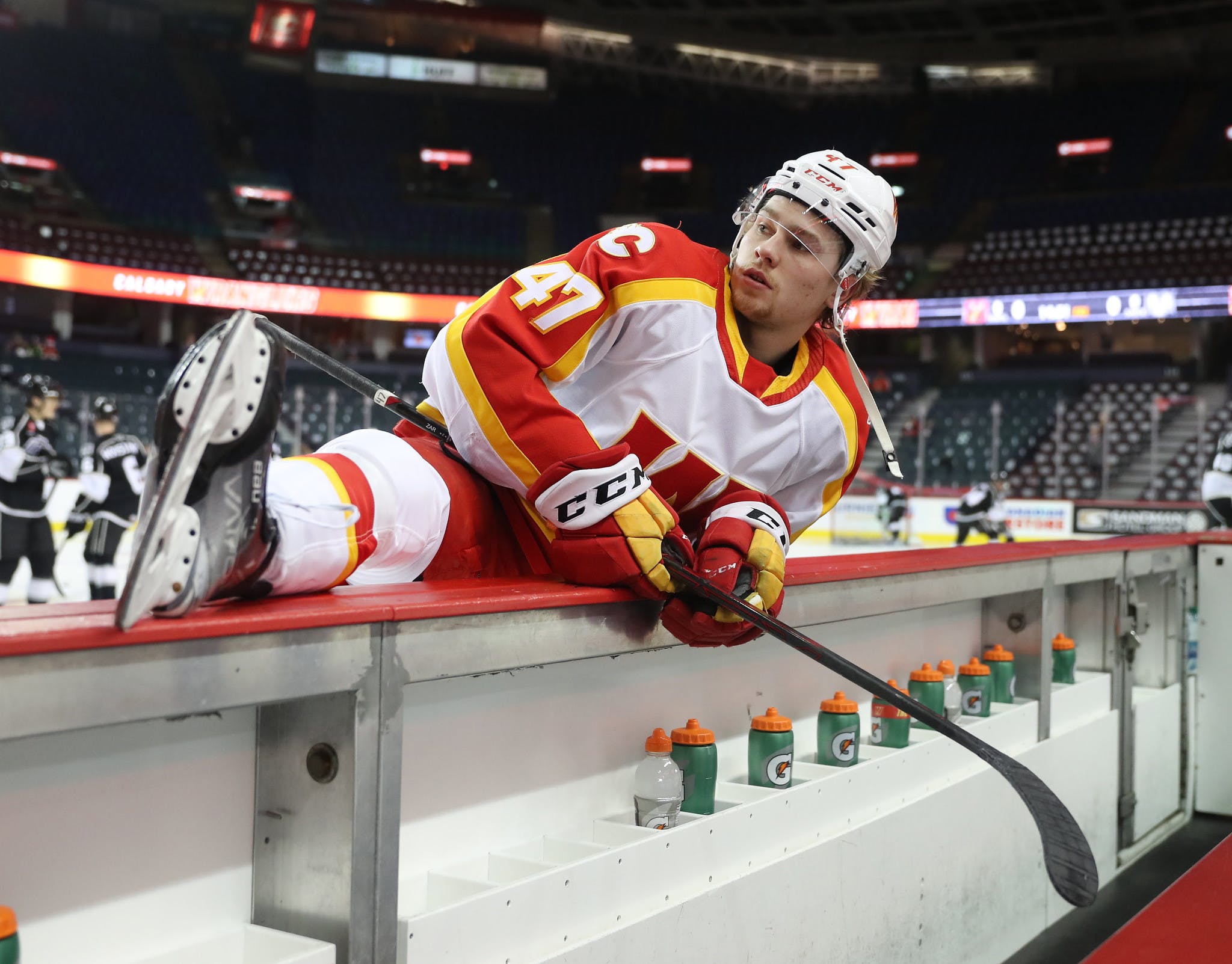 By Paige Siewert
2 days ago
The Calgary Wranglers are back home for the first time since Jan. 10. They returned from a five-game road trip, where they finished up with a 3-2 record. They dropped the first two games on the road trip against the Henderson Silver Knights but made it back into the win column in a three-game series sweep against the Abbotsford Canucks. They’ll kick off a brief homestand against the Ontario Reign on Tuesday and Wednesday before hitting the road on the weekend.

There may be some lineup switches going into this game as some guys have been switching around and slotting into some scrambled up lines. A noticeable absence from last game was Emilio Pettersen. Pettersen was scratched in a few games at the start of the season but has since been an everyday player for the Wranglers. However, his scoring contributions have gone a little quiet as of late.
As we saw with Jeremie Poirier, Mitch Love does not shy away from sitting the regulars if they are not performing at the level he expects them to. Pettersen had a great run of games in December but quieted down in January. Pettersen only has four points in his last 10 games.
He had a total of three shots in the first two games against the Canucks and did not put up any points. Then he was out for the third game. If this is a healthy scratch situation and not a maintenance game, Pettersen should be back for one, if not both upcoming Reign games.
On the other side of that, there is a player in particular that has been playing some of his best hockey as of late. That player is Connor Zary.
With Jakob Pelletier and Walker Duehr making the jump to the NHL, this has left a hole in scoring talent that someone needed to fill in. Matthew Phillips can’t do it all on his own so Connor Zary has complemented his play very well in the interim.
Zary has climbed past Pelletier in scoring since Pelletier joined the Flames and had some big-time games against the Canucks with points in every game. He further solidifies the hype around him as a highly-ranked prospect and is planting the seed that he is also a choice when it comes to NHL call-ups and situations that cause the organization to evaluate the Wranglers depth for options.
Catch Connor Zary and the Calgary Wranglers at home at the Scotiabank Saddledome on Tuesday and Wednesday nights at 7:00 p.m. MT. You can catch these games in person or stream them via AHL.tv. FlamesNation contributors Mike Gould and myself will have updates on Twitter.
News
Recent articles from Paige Siewert