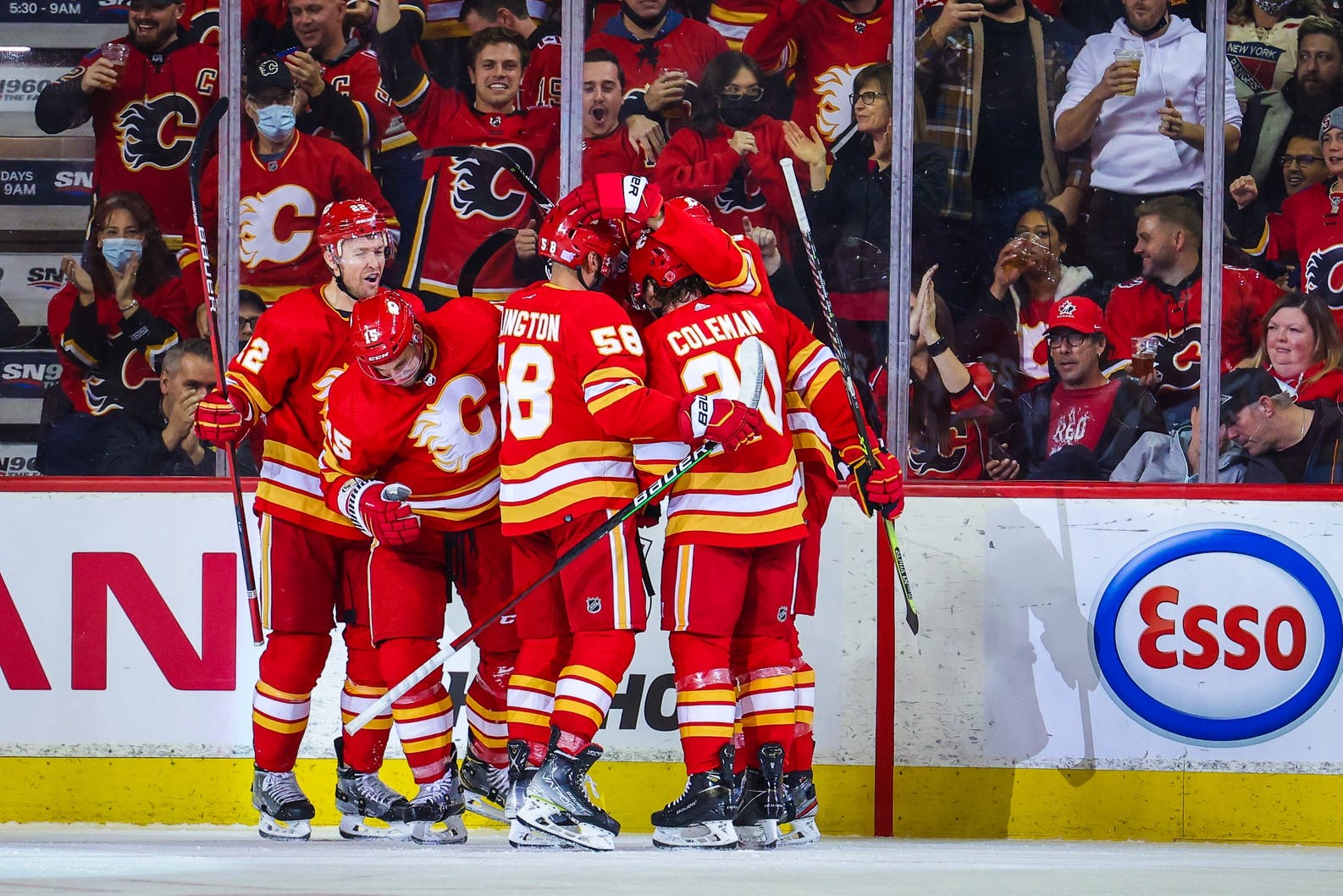 By Ryan Pike
1 year ago
The Calgary Flames’ COVID-19 outbreak has gone from bad to worse. On Wednesday morning, the club announced that an additional seven players (plus three members of the coaching staff and additional support staffers) have entered the National Hockey League’s COVID-19 protocol.
The seven players make it 16 players total currently in the protocol (and 27 members of the organization total):
Not in the protocol, for now:
If everything goes perfectly well and everyone is asymptomatic, here’s roughly when players would be allowed to exit the protocol:
The Flames currently are scheduled to play on Saturday night against Columbus, but that seems improbable given the logistical, medical and cap challenges the Flames currently face.
We’ll have more on this story as it continues to develop.