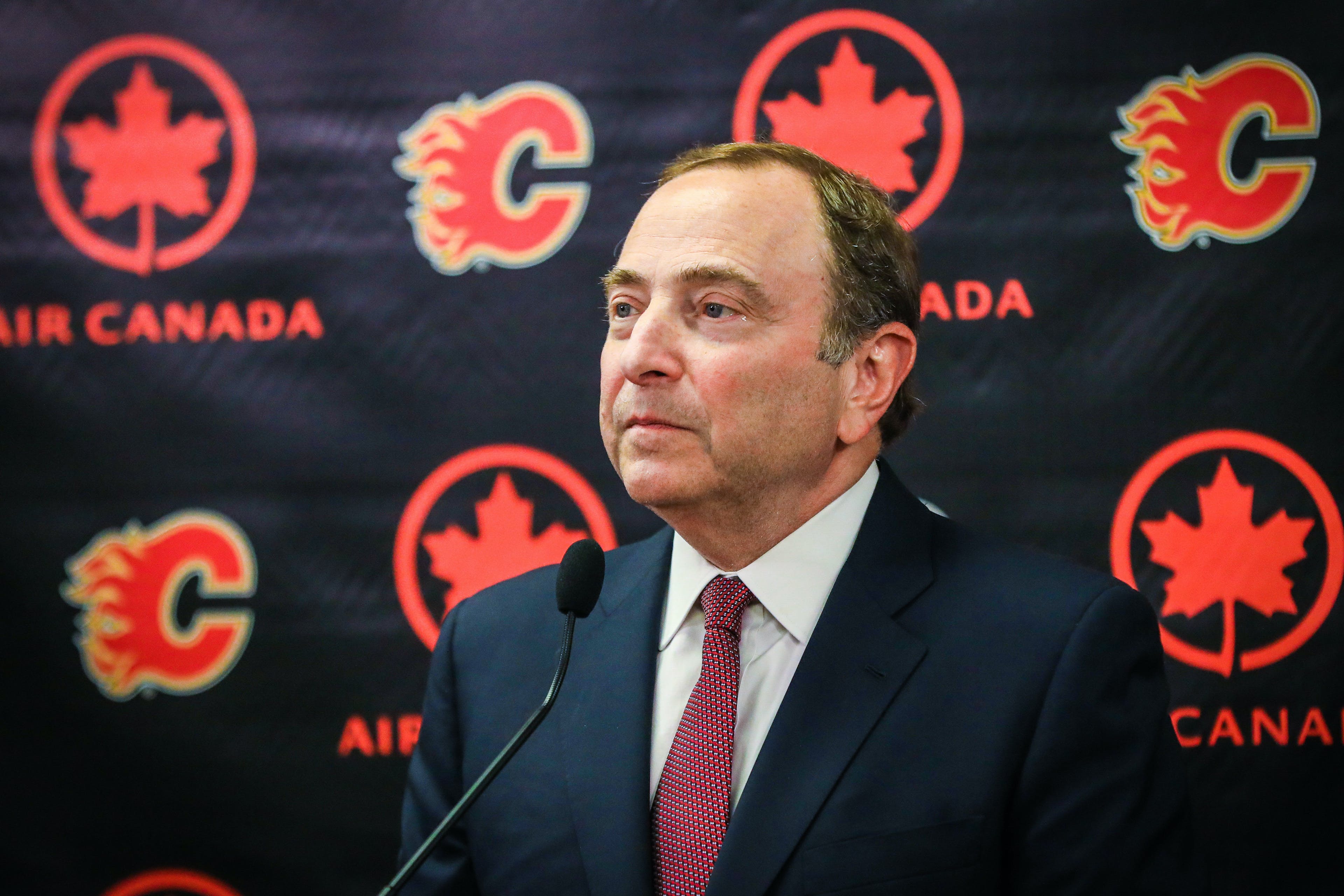 By Ryan Pike
5 months ago
As has become tradition, National Hockey League commissioner Gary Bettman and deputy commissioner Bill Daly held court with the assembled media in Denver on Wednesday evening in advance of the opening game of the Stanley Cup Final. Here are the pertinent takeaways from their chat.
The 2022-23 regular season is scheduled to begin on Oct. 11, which is a Tuesday. The 2021-22 season began on Oct. 12, which was also a Tuesday. The NHL is running about 12 days behind their “usual” schedule this season – free agency usually opens on July 1 rather than this year’s July 13 – and while starting a day later doesn’t seem conducive to catching up, there’s no Olympic break built into this season’s calendar and between that and a slightly compressed schedule, the expectation right now is for the Stanley Cup to be given out next year in mid-June and everything to return to the standard schedule. The 2022-23 schedule will be released in early July.
While not explicitly stated, an Oct. 11 opening day means teams have to be down to their 23-man rosters by 3 p.m. MT on Oct. 10. Training camps would open around Sept. 13 for rookies and Sept. 20 for veterans. (The Flames are participating in the 2022 Young Stars Classic, which runs Sept. 14-18 in Penticton, BC. Pre-season games would begin around Sept. 25.)
Bettman noted that the NHL is projecting that they’ll finish this season with a record revenue total of $5.2 billion, and that estimate might be conservative. That’s a big bounce-back after some tumultuous seasons played in bubble environments – heck, Calgary and Edmonton played in half-full buildings this season due to public health orders. This revenue total is a big jump from the last pre-pandemic season, 2018-19, which Daly recalled saw revenues in excess of $4.6 billion. Responding to a question from Daily Faceoff’s Frank Seravalli, Bettman estimated that the players’ escrow debt will be paid off in “two or three years,” indicating that it’ll be another two or three seasons (perhaps as early as 2024-25) until a significant salary cap jump. The cap ceiling for 2022-23 was previously reported as being $82.5 million, an increase of $1 million from the current season, and the cap will likely increase $1 million per season until the players’ escrow debt from the pandemic shutdown is completely eliminated.
While the league’s growth is in part because of sweet, sweet gambling revenues – and the new American television deals with ESPN and Turner Sports – don’t expect the NHL to get too hands-on with teams in terms of encouraging more open injury disclosures. “If our betting partners have to take back seat to health and safety of our players, so be it,” said Daly. (Bettman and Daly were not asked about teams disclosing their starting goaltenders during the availability.)