The City of Calgary spent $16.8 million on developing the new arena prior to the deal’s termination 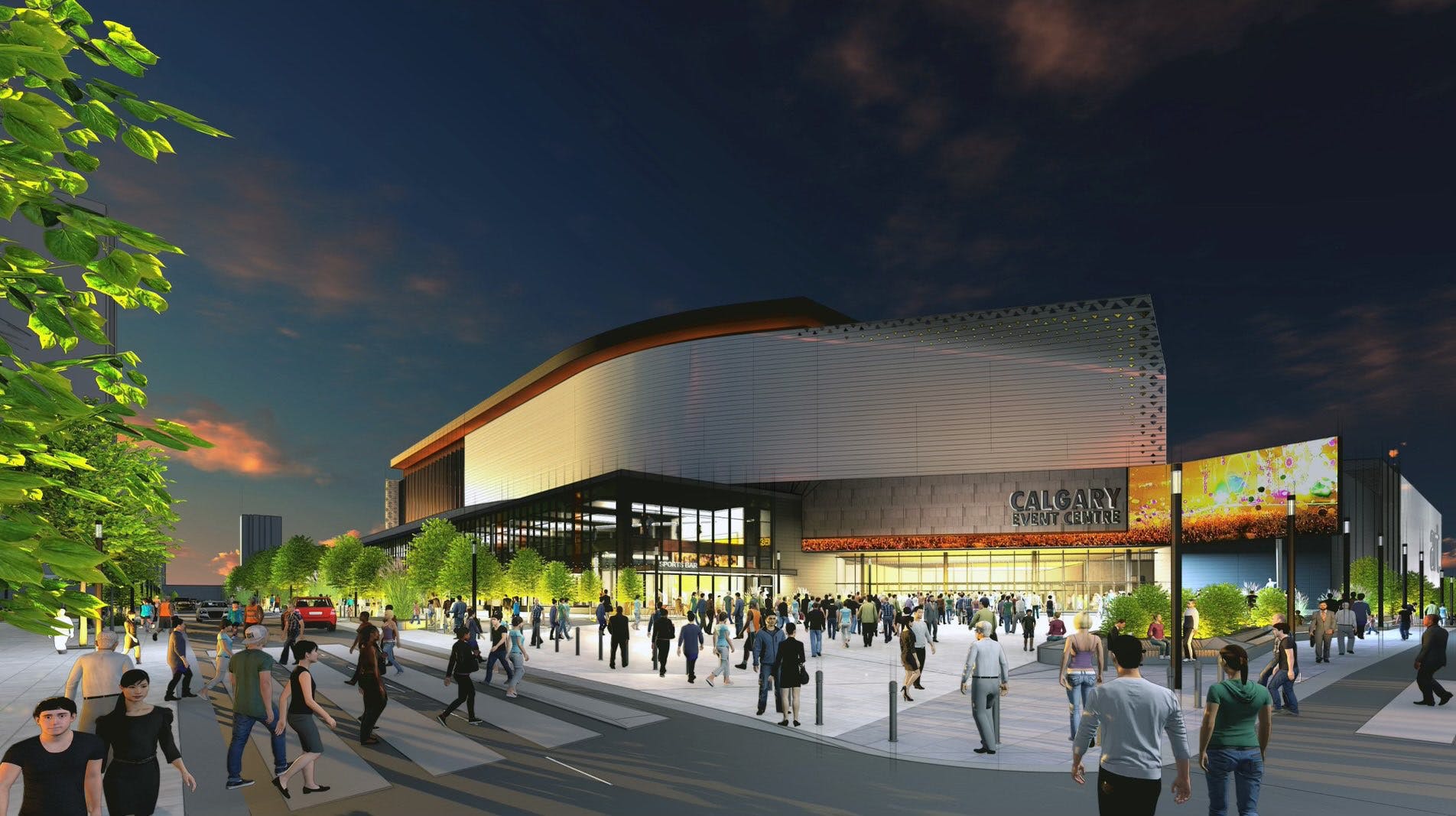 By Ryan Pike
4 months ago
The City of Calgary spent approximately $16.8 million towards development of the new Victoria Park arena before their deal with Calgary Sports and Entertainment Corporation broke down, according to a city council briefing document – first reported by LiveWire Calgary on Monday.
The figure comes from a briefing document updating the city’s capital and operating spending, slated to be discussed at council’s executive committee meeting on Thursday – the rivetingly-titled “2022 Mid-year Operating and Capital Budget Revisions Report.”
From the document:
“The timing of this report also coincided with the closeout process of the previous Event Centre agreements. The closeout process of the previous agreements has concluded with a near final contribution by the City of Calgary of $16.8 million of the $312.9 million approved capital budget, leaving a remaining balance of $296.1 million. Approximately $14.2 million of closeout costs represents The City’s 50% contribution to the total closeout cost estimate for design development and enabling works, shared with the Calgary Sport and Entertainment Corporation.“
(The $312.9 million capital budget cited here encompassed the $287.5 million for construction of the new facility, as well as costs to demolish the Saddledome, upgrade roadways in and out of the area, and some other related expenditures.)
$14.2 million of the expenditures were matched by CSEC expenses on the same items, as per the 50/50 split of eligible building costs towards the new facility. Per LiveWire’s reporting, the other $2.6 million were a mixture of the city retaining its own consultant, plus some transaction costs.
We’re told that CSEC retains ownership of the arena design work completed to date by HOK, which was very far along – the project was preparing to begin construction when the deal was terminated in December 2021. It remains to be seen if any of the design and enabling work would need to be replicated in the event of a new arena deal.
City council’s event centre committee continue to work on a new arena deal, with discussions between the City and CSEC being facilitated by a neutral third party.