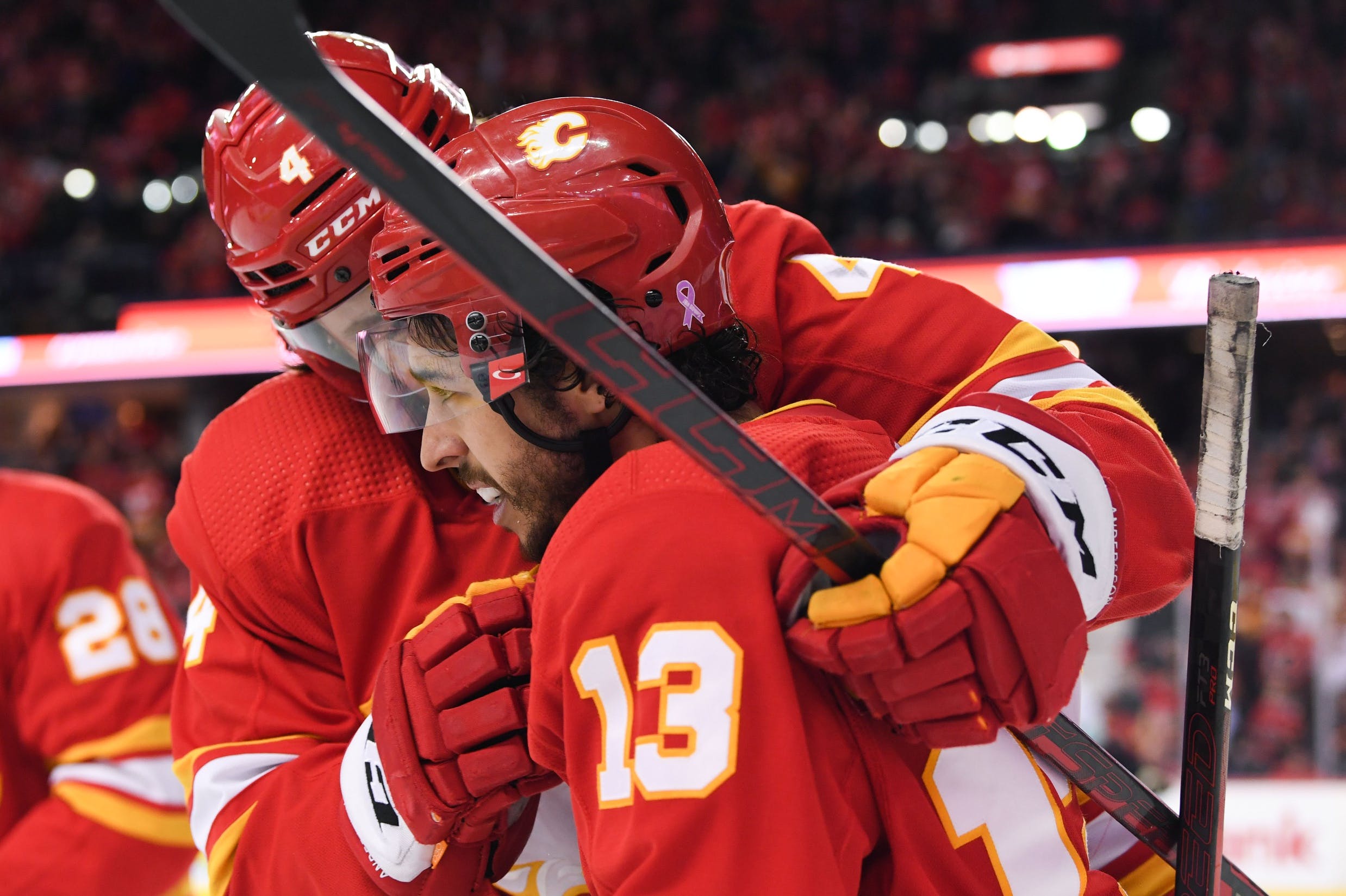 By Ryan Pike
9 months ago
Friends, in our travels throughout the city, we’re hearing two things from fans of the Calgary Flames. The first is excitement about the possibility of a lengthy playoff run. The second is a general level of gnawing anxiety: the fanbase seems to know that the team is good, but they’re worried that the good times are unsustainable and that the proverbial Charlie Brown/football moment will soon be nigh.
We dove into the individual results for the team’s key regulars and the good news is this: most of their breakout offensive seasons are driven by process, not puck luck.

Getting into the theory of things

In the analytics community, one term that’s often thrown about is “sustainable.” As in: are a team’s success or struggles representative of how we should expect their results to be.
From an offensive standpoint, if a team is generating a high quantity and high quality of chances and not scoring, their struggles are unsustainable – if they keep doing what they’re doing, their numbers will bounce back. Similarly, if a team scores a ton but does so off low quantity shots or a low quantity of shots, you wouldn’t expect that to continue, would you?
Let’s dive into the Flames’ key players production at five-on-five from that perspective. (Unless otherwise noted, all stats cited are from the fine people at Natural Stat Trick and are all five-on-five.)
Shots per 60 minutes reflect shot volume. Individual expected goals per 60 (iXG/60) are a reflection of shot frequency and danger level.

We’ve discussed in the past, and you’ve probably seen with your eyes during games, that the Flames under Darryl Sutter have really focused on their attention to detail in their checking and puck possession. That means the Flames have the puck more than they have before – and that’s reflected in basically everybody but Toffoli or Backlund seeing career-highs in possession metrics – and having the puck more leads to high shot volumes.
The uptick for most players in terms of individual expected goals and shooting percentage is, itself, also a product of their possession game. The Flames have the puck more often, which in theory allows them to wear down the opposition, get more dangerous scoring chances more frequently, and bury those chances. The Flames’ individual players are experiencing shooting percentage increases, but most of them are within spitting distance of their usual career numbers and the shots they’re getting are in dangerous areas.
It’s not like they’re scoring a ton of goals from 60 feet from the net; the chances the Flames are getting are from areas, to steal a phrase from their coach, where goals are scored in the playoffs. Their checking and puck possession are providing a platform for their attacking, and their attacks are way more dangerous than in previous years, allowing them to score much more frequently than in previous seasons.
In short: if the Flames keep playing the way they’ve been playing for the past 79 games, it’s not unreasonable to expect them to keep getting high shot volumes, dangerous scoring chances, and goals.