The Flames need to seriously re-evaluate their power play 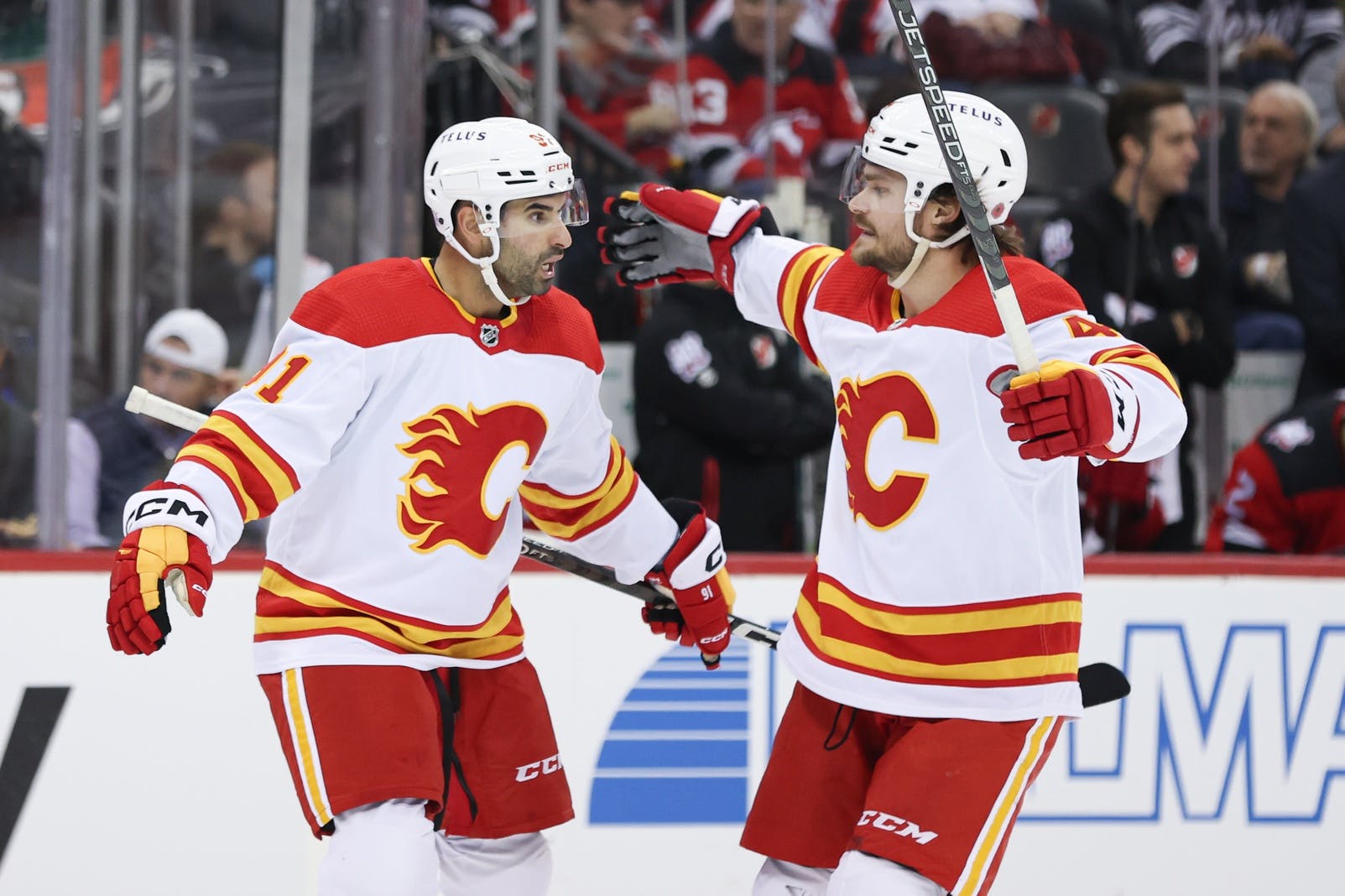 By Ryan Pike
1 month ago
The Calgary Flames are a much different team than they were a season ago. With the departures of Sean Monahan, Johnny Gaudreau and Matthew Tkachuk over the summer, the club lost three quite productive five-on-five players, which has really put the onus on the club’s power play to be a difference-maker in tight-checking, low-scoring games.
Through 31 games, the power play hasn’t nearly been what the Flames have needed it to be.
Last season, the Flames had a very productive power play. Usually they used a first unit comprised of Gaudreau, Tkachuk, Elias Lindholm, Rasmus Andersson, and one of Sean Monahan or Tyler Toffoli. The second unit was a bit more of a mish-mash, but typically the Flames had Noah Hanifin, Andrew Mangiapane, Mikael Backlund, Dillon Dube and Milan Lucic. (Sometimes they swapped out a forward for Oliver Kylington if they wanted a bit more speed.)
The Flames were 10th in power play productivity in 2021-22, scoring on 22.9% of their man advantages. In terms of pure goals for, they were tied for 10th in the league. Any way you slice it, the Flames’ power play was really good and helped the team win. The Flames were 30-7-4 when scoring a power play goal in a game – regardless of what the other team did in the game – and 20-15-7 when their PP was blanked.
Over the summer, the Flames lost 23 goals from last season’s power play due to the departures of three players, but they added three players who combined for 14 PP goals on their old teams. The hope was likely that the team might take a slight step back, but adding the new faces to the PP and providing opportunities for some old faces to have bigger roles would keep the Flames’ PP in the top half of the NHL’s rankings.
That has not come to pass.
So far in 2022-23, the Flames are 25th in converting power plays (scoring on 19.8% of their advantages) and they’re 20th in the NHL in power play goals for overall. While the results haven’t been great, their process numbers aren’t inspiring either. Heading into Saturday’s games, they were 23rd in expected goals for (per 60), 23rd in scoring chances for (per 60) and 19th in high-danger chances for (per 60). They’re one of 10 teams that has yet to score a five-on-three goal in 2022-23. The Flames are 10-3-3 when they score a power play goal, and 3-9-3 when they don’t.
The obvious question from the dip in results, likely more pronounced than expected given the summer changeovers, is why?
The frustrating thing, from the outside, is that it appears that Darryl Sutter and Kirk Muller are using the right players on the two main PP units this season. We looked at power play goals above replacement value from the past three years on Evolving Hockey for all the players on the Flames’ roster; the top five performers were Jonathan Huberdeau, Nazem Kadri, Lindholm, Toffoli and Andersson, the five guys on the top unit this season.
And when you look at the performance of every player who’s performed on the Flames’ power play this season (via Natural Stat Trick), the five guys who are on the first unit are the guys generating the most. It would be hard to justify swapping somebody out for somebody on the second unit.
But despite all this: the power play just isn’t producing consistently enough.
The big problem with the power play doesn’t appear to be the personnel. As mentioned, they’re the five most productive options they have available to them. But the current Flames’ attack on the man advantage is very passive and lacks urgency. There’s not a ton of player movement within their attack, and as a result the power play tends to be a series of passes between relatively stationary players, which makes them predictable and easy to disrupt.
When they do have success, it’s usually because they either score quickly off the face-off before the opposition has a chance to get set up, or because the Flames attackers break formation and improvise due to a shot block or another bounce.
When you have a Gaudreau making strong passes or a Tkachuk causing trouble the blue paint, your club can have a tactically predictable power play. When you don’t, you have to have a dynamic, energetic power play. The Flames have talented players on their top power play unit. They need to let them inject some creativity and movement into their man advantage play so they can score some goals.
Before it’s too late.
Editorials
Recent articles from Ryan Pike