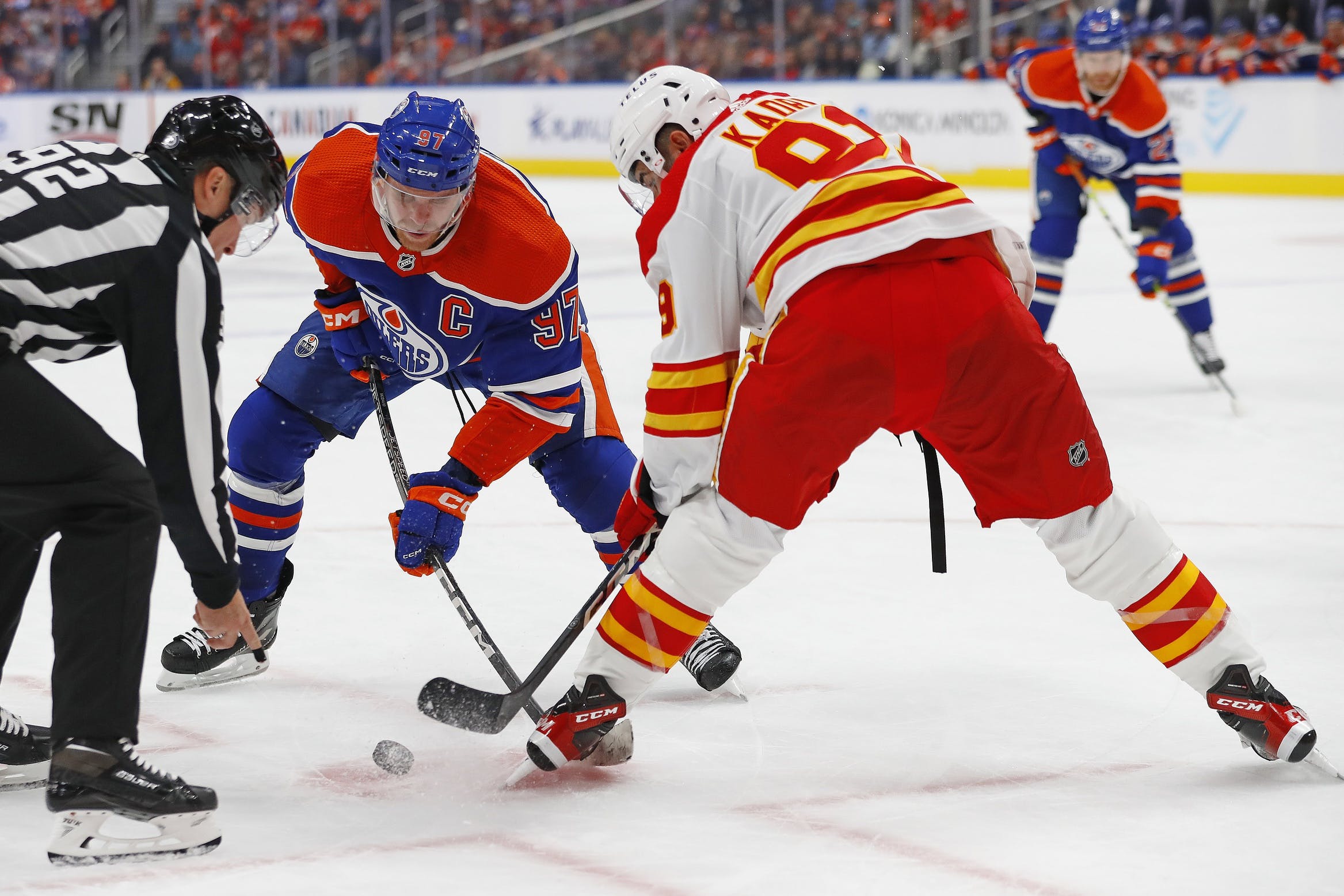 By Ryan Pike
1 month ago
The Calgary Flames have faced two very stiff tests in their opening two games of the 2022-23 season with games with the two 2022 Western Conference playoff finalists, the Colorado Avalanche and Edmonton Oilers. They walked away from both situations with victories, but neither game unfolded ideally.
But a pair of imperfect wins may have been an ideal outcome from their first two games.
Let’s focus on the positives first:
The Flames out-chanced their opposition: Against two high-octane opponents, the Flames were generally the more potent offensive club. Per Natural Stat Trick, they out-chanced Colorado 22-14 (and in two of three periods) and Edmonton 27-21 (and in two of three periods).
The Flames led for most of the games: They led for 95 minutes, were tied for 15 minutes and trailed for less than 10 minutes, and that was after the weird opening goal against Colorado. They weren’t chasing for very long.
The Flames’ power play was pretty strong: The Flames scored three power play goals on nine opportunities – from Tyler Toffoli, Elias Lindholm and Nazem Kadri. Across those nine advantages, they generated 18 scoring chances and eight high-danger chances. For a group that’s still getting accustomed to playing together, it’s a great start.
The Flames showed maturity in game management: Sure, the Flames were buoyed by timely goals and some nice puck luck in both games. But they spotted themselves leads and were able to weather the storm from some pretty damn good offensive clubs. They bent, but they didn’t break, and in both game they allowed the opponent to put a dent in their leads, but not completely catch up. The Flames didn’t dominate, necessarily, but that’s tough to do against Colorado and Edmonton.
The Flames didn’t rely on one hot player or line for scoring: The Flames had nine different goal-scorers over two games, and 14 of their 18 skaters registered points. (And while not “scoring” technically, both of their goaltenders have already registered wins.
In general, against a Colorado team playing their second game in as many nights and an Edmonton team that had a similarly shaky start in their opener against Vancouver, the Flames showed a lot of positives. (And that’s not to pooh-pooh the positives: they were in a position to play well, and generally they did.)
But there are some areas for improvement, and they’re pretty interconnected.
Puck management and transition weren’t consistently solid: Before we rag on the Flames’ transition game and puck management in the neutral zone, let’s just note that they struggled at this for the back half of the Colorado – when the Avalanche made a push – and the second period against Edmonton – when the Oilers made a push. In both of those games, the Flames struggled with the so-called “quick outs,” their rapid-fire quick passes from defender to defender to forward that they use to (a) exit the defensive zone and (b) create speed in the neutral zone. Their quick outs being not as quick as needed, or not as accurate as needed, led to turnovers, odd-man rushes against, and penalties against.
High-danger chances were a bit uneven: This is admittedly a nitpick, but while the overall scoring chance metrics were heavily tilted towards Calgary, the high-danger metrics were only slightly tilted towards the Flames – 8-6 against Colorado and 11-9 against Edmonton. Again, tip your hats to the opposition, who managed to really push back against the Flames in the back half of those games.
The Flames are taking (bad) penalties at bad times: This is connected to the puck management bit, but Darryl Sutter noted that the Flames took “bad penalties” against Colorado and that’s what eventually led to Colorado’s power play goal (and helped Colorado make the end of that game a bit more dramatic than necessary). Against Edmonton, a similar thing happened in the second period, as the Flames got a little too casual with their puck movement and a turnover in the neutral zone led to a penalty and a Connor McDavid PP goal that helped make Saturday’s ending pretty dramatic, too.
The penalty kill (in a small sample size against very good PPs) has allowed goals: Again, a nitpick here: the Flames have allowed two goals on eight attempted kills. While they did score a nifty shorthanded goal against Colorado, the Flames probably hope they can get their success rate up a bit in future outings.
Don’t let these criticisms cloud the successes of the first two games. The Flames were asked to play the teams they played, in the situations they played them in… and they beat both teams. Each of the games were close and dramatic at the end, primarily because the Flames didn’t play perfect hockey games. If they played perfect games and won, or played poorly and lost, the lessons might not have hit in the same manner as these ones probably will. Instead, they’re feeling good about the outcomes, and can hedge their potential improvements in the context of what they’re already doing well.
They have a lot of details in the game they can tidy up as the season progresses, and that’s a factor that will likely contribute to future success.
Editorials
Recent articles from Ryan Pike