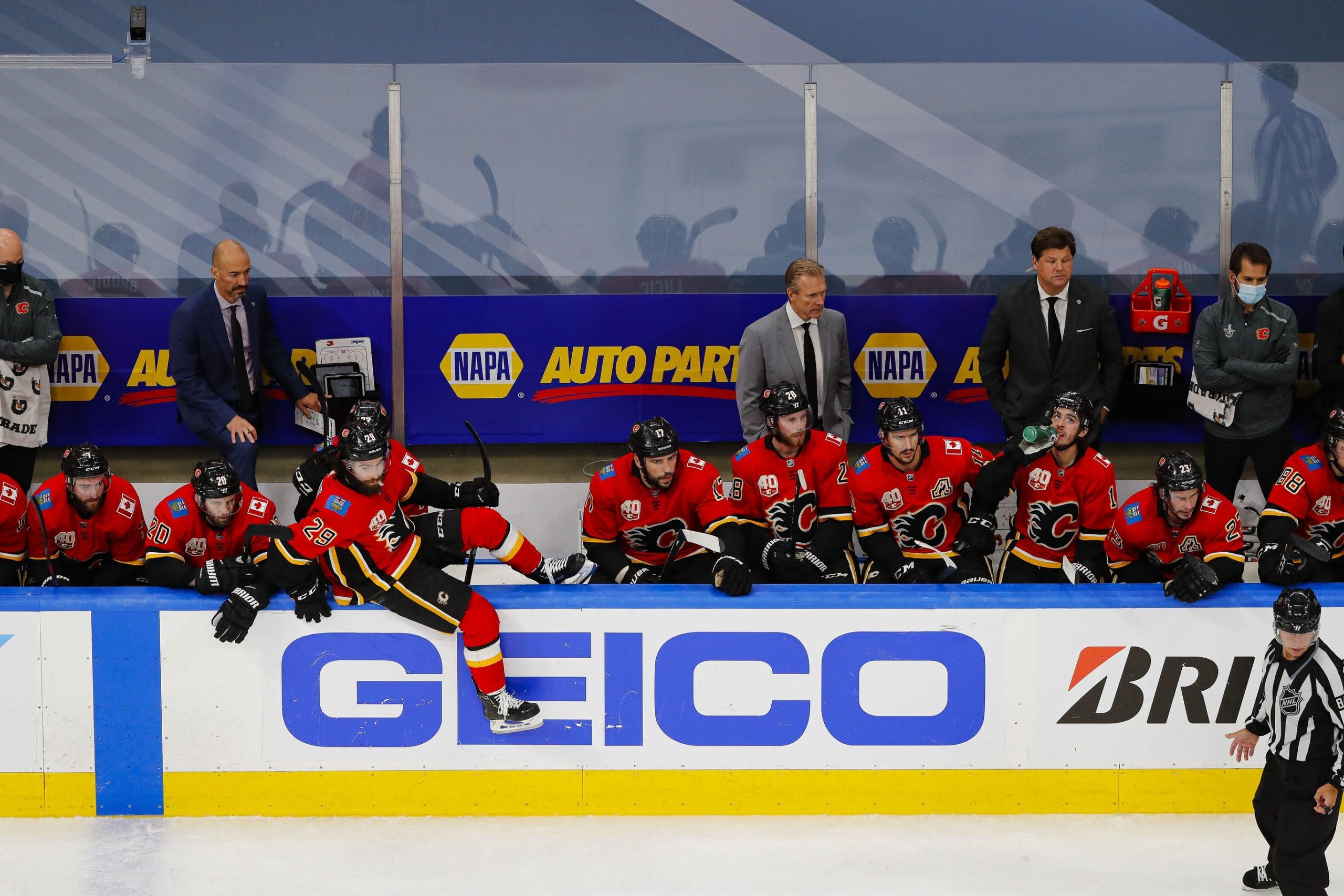 By Ryan Pike
1 year ago
The Calgary Flames made a big coaching change this week, hiring Darryl Sutter as their new bench boss. But Sutter won’t be here until after the weekend, so it’s a unique opportunity for assistant coach Ryan Huska to get a short audition as he’ll run the bench for the Flames in their two weekend games.
Huska, 45, has been an assistant coach with the Flames since 2018, but previously was head coach with the AHL’s Stockton Heat (2015-18) and Adirondack Flames (2014-15) and the WHL’s Kelowna Rockets (2007-14). He hasn’t ran the bench in the NHL before, but he’s an experienced coach who’s been involved in big events before like the World Juniors and the Memorial Cup.
While Sutter won’t be physically on the bench, he’s being looped into the coaching and planning processes for the weekend’s games.
“We’ve had conversations, for sure, already,” said Huska on Friday afternoon. “We had a conversation last night. We’ve had some Zoom calls already this morning, so he’s the guy that’s ultimately going to be in charge and that’s something we’re all looking forward to… So for us, the staff that’s going to be up in Edmonton, it’s sort of business as normal.”
The Flames (11-11-2, 24 points) enter the weekend two points back of Montreal for fourth place and four points back of Edmonton for third place – Montreal has two games-in-hand on Calgary and Calgary has one in-hand on Edmonton. A good weekend could put the club right in the playoff mix just as Sutter fully takes the reins.
It’s a really important weekend in the standings, and a pretty exciting opportunity for an up-and-coming coach in Huska who could be in the mix for NHL head coaching jobs before too long.
Uncategorized
Recent articles from Ryan Pike